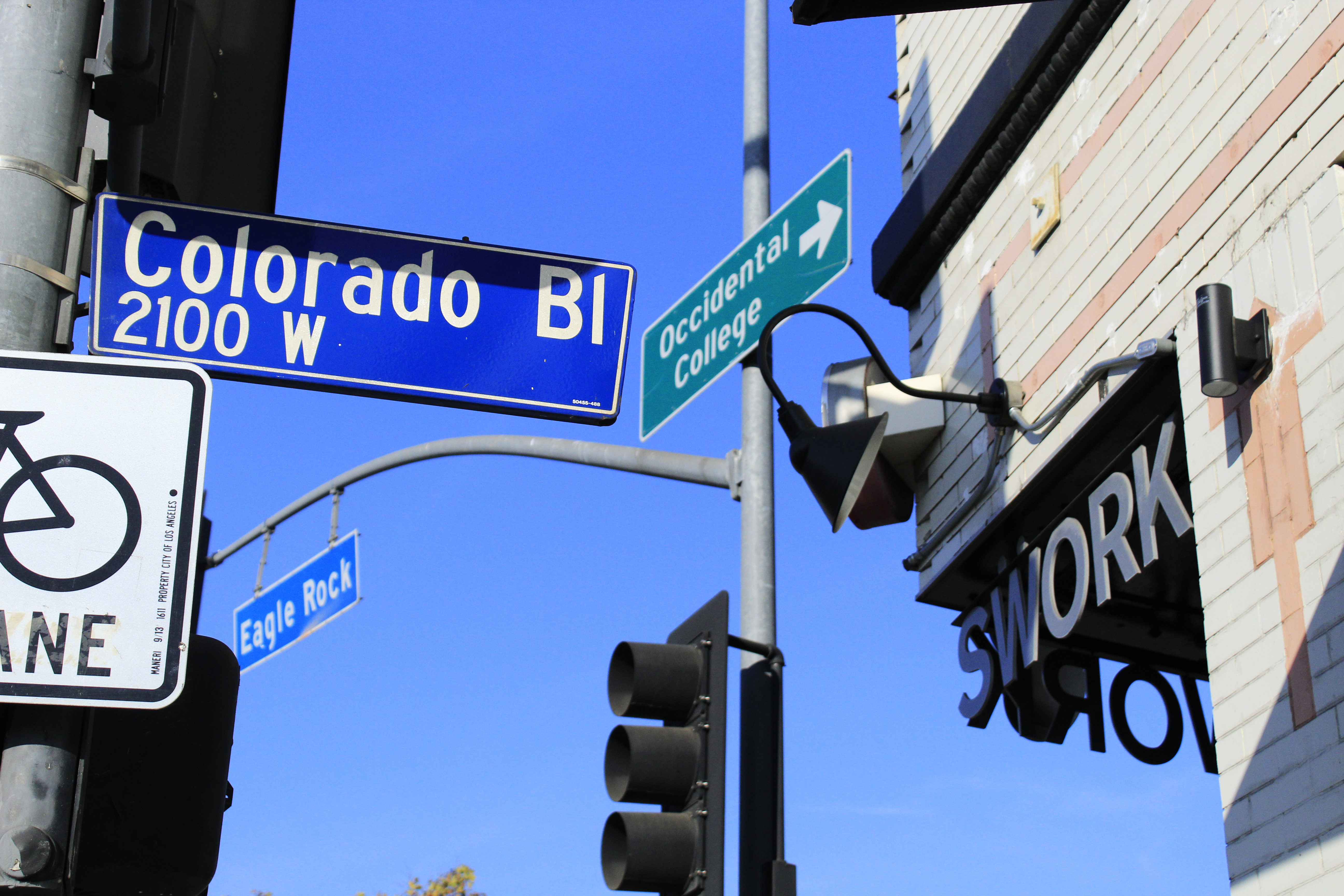 Nica Aquino, digital content coordinator at Avenue 50 Studio in Highland Park, has worked for the past two years on programming for Araw Ng Mga Patay (Day of the Dead), which coincides with Filipino American History Month. She centered these events around how the dead are honored in Filipino culture. According to Aquino, Avenue 50 is scaling back on these programs this year because its physical programming has been restricted due to the pandemic. Instead, the gallery is honoring the history month by providing titles for recommended reading about the Filipino American community and sharing Filipino recipes in their newsletter.

Aquino said she also designed and assisted co-curators Kayla Palisoc and Steph Littlebird Fogel with “Untold Parallels,” an online exhibition available from Oct. 1–Nov. 21 that examines the intersections of colonialism within the Filipino diaspora and Indigenous people in North America. Aquino said the exhibition is a dual celebration of Filipino American History Month and Indigenous Peoples Day.

“There’s a lot that isn’t spoken about in U.S. history. A lot of people don’t know that the U.S. colonized the Philippine Islands and a lot of people don’t know they trafficked our people to the U.S. and displayed them in human zoos,” Aquino said. “I think this month is special because it isn’t only like, ‘Give us acknowledgement,’ but it lends us more visibility to talk about these histories that [the U.S. government] worked so hard to erase.”

Filipino American History Month is also a month to showcase the diversity within the Filipino American diaspora. The 27th Festival of Philippine Arts & Culture (FPAC) was virtually hosted by FilAm Arts in Historic Filipinotown Oct. 23–25. Aquino, who is the curator of the visual art exhibition for FPAC, said the various  artworks she curated for the exhibition, from the presidential race to Black Lives Matter, show the range of thought and backgrounds amongst the artists she worked with.

“With our culture, we tend to be very homogenized. A lot of people just think, ‘Oh yeah, Filipino — they all speak Tagalog.’ They don’t realize we’re a whole archipelago and there’s over 100 languages and 700 islands,” Aquino said. “I really wanted to highlight with the artworks that I selected for the show that we are a diverse culture.”

Eliseo Silva is one of the featured Filipino American artists in FPAC this year, whose 1995 Historic Filipinotown mural “Gintong Kasaysayan, Gintong Panama” is the largest Filipino American mural in the U.S. For Silva, art is not only a highlight of Filipino American History Month but is also crucial to understanding the Philippines’ history, because art centers stories of the people rather than of the colonizer. According to Silva, this history first began when the celebrated Filipino painter Juan Luna won a gold medal at the 1884 Exposición Nacional de Bellas Artes in Madrid for his painting, “The Spoliarium.”

“The Philippines is a nation where [its] beginnings are traced to art — to the ‘Spoliarium,'” Silva said.

José Rizal, Luna’s contemporary and a Philippine nationalist, delivered a toast speech upon Luna’s receipt of the award for “The Spoliarium.” According to Silva, Rizal’s toast speech expressed how the Philippines had become Spain’s equal through art — 14 years before the Philippines’ formal independence from Spanish rule. For Silva, this 1884 speech conveys why it is important for today’s Filipino American artists’ works to be highlighted.

“Art has empowered the community to create their own story. It creates a path for the Philippine story to be the protagonist in the global narrative,” Silva said.

However, Aquino said within Filipino culture, there is a generational gap in perceptions of the arts. For instance, she said selecting a career in art is widely frowned upon because it is viewed to be less lucrative than other career paths such as healthcare and law.

“[The arts] is another way of storytelling for us that, for a long time, just hasn’t been taken seriously,” Aquino said. “Sharing the history of our culture through the history month and using art as a platform to share is just another extension of the oral histories that have been passed down generationally.”

Victor Chico, Occidental Postal Operations Center manager and karate teacher, immigrated from the Philippines to Highland Park in the 1970s, where he has lived ever since. Chico said previous local Filipino American History Month celebrations have showcased singers and tinikling (a traditional Philippine folk dance) performances.

“If you don’t study [cultural arts], learn it or visit it, it will kind of disappear because everything is so fast right now, especially with COVID,” Chico said.

For Chico, meeting other Filipino Americans through the history month’s events is also a way to keep the tradition of language alive. Making this conscious effort to keep Filipino Americans connected with their heritage also serves to bridge generational gaps, according to Chico.

“The art of Tagalog is really hard to learn,” Chico said. “Language is an art, and to me, it’s very, very important for the younger generation to actually learn to speak it — at least enough to communicate to elder [generations].”

With a nearly 40 percent mortality rate, the COVID-19 pandemic has disproportionately affected Filipino Americans in Southern California due to high numbers of preexisting health conditions, multigenerational homes and healthcare workers within the community. Silva said that as a result, he believes this year’s history month is a time when people can find strength from their ancestors and history.

Outside of FPAC, Silva’s upcoming work, “Talang Gabay: Our Guiding Star,” will honor Filipino American healthcare workers. This work will be the eastern gateway to Historic Filipinotown, for the Historic Filipinotown Eastern Gateway Project, as part of elected officials’ efforts to bring more visibility to LA’s ethnic enclaves. The gateway was originally planned to be unveiled in October in honor of Filipino American History Month. However, due to the pandemic, it was delayed by several months and no new date has been announced.

According to Silva, the Historic Filipinotown eastern gateway will feature, amongst other symbols of Filipino culture, the hibiscus flower. He said the hibiscus flower was a common motif in warrior tattoos and was also commonly used by Babaylan (precolonial Philippines spiritual leaders and healers). By depicting the flower on the gateway, Silva said he hoped to honor Filipino American healthcare workers as both healers and warriors.

“COVID objectified and dehumanized [the Filipino American community],” Silva said. “But art humanizes us. It makes what was invisible, visible.”