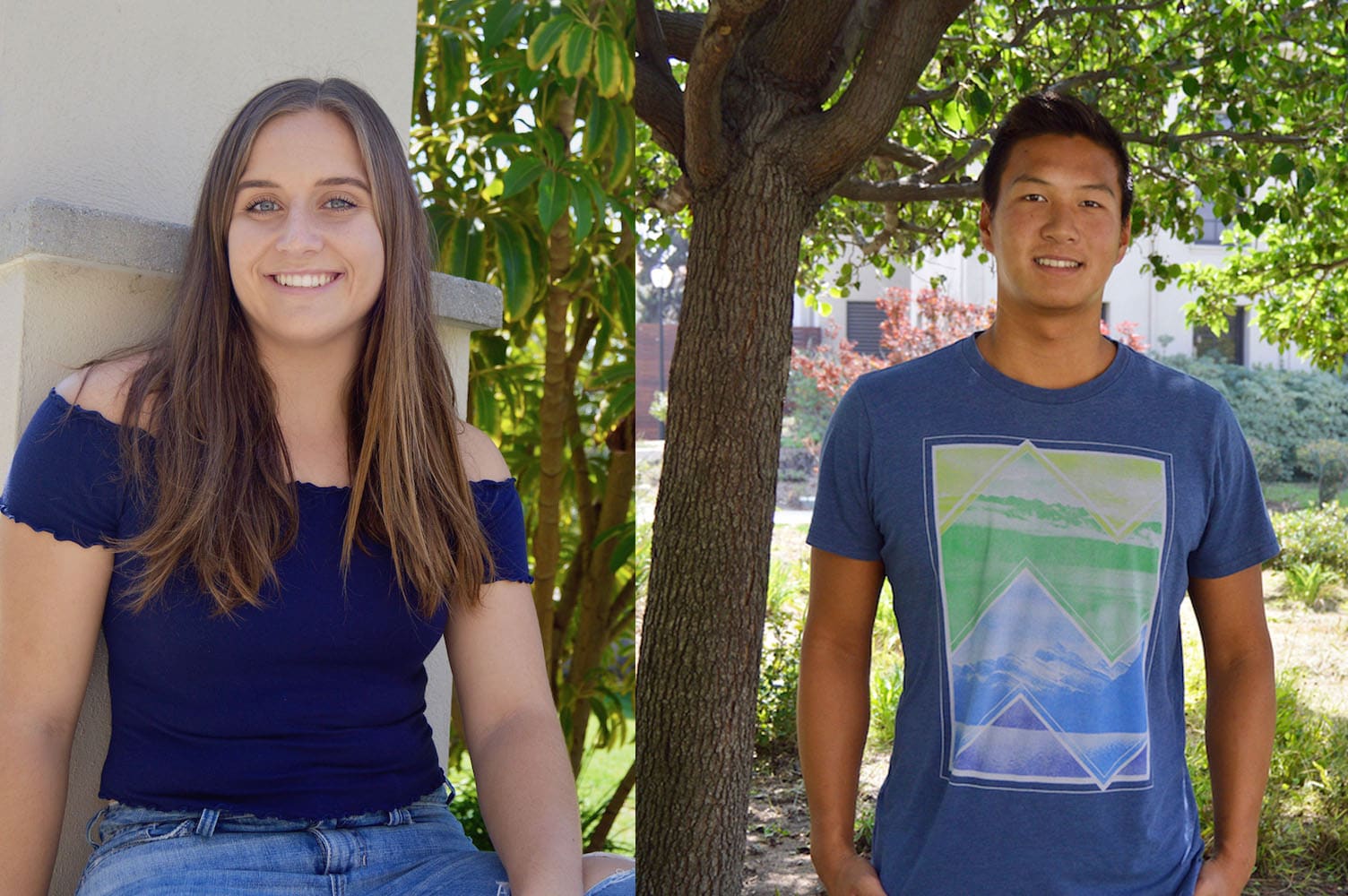 Sabrina Degnan (senior) had 16 kills and 11 digs in a volleyball game versus University of La Verne at Occidental College Sept. 25. The game was pushed to five sets after a 25–22 Occidental victory in the fourth game.

“Five games are always pretty tough, just because it’s mentally and physically exhausting,” Degnan said. “It’s okay if you’re tired, what’s crucial is that you push through it.”

Teammate Taylor Gorretta (sophomore) said that Degnan brought a sense of calm when the game began to heat up, helping the team refocus and control the pace of play.

“Whenever our team started to play frantically or get down on ourselves, Sabrina brought such a positive energy that helped us keep our heads up and keep fighting,” Gorretta said. “The level of intensity and dedication that Sabrina has during each and every point we play inspires us all to do the same and play for each other.”

In Degnan’s first year playing as an outside hitter, she said that learning how to work smarter instead of harder was integral to being successful in the new position.

“I’ve been working a lot on putting the ball in more places and being smarter with it instead of trying to hit it as hard as I can every time,” Degnan said. “Being able to place the ball really helped me quite a bit and actually helped me get more kills than I typically do.”

Degnan said that after several tough games, relying on teammates both in the game and on the sidelines was essential to maintaining energy and concentration.

“Everyone has the opportunity to use their voice and encourage other players,” Degnan said. “When our bench is really excited and vocal and letting us know spots that are open or weaknesses that the other team may have, that’s very critical in games that go to five.”

The confidence Degnan has in her teammates is reciprocated by Gorretta, who said that Degnan’s encouragement is found not only in her communication but in her work ethic.

“Even though she is a strong vocal leader, she leads by action,” Gorretta said. “Her positive leadership on and off the court has helped me personally to believe in myself and push myself and my teammates to always give 110 percent.”

Degnan is a psychology major and kinesiology minor, and her choice drink from the Green Bean is a blue velvet latte with extra vanilla.

Jason Teng (first year) had 14 goals in the San Diego Mesa College water polo tournament in San Diego Sept. 21 and 22. Occidental played four games in two days and came away with wins in all four matchups, where Teng was one of the team’s top scorers for the weekend.

“Everyone was solid on defense, and I was able to get the ball and cycle through whatever decisions I had to make into the goals that we scored,” Teng said.

Teammate Elijah Havens said Teng’s offensive-oriented mindset posed a vital threat to Occidental’s opponents, regardless of whether or not he was scoring.

“Jason’s abilities in the water allowed us to dominate every team we played this weekend,” said Havens. “If he wasn’t shooting, he’d set up his teammates for a nice assist.”

Teng attributed Occidental’s strong performance to the team’s depth, as many players contributed to each goal that was scored.

“I think everyone is pretty equal in strength and ability, and I think that’s why we make a great team and have great team chemistry,” Teng said. “We all make each other better.”

“I think he has a lot of potential to become a consistent scoring threat in our conference,” Stabenfeldt said. “Even when Jason isn’t scoring, he’s doing something to help our team win.”

Havens echoed Stabenfeldt’s sentiment, saying that Teng’s winning mentality comes not only from his quickness of play, but the positive outlook he brings to the team.

“His speed and awareness have contributed to the style of play our team strives for,” Havens said. “We need players like Jason who will push through in all four quarters and never stray from our team identity.”

According to Teng, the emphasis on the development of team culture will continue to be an important part of Occidental’s success throughout the remainder of the season.

“We’ve really struck a bond as a team, so the team chemistry and the bond that we have is what makes being on this team the most enjoyable part,” Teng said.

Teng’s favorite TV shows to binge-watch are The Office, Black Mirror and Sherlock. He hopes to take a theater class in his next semester at Occidental.