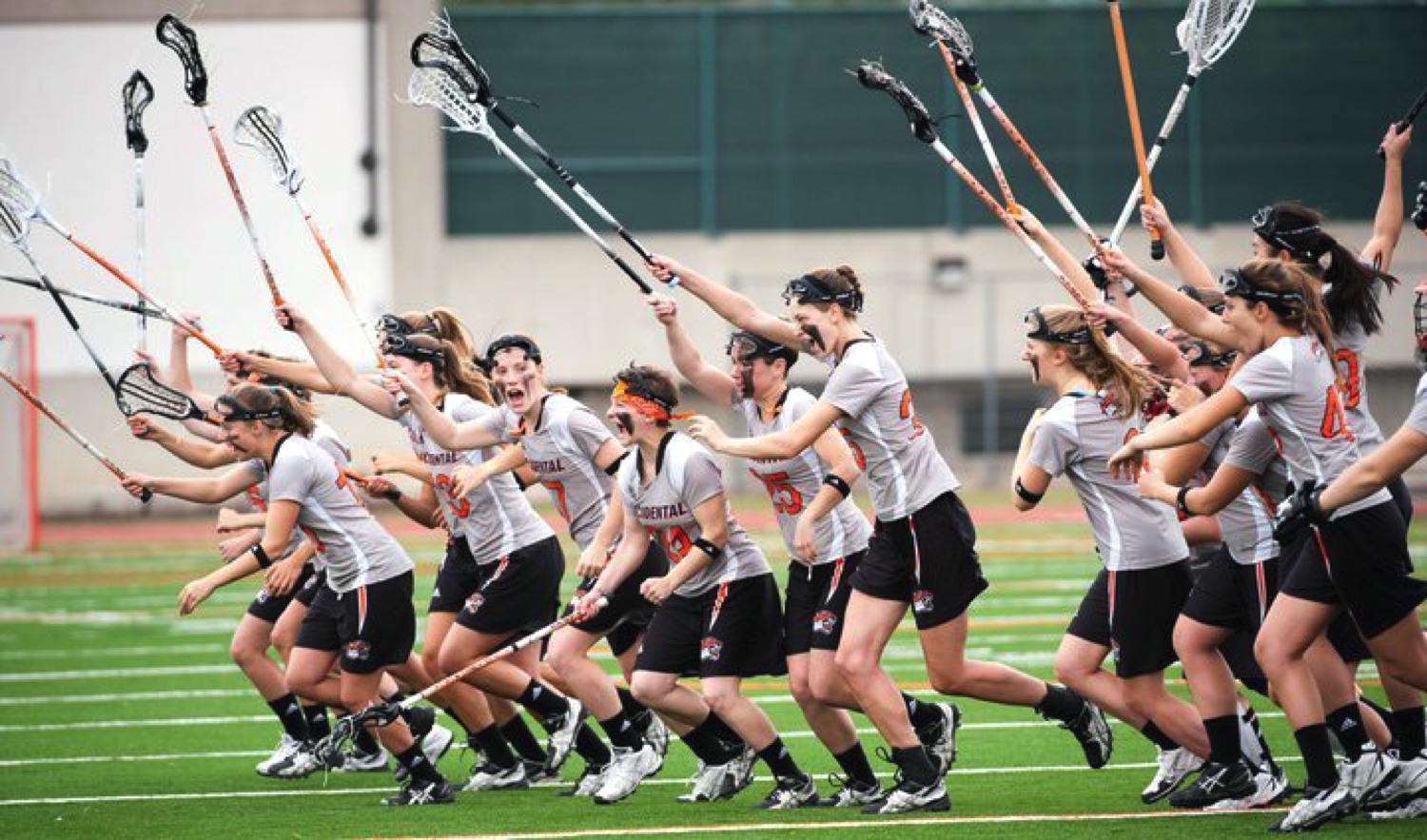 A solid regular season earned the Occidental women’s lacrosse team (11-6) a berth in the four-team SCIAC playoff tournament. In a six-team conference, Occidental bagged the number three seed, which means they hit the road for an away game against Chapman. The Tigers season, however, came to an end Saturday night as they fell to the Panthers 17-10.

The playoffs are a hard-earned reward for the women’s team, who finished the regular season with a strong 11-5 record. Conference struggles, however, have plagued the Tigers all season, as they finished 5-5 against the five other SCIAC teams. The Panthers have defeated the Tigers twice already this season, and have outscored them 34-17, but the stat-line didn’t faze head coach Stephanie Janice Mark going into the match.

She had plenty of reason to be optimistic about their chances. The Tigers had an impressive season, highlighted by Sierra Slack (junior) scoring her 100th career goal and standout first-year Allessandra Pelliccia being named the SCIAC offensive player of the year.

According to Janice Mark, the SCIAC is an incredibly tough conference with little separating the eight teams, with the undefeated Claremont-Mudd-Scripps Athenas 10-0 SCIAC record serving as the lone exception. Every team in the conference managed to notch at least one win, with most games ending in a close score.

Rebecca Reese (senior), one of the team’s captains, also had plenty of reason to be optimistic prior to their matchup against the Panthers. However, injuries have plagued the team all season. Starting goalie Neah Bois (sophomore) sustained an injury in only the third game after playing in 19 games last season. In addition, Reese suffered an injury after just seven games, playing in only one of the team’s last nine.

“I think that the semifinal game was important for us to play even though we didn’t come out with the win,” starting defender Nicole Litt (sophomore) said. “We have six sophomores ready to rise as leaders as both upperclassmen and record holders to make an impact in the SCIAC. Our juniors are definitely left feeling hungry for a SCIAC title and I have no doubt they’re going to put it all on the line to ensure that Oxy women’s [lacrosse] takes it all in 2018.”

The women’s team was chasing its second finals appearance in four years and its first ever SCIAC championship but settled for its fifth playoff berth in a row. With the program’s reliance on its first years and sophomores, a championship this season would have been a monumental success for Mark in her fourth season with the team. Instead, the young team will be back next year with 17 returning players, many of them with fresh chips on their shoulders.