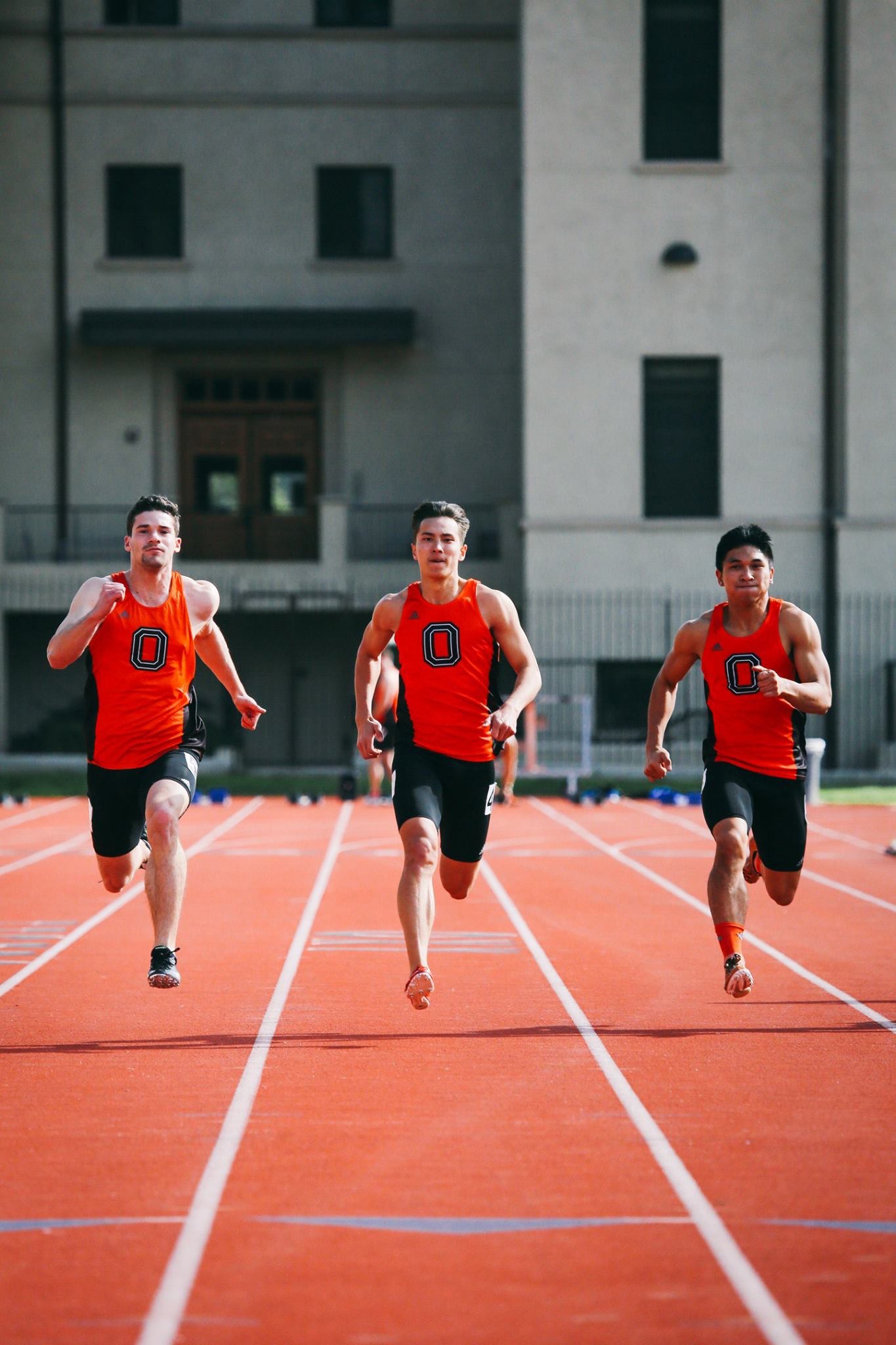 When a handful of nationally-ranked sprinters, strong relay squads and the 2016 National Assistant Coach of the year come together, good things tend to happen. For Occidental College, it forms a track program that is undefeated in the SCIAC on the men and women’s side, plus a fourth-place national ranking for the men’s team.

“Our team works hard, is motivated and cares about each other,” head track and field coach Rob Bartlett said. “At the heart of everything we do is the idea that we’re a team and that we have the ability to raise each other up to heights we wouldn’t be able to reach alone.”

On the women’s side, Emma Yudelevitch (sophomore) is currently enjoying an undefeated season. Most recently, at the SCIAC Multi-Dual Competition April 1, she won the 100m, 200m and was part of the second-place 4x100m team. Yudelevitch narrowly missed Nationals last year, as she was the first woman left off the invite roster to the NCAA Championship meet.

“When I try to win a race, I try to win for my team in order to get the points we need and to get closer to my personal record,” Yudelevitch said. “I am more proud of the fact that the women’s track and field team is currently undefeated — it is harder to accomplish and more satisfying because it is a collective effort.”

Isabelle Dunne (junior) is also having a stellar season. Dunne ran 63.63 in the 400m hurdles at the SCIAC Multi-Dual Meet, a time that puts her at No. 1 in the SCIAC and No. 9 in the nation.

“Emma and Izzy both narrowly missed out on qualifying for the DIII national championships last year,” Bartlett said. “As such, they both have high expectations for themselves and are excited to do a little better this season. As a group, the women’s team has been improving rapidly for the last couple of years.”

Anchoring the women’s team is the women’s 4x400m relay which is currently ranked 11th in all of D-III. The squad, consisting of Dunne, Charlotte Cullip (sophomore), Onyekachi Nwabueze (senior) and Amelia Ashley (sophomore) won the race at the SCIAC Multi-Dual meet April 1 with a time of 4:00.79.

“We don’t rely on just our sprinters or our throwers; instead we’re competitive in every event group,” Cullip said. “On top of this, I think a lot of our success can be attributed to the team, our dedicated coaches and our work ethic.”

The men’s team is also dominating the SCIAC while maintaining a fourth place D-III ranking. Tyler Yamaguchi, Occidental’s sprint coach and the 2016 National Assistant Coach of the Year, is credited with much of the men’s team’s success.

“Our progress so far is largely attributed to our sprints coach, Yamaguchi,” Hugh Pegan (junior) said. “He’s knowledgeable, consistent and patient. And that means a slow and steady progress with minimal injuries. He gives us time to rest when we need it and runs us hard when we need it and I’m really grateful for it.”

The high national ranking is also due to the team’s exceptional showing at last year’s national championship meet, where Pegan won the national title in the 200m. Pegan says his recent success has altered his goals and mindset for this season.

“I think the main difference for me at least, has been learning how to stay driven when there isn’t the same kind of goal to get faster than a certain athlete,” Pegan said. “But to be that athlete that people look towards and still be hungry for more.”

Pegan was not the only Occidental men’s track athlete that had an exceptional showing on the national stage last year. Gabriel Barrett-Jackson (junior) placed fourth in the 400m at last year’s NCAA meet. Barrett-Jackson also credited Yamaguchi for the team’s consistent success.

“Yamaguchi is why the team has been so successful,” Barrett-Jackson said. “He is a coach that cares greatly for not only the sport but also for every one of his athletes. I think that this passion he shows creates the perfect climate for success.”

The men and women’s track and field teams are poised for a successful championship season beginning with their SCIAC conference meet April 29–30.