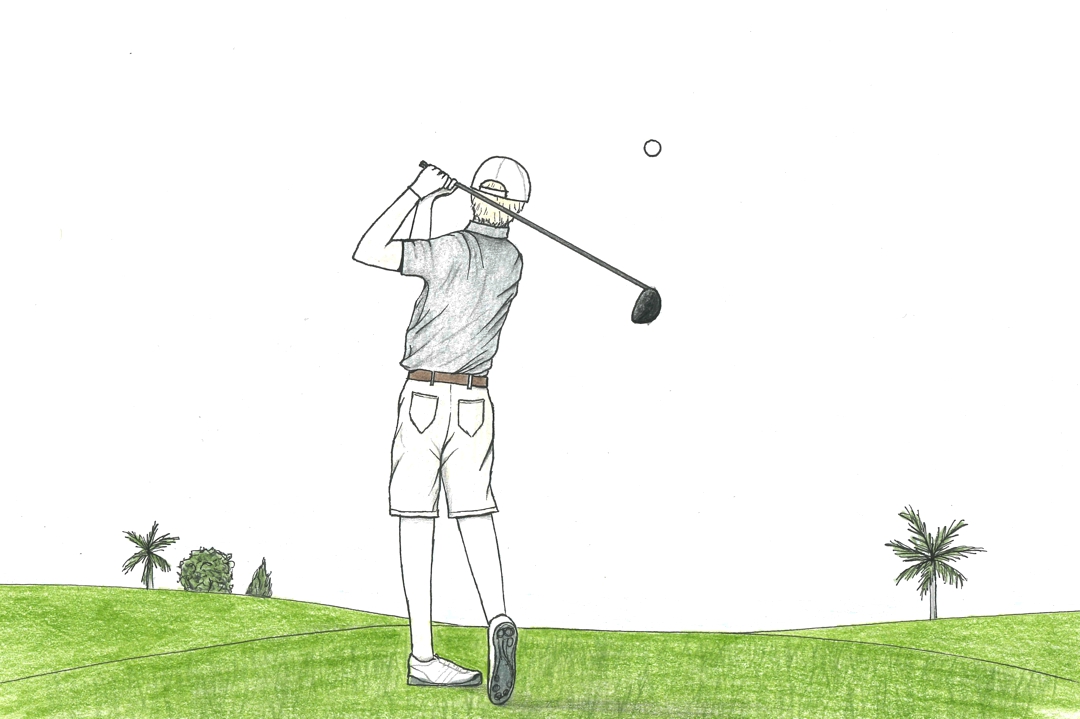 Dylan Jirsa (junior) led the Occidental men’s golf to a fourth-place finish at the SCIAC #1 tournament last weekend at Pasadena’s Brookside Golf Club. Jirsa finished second place overall with a final score of 2-under-142 in what head golf coach Will Morris said was some of the best golf ever played in Occidental history. Despite rainy skies, the team posted solid rounds throughout both afternoons and finished with a total of 603 Sunday, only a 12-stroke difference from second-place winners University of La Verne and Claremont-Mudd-Scripps. SCIAC #1 is two of seven total rounds of conference golf the Tigers play this season.

Jirsa was not very surprised with his successful outcome.

“I felt I had prepared myself well for the tournament, both physically and mentally. It’s extremely important to have a confident mindset as well as practicing and challenging myself out on the field,” Jirsa said.

The round started slowly Saturday, with Jirsa recording a triple-bogey at the sixth hole. By the ninth hole, he was 5-over par but made a quick turnaround to finish second overall.

“It was a pretty incredible feeling to be able to bounce back but an even better moment was when I realized halfway through that I had a shot at winning the whole thing,” Jirsa said.

The Tigers had a home-course advantage at SCIAC #1. The team frequently practices at Brookside Golf Club, as it is one of the closest courses to Occidental.

“Throughout the week, Dylan and I would go out to Brookside and practice, even through the rain, which proved itself well at the tournament. It’s nice to be comfortable with a place but it still requires good shots,” Jack Peden (sophomore) said.

Jirsa played a nearly flawless second round, scoring 7-under throughout the following 27 holes. His final score of 142 was just one shot away from a tie with tournament winner, Aaron DiGiamarino from LaVerne.

The Tigers were happy with this weekend’s outcome but anticipate even brighter wins ahead.

“For our first SCAIC event this season, I think we did pretty good,” Sam Miller (sophomore) said. “Considering the way Dylan played and how the team has been practicing, I know there are some more great [rounds] ahead.”

This season, the Tigers have already defeated Pomona-Pitzer, Marymount and Cal St. Dominguez. Morris is expecting continued improvement from the Tigers after their first taste of conference play.

“We’ve been doing better but there’s room for improvement. We haven’t peaked yet but we’re on track to by the time we reach SCIAC #2 in April and then the [SCIAC] Championships,” Morris said.

The team will travel to the San Francisco Bay Area over spring break to tee it up again against Menlo College March 6.

‘There’s been another awakening of golf’: Local golf courses thrive amidst COVID-19 shutdown

Coaching college sports with no promise of a season