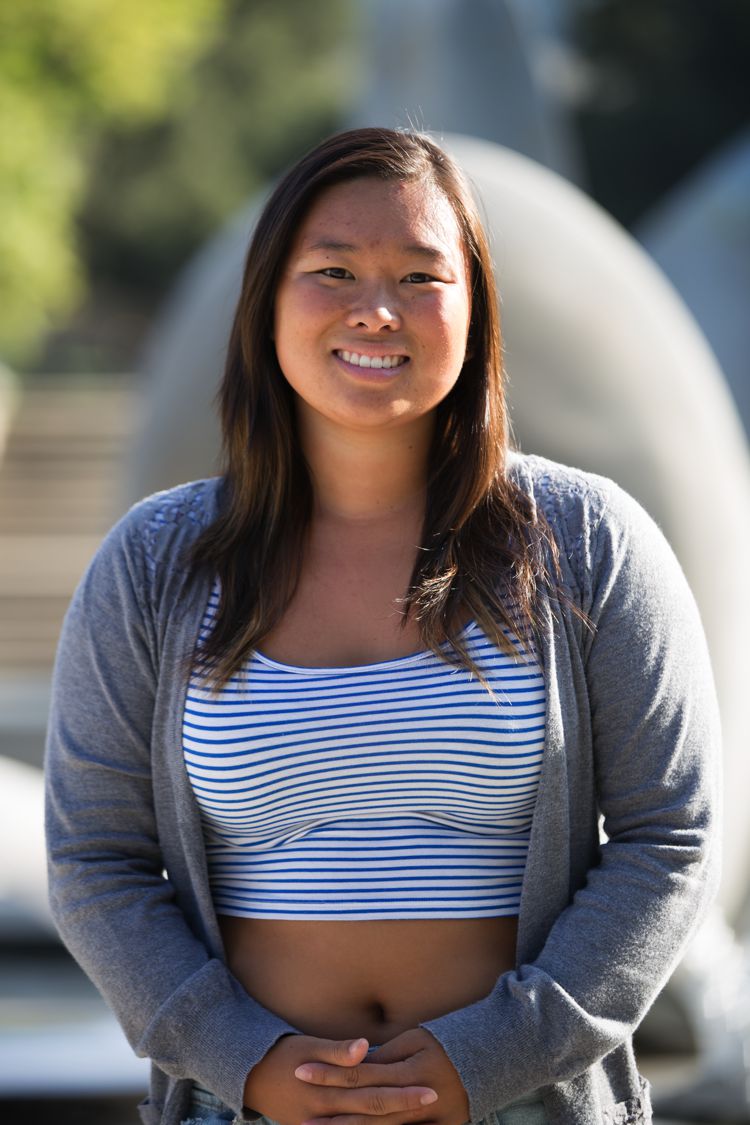 Laura Chun (sophomore) reached for the wall in her final lap of the 400 Individual Medley (IM) at the impressive time of 4:51:22. The result earned her the No. 1 national ranking in the 400 IM for Division III schools Oct. 14 at the Malibu Invite at Pepperdine University. Occidental swimming and diving head coach Steve Webb, new to Occidental this year, said Chun’s early success primes her for a successful season since swimmers’ times often improve significantly throughout the course of a year.

Webb went on to say that the school record in the 400 IM is well within Chun’s reach. The event consists of 100m of breaststroke, backstroke, butterfly stroke and freestyle. To excel in the IM, swimmers must be versatile and possess remarkable stamina. Although the 400 IM is one of the most difficult events, Chun has the distinct advantage of being a breaststroke swimmer.

“I’m a breaststroker, which is the third leg of the race, which is nice because it’s where a lot of people hit the wall, but it’s where I gain momentum,” Chun said.

Webb attributes Chun’s improvement to her strong work ethic and more rigorous weightlifting routine. Chun agreed that her increased lifting, in combination with Webb’s high-intensity practice plan, has contributed to her success.

Chun, who was pleased with her first year on the team, made consolation finals in all of her events at SCIAC Championships last season. Consolation finals are raced by the swimmers with the next-fastest times to the finalists in an event. While she hopes to reach the championship finals this year, Chun says that swimming is not solely about making times and championships.

“I don’t want to put pressure on myself; for me, it’s not about times or trying to track progress or anything. I know I can go that fast now, but whatever happens, happens,” Chun said

Chun maintained her laid-back mentality even during this intense race. While racing, she was unaware of her record speed, instead focusing on the cheers from her teammates and her excitement about attending Glow later that night. Webb believes that Chun’s contributions will be crucial to the team’s success this season, and hopes they will break into the top-four ranking at conferences this year instead of the team’s typical fifth and sixth place positions.

“The swimmers’ attitudes have shifted. They want to be better and feel they have something to prove,” Webb said.

Chun echoed his sentiments, and largely attributed this shift to Webb’s guidance and her team’s supportive environment.

“Steve is more intense but in a healthy way, he and the team are all very encouraging of each other and want everyone to do well, but it’s not about times. It’s about everyone individually improving, whether that’s by a 10th of a second or 10 seconds,” Chun said.

Teammates Rebecca Nicholson (sophomore) and Joanie Kronick (sophomore) shared their appreciation for Chun both in and out of the pool.

“Laura is the kind of teammate that inspires you to work harder and throw aside any and all excuses standing in your way. [She] leads the team with speed and spirit,” Kronick said.

Chun and the Tigers return to competitive action at the CMS Dual Meet Nov. 11 at Claremont-Mudd-Scripps.