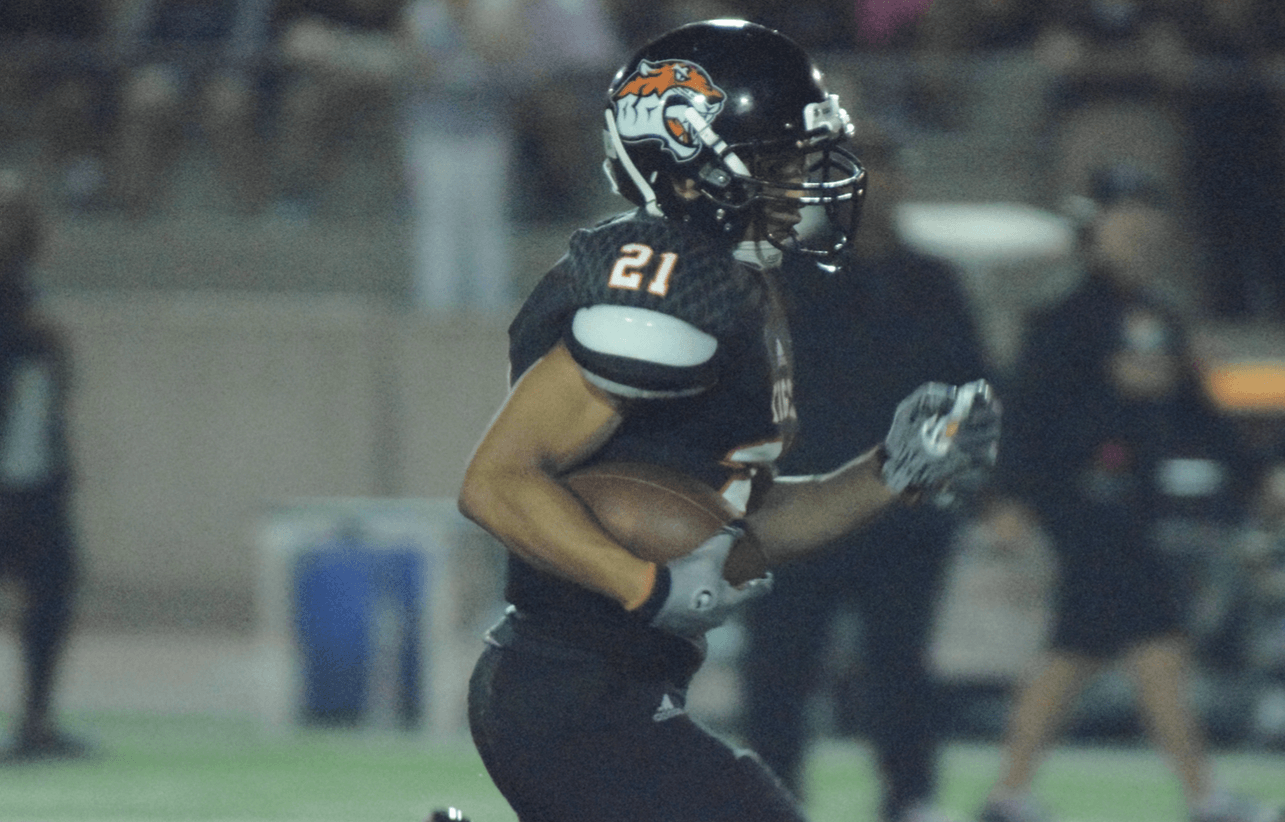 Sophomore running back Chris Rom-Toribio, dubbed ‘Turbo’ for his blistering speed, is primed to fill recently departed running back Kwame Do’s now-vacant role as the team’s go-to back.

When Kwame Do ’16 graduated from Occidental last year, he did so as the SCIAC Offensive Player of the Year in Football and the conference’s all-time rushing yards leader. Now that the star rusher has graduated, his gigantic shoes remain to be filled.

Enter running back Chris Rom-Toribio (sophomore). Standing a hair above 5’7” and weighing in at 165 pounds, Rom-Toribio is no stranger to working from the shadows. Affectionately dubbed “Turbo” — by none other than Do himself — for his uncanny ability to leave defenders in the dust, the second-year speedster had been benched for much of his high school career. It wasn’t until La Quinta High School’s star running back Kenyon Williams was injured that Rom-Toribio was placed under the Friday night lights of his high school’s home field.

Turbo answered the call. Rom-Toribio’s very first two games in the starting lineup, the track star-turned-football-phenom rushed for a whopping 358 yards and three touchdowns, transforming the La Quinta native from a preseason afterthought to a junior sensation.

Rom-Toribio spent the remainder of his high school career compiling a list of accolades quite literally too expansive to catalog in this space. It was the sort of résumé that caught the attention of the Occidental football staff, desperate to find a replacement for Do.

After spending his first season waiting in the wings, Rom-Toribio finally has the chance to build on that strong finish to his high school career and validate the coaches’ belief in his abilities.

“It’s just me being able to keep a level head and knowing that I can do it,” Rom-Toribio said. “As long as I keep pushing … it’ll all turn out positive.”

If his debut as a college starter was any indication, Turbo is more than ready for the challenge. Occidental’s latest über back kicked off his sophomore campaign with a bang last Saturday, pairing the blazing speed he used to rush for 63 yards with the kind of feathery touch required to haul in an eye-popping 90-yard touchdown reception.

It is those sorts of playmaking skills that caught teammate Billy Grossman’s (first year) eye just one game into the season.

“Chris has got game changing speed,” Grossman said. “He breaks off crazy good runs … it really gives our offense another dimension.”

Greaves added to Grossman’s sentiments, noting that unlike typical players at his position, Rom-Toribio can catch the ball just as well as he can run it. It is precisely this quality that makes Rom-Toribio so valuable to a team looking to fill a major hole at a crucial position.

Whether these options will be enough for Rom-Toribio to effectively fill the hole left by superstar Do’s departure remains to be seen. But if his career to date is any indication, counting Turbo out now would leave him just enough time to speed past any and all expectations.