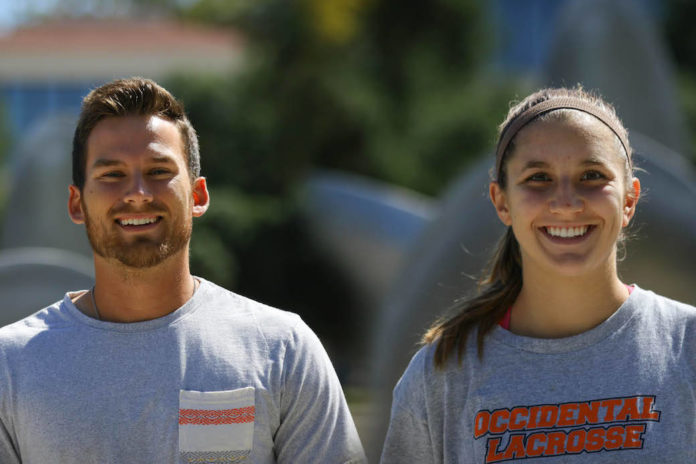 After missing a chunk of the season due to a heel contusion, outfielder Jamie Cooper (junior) stepped up in the first game of the series versus Cal Lutheran. Cooper, a transfer from College of the Holy Cross, hit a massive two-run homer in the fourth inning, giving the Tigers a 2-0 lead. The Tigers went on to win the game 4-1 and secured the overall series, winning two of three.

“I think the biggest thing for the team going forward is to stay within ourselves and not think we have to change our approach for the playoffs,” Cooper said via email. “We’ve worked incredibly hard to get to this point, and now it’s just about having fun and playing baseball.”

In the final home game of the season for the Occidental women’s lacrosse team, Sierra Slack (sophomore) put together a dominant performance against the Whittier Poets. The reigning SCIAC newcomer of the year poured in five goals on the day, leading the Tigers to a 14-9 victory.

“In our final home game against Whittier, we really wanted to finish strong on our home turf,” Slack said via email. “We dominated on the draw, which contributed greatly to our win, as well as held our own on defense and finished on attack.”