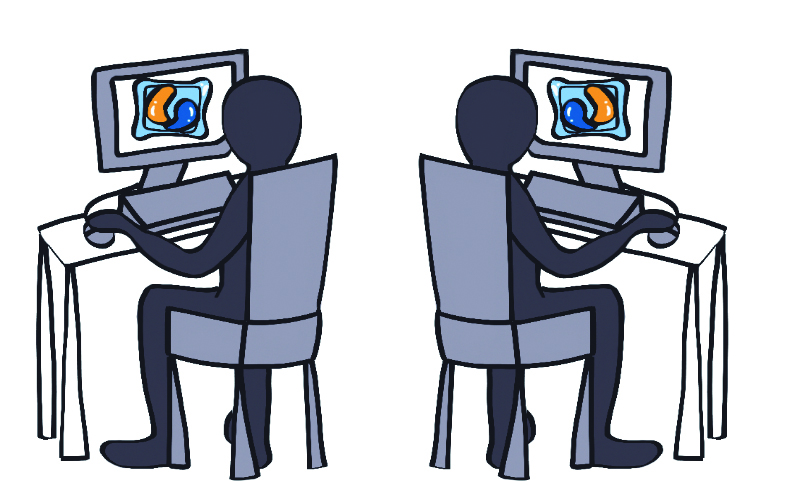 In the world of internet news, 2018 started off with a bang.

Logan Paul, a vlogger who rose to internet fame for videos that prominently feature raps, pranks and stunts, incurred anger and criticism for a video he posted Dec. 31, 2017 that featured a suicide victim in Japan’s Aokigahara forest. (Paul has since removed the video.)

At the same time, confused adults were tearing their hair out over the Tide Pod challenge — an online trend that involved kids and teenagers eating the toxic laundry detergent packs on camera. According to the American Association of Poison Control Centers (AAPCC), there have already been 191 reported cases of teens intentionally eating the pods in 2018.

The internet forgets fast, and now that we’re nearly two months into the year, this probably seems like old news to most. (I would be happy never to see another Tide Pod again if it wouldn’t ruin my laundry routine.) Both stunts, however, were motivated by the same underlying causes, which appear to be here to stay. We all crave tangible rewards for our actions: money, attention, community. But because the internet is so intertwined with those real-life rewards, internet users don’t know where to draw the boundaries between the two. We end up doing sensationalistic stunts we would never have done otherwise in hopes that our online presence will reap those sweet IRL rewards.

I’m feeling a bit snackish, so let’s start by looking at the Tide Pod challenge. A Washington Post article attempts to uncover the challenge’s origins but ultimately concludes, “It’s not certain how the Tide Pod fad got started.”

But if you’re under 25, I bet you know. It was, of course, all those damn Tide Pod memes that flooded social media in late 2017 — jokes about eating the pods, which look a bit like brightly colored candy and which some memers call “the forbidden fruit.”

It’s easy to see why this joke got so out of hand: the more extreme the meme, the more likes and shares. Liking, sharing or even just opening social media triggers a dopamine high in the brain, providing a tangible response when we interact with others online. Plus, since memes are online jokes shared by a massive audience, we feel a sense of community from participating in them (for a brief moment, before we die of Tide Pod poisoning).

The Logan Paul extravaganza resulted in part from these same incentives. Paul’s dedicated subscribers have an additional reason to support his video: being a fan results in an increased sense of community. In fact, Paul actually gained nearly 300,000 subscribers after posting the controversial video.

Even Paul himself is subject to the same attention-craving as every other internet user. An Atlantic article points out that he, “like every other social media star, was responding to the incentives we’ve set up. We stuck a smartphone in every 14-year-old’s hand and told them it could make them famous … the internet’s only currency is attention.”

Except in Paul’s case, it’s also actual currency. Though the amount of money YouTubers make varies depending on their audience, and Paul’s YouTube salary isn’t readily available to the public, the star does make $150,000 per Facebook post. His online presence is clearly profitable.

This isn’t a fluke. Young internet users appreciate the intimate, face-to-face aspect of YouTube videos more than they appreciate older mediums like TV, and marketers capitalize on it. In fact, a Vanity Fair article on 2015’s VidCon — an annual convention for YouTube creators, fans and industry representatives — notes that among marketers “authenticity is perhaps the most ubiquitous buzzword at VidCon.” While we may benefit from that authentic intimacy, it’s important to note that it’s being sold to us, and creators like Paul reap the benefits.

Usually, this close link between the internet and the real world is not a bad thing; I’m all for memes, fandoms and vlogs increasing our happiness and sense of community, or even making us money if we’re lucky enough. But it’s when the incentives start to lure us into doing outlandish, provocative and even dangerous stunts that we have to start setting limits.

In Paul’s case, that means demonetizing his videos. That doesn’t mean Youtube needs to remove his content completely (unless it violates YouTube’s policies), but if creating content is worth a salary, it’s a job. And it’s reasonable to fire an employee who’s blatantly disrespectful while on the job.

In both cases, and in others like them, we can implement another simple solution: stop watching. Our likes and views are valuable, and we don’t have to give them to content that we disapprove of. The temptation to give in to that dopamine rush might be strong, but in the end, it’ll only perpetuate the cycle of sensationalist stunts.