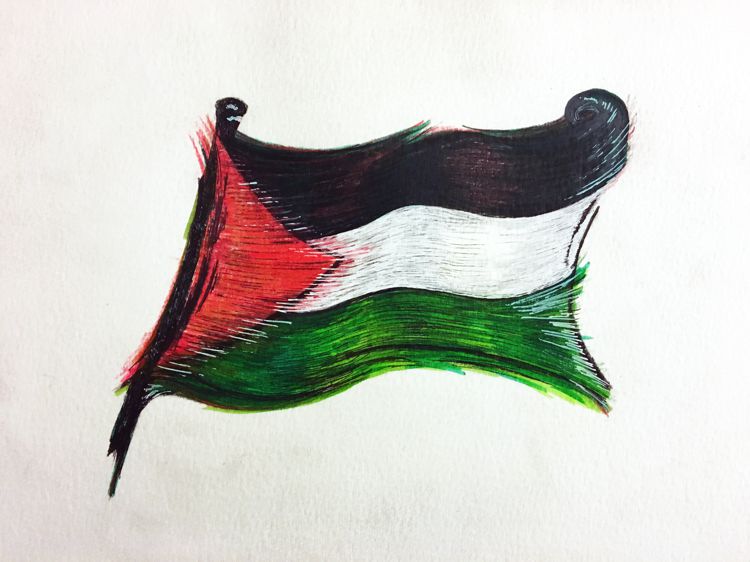 As an American-born Israeli, I always sense questions forming in people’s heads when the Arab/Israeli conflict comes up. “Why don’t you do more to defend Israel and Jews? Don’t you want Bernie Sanders to be the first Jewish president?” I am never shocked when they ask me out loud.

While many feel the need to make a case in support of Jews, my experiences as an Israeli in the U.S. in addition to my observations of government policy affecting Jews have lead me to conclude that the oppression that has historically plagued us no longer affects American and Israeli Jews today. Of course, my people have endured a history of incredible hardship, but in modern times any wide-scale marginalization of Jews in the U.S. and the Middle East has largely dissipated. The issue with supporting the Jewish state of Israel is that the currently advantaged status of Jews in the U.S. and the Middle East exists and continues to bloom at the cost of Palestinian land and Palestinian lives. And so American Jews who support equality and remember our own oppression need to speak up for Palestine.

While the land between Egypt, Jordan, Syria and Lebanon has been in high demand for centuries, for Israeli elected officials in recent years there is no room to debate the Jewish right to the land. In the first four years after Israeli Prime Minister Benjamin Netanyahu took office in 2009, the population of Israelis in the West Bank grew almost 25 percent. Even though Israel uses financial, military and diplomatic policies to create settlements that stretch beyond pre-1967 internationally recognized barriers, many Jews and Israelis characterize this growing occupation of land, such as in the West Bank and Gaza, as a practical effort to incorporate more Jewish settlers. In reality, this process forcibly removes Palestinians from land on which they have lived for centuries.

While the rights of Palestinians and Jews must be considered equally, the two groups really do not operate on a leveled playing field. This notion is not based on extensive knowledge of Middle Eastern history: Israel’s current population includes 150,000 Palestinians who stayed in the country following the Nakba (catastrophe) at the time of Israel’s establishment of statehood in 1948. Today, the majority suffer from high rates of poverty, few opportunities for education and are governed by martial law. These laws impose unjust restrictions on Palestinians, such as mistreatment by law enforcement, limitations on domestic and international travel and significant legal obstacles in gaining access to agricultural, residential or commercial development.

With Boycott, Divest and Sanctions Movements (BDS) gaining popularity across college campuses, students have developed an understanding of the exploitation of Palestinians due to the growth of the Zionist movement and have begun to differentiate pro-Palestinian idealism from anti-Semitism.

Despite clear indications that Palestinians are being controlled and killed because of Israeli colonization in the Middle East, Americans and Jews living in America have limited views on Israel/Palestine that ignore the suffering of Palestinian people. Instead, many Americans and Jews rely on biased and unreliable news outlets and other media to learn about the status of the Middle East. Instead of covering news stories regarding death tolls in Palestine, for example, news outlets often cover stories on the U.S. government’s flow of funding and military aid for the Jewish state. This type of one-sided press makes it difficult for Americans to understand that Jews are not on the “losing side” of the Arab/Israeli conflict and that the power of the Zionist movement comes at a high cost for Palestinians.

While my family served time in the Israeli Defense Force, survived through centuries of persecution and regularly remind me the Holocaust will always impact my daily life, it is clear to me that the historical persecution of Jews does not give us the right to exploit Palestinians. It is time for pro-Israel students to reach beyond political agendas that support the immoral and irrational expansion of the Jewish state and grapple with the fact of Israel’s disproportionate power in the Middle East. This process of scrutiny is part of what we are trying to learn as Occidental college students: to criticize mainstream narratives in the search for truth. I challenge students to educate themselves and others about the atrocities that Palestinians face, familiarize themselves with the BDS movement and to stand up for Palestinian rights because Palestinians need our defense and advocacy more than Israel does right now.

Micol Garinkol is a sophomore politics and economics major. She can be reached at mgarinkol@oxy.edu