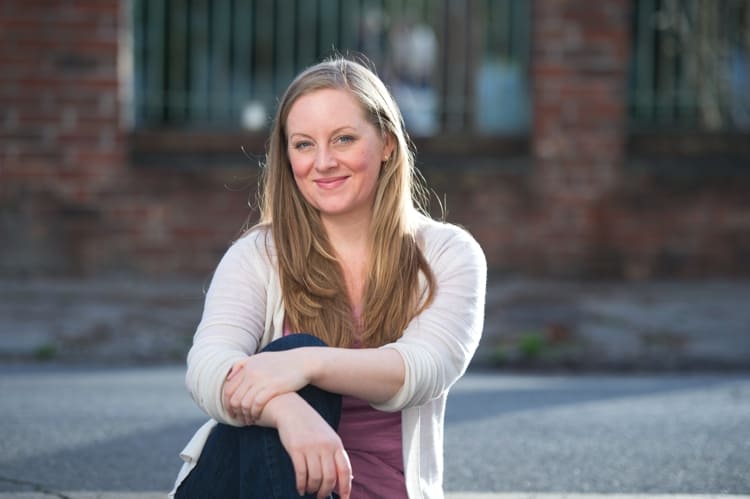 Occidental Sociology Professor Lisa Wade’s book, entitled “American Hookup: The New Culture of Sex On Campus,” was published Jan. 10. Her work — which characterizes hookup culture as part of a campus climate in which hooking up is considered the norm — contributes to an existing discussion of college students’ sex lives that has been widely written and speculated about.

Wade is currently on leave promoting “American Hookup,“ which debuted as a No. 1 new release in Amazon’s College Life, Psychology and Gender Studies departments. Her book places this cultural phenomenon in the historical contexts of sexuality, higher education and feminism. Wade argues that while students have historically had casual sex, hooking up is now the new relationship norm.

In “Sociology of Sexuality,” a class that Wade taught at Occidental, she found that students’ conversations about hookup culture were more nuanced and interesting than the media’s coverage of the college hookup scene. Inspired to tell their stories, Wade conducted research across college campuses nationwide and gathered data in the form of weekly journal entries from students. The bulk of Wade’s data was collected from two liberal arts colleges. However, she also drew from publicly available information such as the data from the Online College Social Life Survey and hundreds of firsthand accounts written for student newspapers across the country. She has been working on “American Hookup” for the past five years.

Although Wade could not disclose the extent to which her research was based on Occidental students, she did confirm that a great deal of data came from a college in southern California and eluded to the fact that findings may be particularly relevant to Occidental students. Wade discovered that only a small minority of students were fully satisfied with hookup culture. While only 15–25 percent of students reported that they greatly enjoyed hookup culture, studies found a positive correlation between that group of students’ mental health and hookups.

“When you look at this 15–25 percent that really [enjoy hookup culture], those students are typically among the most privileged,” Wade said. “They are, proportionally speaking, white, male, heterosexual, able-bodied, conventionally attractive and wealthy.”

Wade attributed this finding to the fact that privileged students often hold influence over social life on campus, highlighting fraternities who host parties as an example. The remaining students held attitudes ranging from ambivalent to opting out of the culture altogether.

“Students who don’t have this privilege have the burden of worrying about how their behavior reflects on their group,” Wade said. “For example, students of color or working-class students risk the interpretation that black people are hypersexual or the working class is trashy, whereas white, middle-class students’ actions aren’t read as negative representations of their group.”

“American Hookup” explores how this culture often coincides with unequal levels of sexual gratification, competition for status and sexual violence. Dana Michels, the program coordinator and education prevention specialist for Project SAFE, remarked on the correlation between hookups and rape culture.

Michels stated that the myth stemming from hookup culture — that all students come to college looking to hookup — can lead to dangerous assumptions, as well as situations in which affirmative consent is not sought out or respected.

According to Wade, hookup culture is not an inherently negative phenomenon. In many ways, she asserts, it is a positive step toward expressing one’s sexuality. The goal of accepting the liberation of women, same-sex eroticism and the notion that sexuality should not be monitored or controlled is progressive, Wade said. She also discussed the need to recognize that sex is not immoral and can be enjoyed for non-reproductive purposes.

Wade discussed how hookup culture met the goal of the 1970s feminist movement — that women should have access to traditionally masculine spaces. The issue, Wade stated, is that society is still unable to accept the aspects of life deemed feminine as valuable. When sexuality is generalized to masculinity and femininity and the feminine is seen as backward or embarrassing, dissatisfaction with hookup culture results. Wade discussed how practices categorized as feminine include being kind to sexual partners and showing generosity in bed.

“This cuts out half of human sexuality and is part of why students are unhappy,” Wade said. “They want casual sex, but don’t want to allow for careless sex, [which] opens the door for objectification, commodification and allows for racism, sexism, coercion and manipulation in bed.”

Sociology Department Chair Richard Mora predicts that Wade’s findings will greatly contribute to the public’s understanding of hookup culture and how it affects diverse student populations. “American Hookup” is available for purchase at all major book retailers, as well as at the Occidental bookstore. This March, Wade will be coming to Los Angeles — one of the many stops on her nationwide book tour. She will visit the University of Southern California March 6 and California Lutheran University March 7.