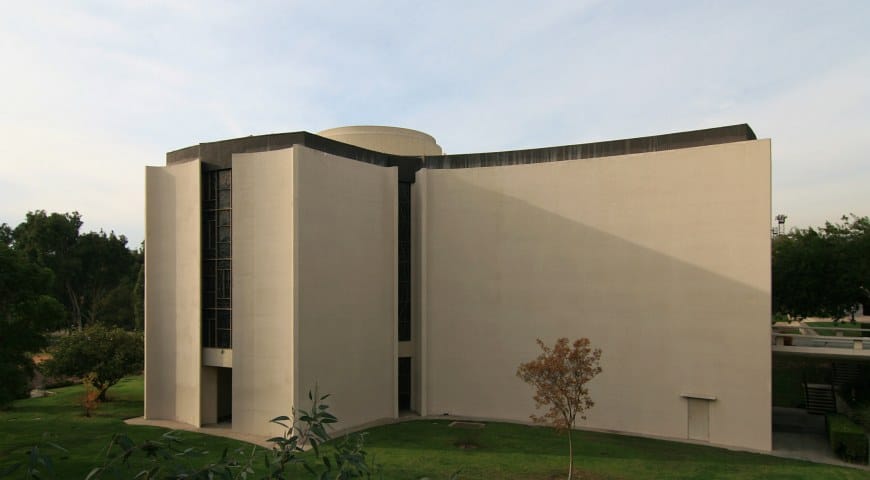 The following is the transcript of an interview between Weekly reporter Greg Feiner and the Herrick Interfaith Center (the literal building). The transcript has been edited for length.

Greg Feiner: Thanks for taking the time to sit down with me.

Herrick Chapel: No problem. I’m literally built into the ground, so it wasn’t too hard to make the time.

GF: So to start off, what’s your full name and title?

HC: I am The Margaret Brown Herrick Memorial Chapel (or Interfaith Center) and the Office for Religious and Spiritual Life (ORSL).

HC: That’s why I usually just go by “Herrick.”

GF: Yeah, that’s understandable. And what precisely is your function for students?

HC: I am the center of all religious life on campus.

GF: And that includes all religions represented on campus, correct?

GF: And you represent them all equally?

GF: So, why is it that you’re shaped like a cross?

GF: I mean, you’re literally built in the shape of a cross. I suppose I’m just a little confused as to how that represents all religions equally.

HC: You said this was going to be a puff piece.

GF: And you haven’t answered my question.

HC: You know what, I’m pretty offended by your insinuation that because I’m shaped like a cross, I favor Christianity.

GF: And yet the cross is the most prominent Christian symbol?

GF: Well, the humans who founded this school built you in 1887 to function as a Christian chapel — again, in the shape of a cross. So, I’m not entirely sure that’s accurate.

HC: Specifically, I was originally a Presbyterian chapel.

GF: So you admit it!

HC: Okay, yes. So what if I “visually symbolize the college’s roots in the Christian tradition.” That doesn’t have to define me. I can work for other religions as well. I don’t have to be just one thing.

GF: I thought you weren’t confined to human ideas of symbolism.

GF: Look, I’m not saying you can’t be more than just a Christian chapel or that you can’t support non-Christian religions …

HC: So, what are you saying?

GF: I’m saying that I don’t think you can claim to equally be a space for, say, Jewish or Muslim students when there are Christian stained glass windows lining your walls and your entire structure and foundation is constructed in the shape of a crucifix.

HC: You know, Jesus is one of the most respected prophets of both Judaism and Islam.

GF: But is he the main one, though?

GF: I thought churches were open to everyone.

HC: They are, unless you ask too many questions.