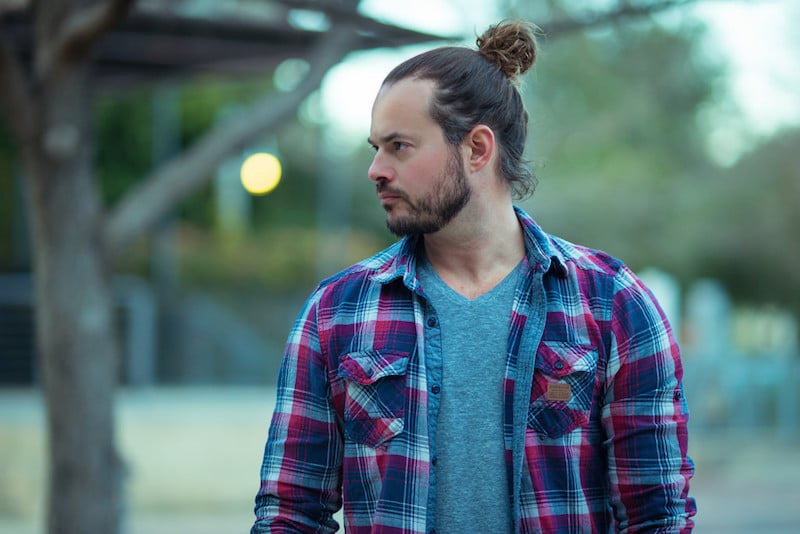 Not so long ago, many Occidental students sported breezy man buns with pride. But, this fall, there has been a startling drop in the hairstyle’s popularity. Perhaps more startling is that the change is seemingly unique to our college: an afternoon in Silverlake’s LAMILL Cafe reveals the survival — nay, flourishing — of the man bun at large.

The change, as it turns out, is far from coincidental. I sat down with August Beckett, Green Bean barista and man-bun aficionado to discuss the change over Berry Bowl. Beckett is a founding member of an underground movement started two years ago to eliminate the man bun from campus. The movement originated from an Urban and Environmental Policy class discussion about ways to visibly reduce Occidental’s contribution to the gentrification of Eagle Rock.

Most people in that discussion, Beckett said, talked about boycotting non-local businesses. But Beckett wanted to do something that would visibly identify him to local community members as an ally in their fight against rapidly rising housing costs and the disappearance of local, affordable grocery stores. The idea to cut off his man bun, which August saw as the ultimate symbol of faux-sustainability culture, came to him during his savasana at One Down Dog.

A silent, but deep, well of support for Beckett’s idea began to grow, and the size of the movement is now astounding. Sixteen out of 23 former man-bun wearers I surveyed said the change was deliberately in support of anti-gentrification efforts. The other seven said they weren’t aware of the movement at all.

“I was happy with my man bun, but then I noticed it was kind of disappearing around campus,” Colton Johnson, a Sigma Alpha Epsilon brother who recently retired his scrunchies, said.

He didn’t know it was part of a larger movement.

“I felt peer-pressured into reverting back to a loose wave. My mom likes it better this way, though,” Johnson said.

Beckett said he isn’t entirely unsympathetic to students like Johnson, who have felt perhaps unfair pushback for still having a man bun in recent months.

“I was probably the first at the school to rock the man bun after summer 2015, so I definitely ‘get it,’ you know?” Beckett said. “There’s an awkward hair length phase we all had to go through to make it to this point.”

But when Beckett realized his appearance as a white guy with a man bun was threatening the “original vibe” of the Eagle Rock neighborhood, he said his decision to switch to “popular men’s haircut” was a pretty easy one.

“I’m just glad that I’ve been able to convince others to do the same,” Beckett said.

Theo Martin, a first-year art history major, said he heard about the movement while smoking at Cross House a couple days ago. One of his fellow housemates jokingly criticized his man bun and accompanying gentrifying attitude.

“It was hard to hear, but the criticism was fair. I do feel a responsibility to take a stand against gentrification in any way I can,” Martin said. “This protest feels measurable. The length of my hair is measurably shorter.”

Beckett hosts a weekly roundtable with other socially conscious, former man-bun wearers every Wednesday afternoon. They usually end up playing shuffleboard at Block Party, but Beckett said they might switch over to à bloc for sit-down discussions, especially since he’s been dying to try the curried jackfruit sandwich.

“I highly encourage anyone who still rocks the man-bun to join our movement,” Beckett said. “We’re really trying to activate here and make a real difference in the neighborhood.”