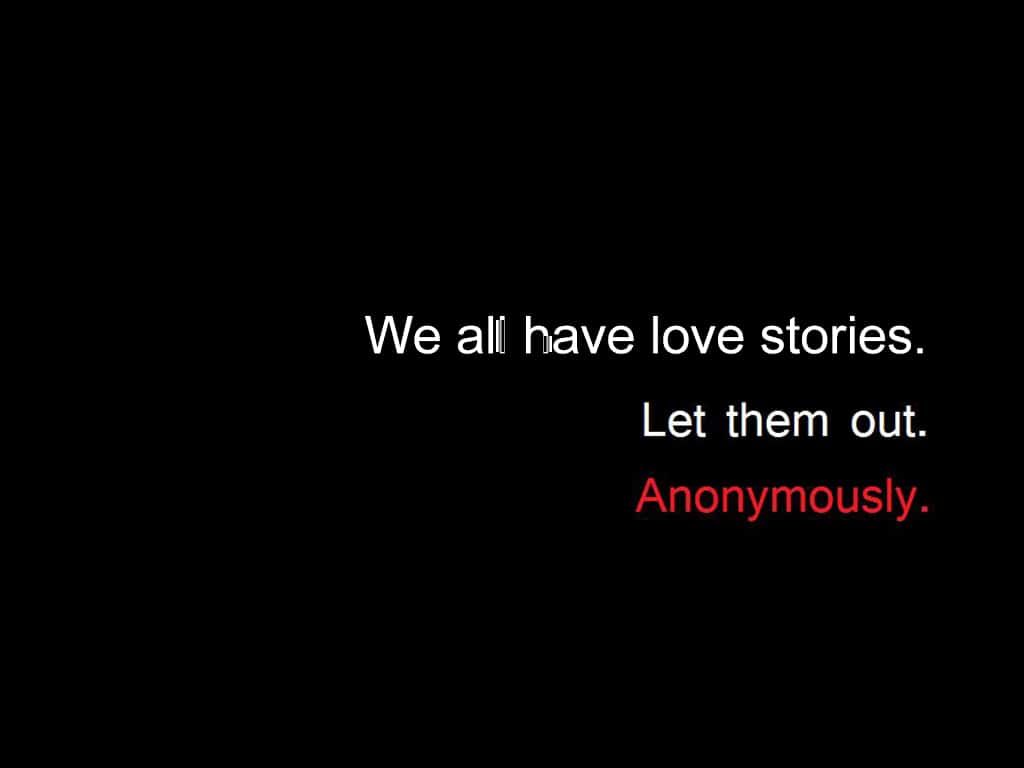 Your fingers hesitate as you shakily read over the words that have been running through your head for weeks. You step back from the computer and take a deep breath. You said you would do it: tonight is the night. Wiping the sweat from your palms, you count down from three and click send.

The next morning, you wake up and immediately open your computer and hurriedly scroll down the page to see it: your Oxy Confessions post. The hours you spent choosing the right words and the sleepless nights debating whether or not to make your move are over. You have confessed your love to the barista in the green bean with the lip ring.

Oxy Confessions is a Facebook page that lets students share secrets with the Occidental community anonymously. Secret admirer posts of this nature are some of the most prevalent on Oxy Confessions, second only to complaints about ATO. Admirer posts allow individuals to anonymously call out their crushes on campus — sometimes even in the form of a poem.

Confession 8564.To the cute girl working in the cooler with the backwards quicksilver hat and the rolled sleeves- when you smiled at me from behind the ice cream it made my day 🙂

No explicit names are allowed in posts, which means admirer posts need to be carefully crafted to allude to specific individuals without stating their identity outright. Some get clever with rhyming or make references only the subject of their love would recognize. All posts leave it up to the readers to decipher who the post is about. If there’s a fit, you’ll be lucky enough to be tagged in the comments: your peak at Occidental has come.

Confession 8520.Is the person who’s last name is the result of a torrential rain storm single and into funny, awkward ladies?

After an admirer post, the curiosity lingers – what might come from this demonstration of love? Will two like souls be united or will the connection be left on the internet?

For Roman Tice (junior), an Oxy Confessions post is what sparked his current relationship with boyfriend Oscar Wald (junior). Wald wrote a poem one night to long-time crush Tice and decided the most romantic route for his notion of love was the Facebook confessional.

“It took a lot of thought and planning,” Wald said. “I even went into the writing center to have them edit it.”

To the tall boy with the last name that sounds like my favorite grain, I would conquer your empire any day.

According to Wald, he wanted Tice to know the post was about him — making the artistic choice to reference Tice’s first and last name overtly. Tice said he woke up to multiple tags in the comment section of the post.

“At first, I didn’t know how to feel. I read the words over and over again,” Tice said. “It took me a while to figure out who wrote it … until I locked eyes with Oscar in our history class later that day.”

Since the post, Tice and Wald have begun dating — crediting the confession as the start to their love. Both are unashamed of their relationship’s beginning.

“I could see a 2018 Nicholas Sparks movie with that plot.” Wald said.

“And at least it’s not Tinder,” Tice added.

However, others on the page have put their hearts on the line to be met with silence. Rebecca Jection (sophomore) wrote a post for a boy she saw once on the quad.

“We bumped into each other in the meatless Monday line, he said ‘my bad,’ and I instantly felt a connection,” Jection said.

According to Jection, she reached out to Oxy Confessions to try to help her find her mystery beau. Since she didn’t know his name she left a detailed description on the confessions page with the hope that someone would help her.

“My description was posted, and multiple people were tagged in the comments,” Jection said. “I searched through all of the Facebook profiles tagged and none of them were him.”

Jection was disappointed by the results of her actions, and says since she’s routinely seen her mystery man on meatless Monday, but hasn’t mustered the courage to bump into him again. However, she still checks her post every morning.

“Every time I get a Facebook notification, a little part of me is hopeful it’s him,” Jection said.

Though secret admirer posts have been met with varying outcomes, here’s hoping the next time you order your latte from the barista with the lip ring, there’s a heart drawn next to your name.

Confession 8564.To the cute girl working in the cooler with the backwards quicksilver hat and the rolled sleeves- when you smiled at me from behind the ice cream it made my day 🙂