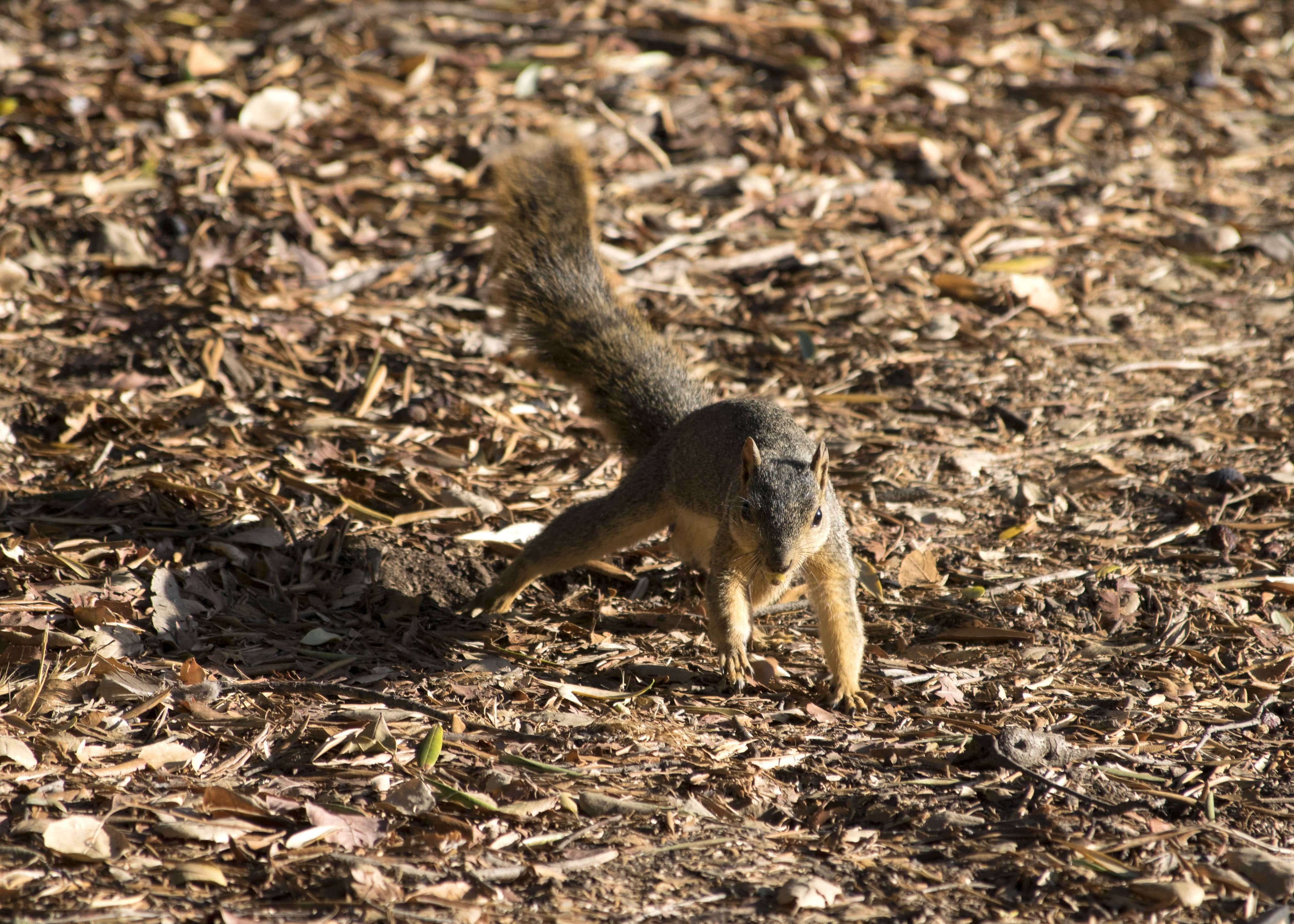 Nutters T. Squirrelstein heard the three quick squeaks from the foreman at the acorn gathering fields, signalling that it was time for lunch. Cheeks bulging, he scurried toward the repository, dumping the last of his morning haul into the communal pile. He then grabbed an acorn from the pile — blind, uncaring, like a claw machine groping for a plush toy prize — to serve as his midday meal. Off the clock, the morning’s labor weighed on him suddenly. He slowly made his way back up the tunnel to perch on one of the wooden benches. Exhausted, he collapsed on a wooden armrest near a people building; a building which they — unbeknownst to him — called Swan Hall.

There he would sit and watch the humans — this was his favorite part of every day.

He started munching on his lunch. For forty-five squirrel years — or roughly 6 human months — he had eaten the same lunch: a lone acorn from the day’s pile. This was all the foragers were allowed. When he was younger and new to the work, he relished this moment. He would spend up to five minutes each day examining as many acorns as he could, looking for the best-proportioned and milkiest tan-colored of them all to save for his midday meal. The older foragers would scoff, but he’d just giggle and wedge the perfect acorn into his cheek, knowing that the euphoria from discovering that one perfect free meal each day for himself and himself alone would make up for any shade those old geezers threw his way.

But that was so long ago: a more bright-eyed and bushy-tailed Nutters T. Squirrelstein. Now, he didn’t care what color anything was.

For the next half hour, Nutters gazed at the people strolling down their concrete bridges between the trees. They mesmerized him, as they always had, gentle giants at least ten, twenty times his size. They could crush him in an instant, eat him for dinner, but instead, they looked down at him, sparkles in their eyes, pointing their plastic and metal rectangles at him.

Sometimes Nutters would even try to sneak a bite of their food. Usually, they’d shoo him away, or even run away screaming. This tickled him more than anything. Were they afraid of him, a fuzzy little acorn forager? How?

Every once and a while, he’d get a nibble of their pasta or potato chips — sometimes the people would feed him themselves. Human food was sublime.

When he clocked out after work, he had no peace. He scurried back to his own tree, up in what the humans called Sycamore Glen. He lived in that tree with his thoughts, his wife Maura and his countless screeching offspring as company. He and Maura had been married for thirty squirrel years and had reared hundreds of squirrel babies together — most of whom worked at the same acorn collection facility as their father. But these days, their father simply could not look them in the eyes, and not just because he often forget their names.

Some days he thought about what it might be like to run away, to leave them all, to see what greener leaves he might climb between. Other days were darker; he would just sit at the edge of the warm black road watching the roaring oil beasts zoom past, debating whether today would be the day he crossed that street too soon.

But, of course, he wouldn’t. That wasn’t the way Mother Squirrelstein raised him. He still had mortgage payments on his tree. And he needed his current younglings to grow up with a strong father figure in their lives.

It was why he took such solace in the people. They worried about none of these things. They didn’t have jobs or mortgages or families to worry about. They just sat there in the noontime sun in their colorful garments eating their complex and surreal meals, speaking their weird, loopy languages.

The humans were so blissfully uncomplicated, Nutters thought. Then he heard the acorn foreman signal the end of lunch. It was time to go back to work.