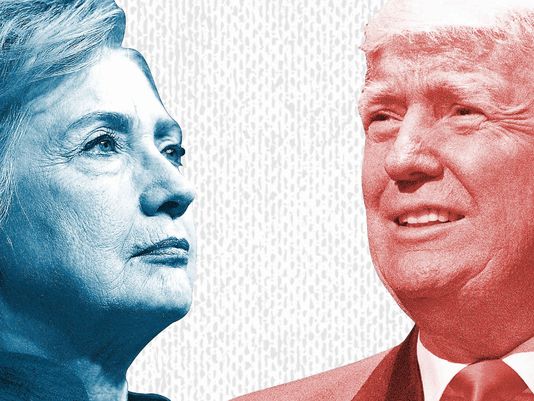 George W. Bush steps back from his canvas and looks tenderly at the painting of a seagull he has just completed. A fire crackles in the corner. He didn’t watch the debate, but when it ends a strange feeling overcomes him. He tiptoes past the master bedroom where Laura snores lightly, sneaking into the kitchen in his sock feet. When he carefully opens the pantry, the bag of Snyder’s pretzels catches the light. Crinkling the bag, George Bush selects one mini-pretzel and holds it in the palm of his hand. With a sudden motion, he puts the pretzel into his mouth and chews deliberately. It’s the first pretzel he’s eaten since choking on one in 2002. He smiles softly and lingers in the moment before returning to drafting his Christmas wish-list.

Bernie Sanders angrily stirs his Mason jar of cold brew. He fumes at his television since no one invited him to any of the debate coverage. The only person who hit him up tonight was Jill Stein. He doesn’t text her back. He reaches into the pocket of his distressed denim jacket and fishes around for a cigarette. Unable to find one, he slams door to his bedroom and blasts Mac Demarco’s “Salad Days” while bitterly swiping through Tinder.

Tension fills the jet as the campaign team prepares to make the flight back to New York City. Melania Trump discreetly turns on private browsing mode on her iPhone. Tickets to Slovenia are looking pretty cheap right now. She knows she won’t act on it, but the possibility of an out to all this provides some small comfort. Ivanka stares stoically ahead while making a mental note to confirm brunch plans with Chelsea for the next day. Trump campaign manager Kellyanne Conway tries getting Donald Trump to focus on her long enough to draft an inflammatory tweet. Trump is having trouble doing so because he’s very tired and grumpy. “I don’t wanna!” he cries petulantly while swatting Conway’s phone away. Conway sighs and lets him fall asleep, blaming herself for letting him stay up past his bedtime.

After finishing the post-debate rally, Hillary Clinton quietly opens the door to the Oval Office. She’s left the rest of her campaign staff in New York, desperate for a moment with her real softboys. President Barack Obama and cool-uncle VP Joe Biden have finished the debate drinking game they found on Buzzfeed, and both welcome her with raucous applause. Clinton is energized and beaming. As they all exchange high-fives, she eyes the room strategically, as she already started a registry at Crate & Barrel during Trump’s closing remarks. Obama’s Coltrane poster will be the first thing to go, but she’s undecided on his putting green. The night is still young, as she hasn’t slept for more than two hours a night since her sophomore year of college. Biden offers her a vodka martini. “You know, it’s weird seeing Bill so much these days,” as she lands the hole-in-one.

ISIS operatives still undecided on whether a Trump endorsement is in their best interest.