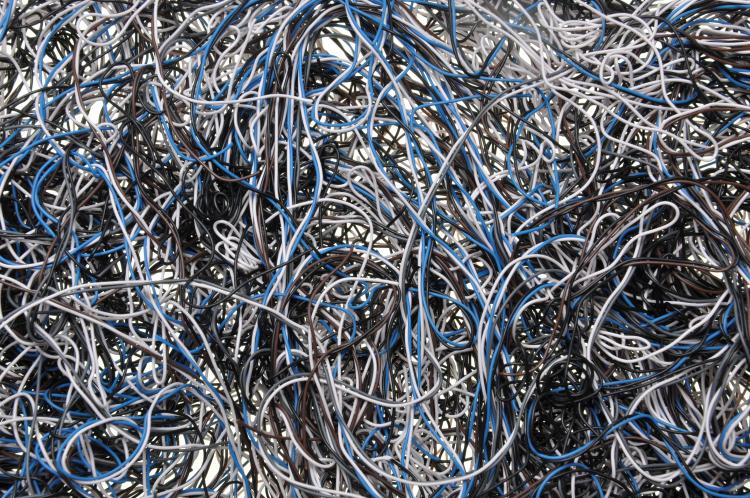 EAGLE ROCK, CA. Reports claiming that the Occidental Weekly staff are currently barricading themselves in the Newcomb Media Suite have been verified. Sources say that the news staff is unsure about how to report on recent events surrounding the 9/11 memorial on campus and have been hiding in the newsroom for days. Editor in Chief Wellesley Daniels has been witnessed alternating between clutching her head in her hands and writing words onto a whiteboard and then crossing them out.

Various staff writers are compulsively rewatching “Spotlight,” hoping to find guidance in the critically acclaimed film based on the Boston Globe’s reporting on the Boston Priest sex abuse scandal. When Daniels asked staff if they could start writing coverage of the 9/11 memorial scandal, all pretended not to hear the question.

“Can Opinions do something at least?” Daniels (senior) said to staff across the suite. Opinions contributors proceeded to rock back and forth, some even slamming the backs of their heads against the wall behind them.

“Are you fucking kidding me?” section editor Brianna Zimmerman (sophomore) said in response.

“Why couldn’t it have been news on tenure-track professors … or the involvement fair, literally ANYTHING else to cover,” Managing Editor Jane Drinkard said before helping build the emerging barricade on the doors to the media room.

Weekly photographers had by this point already dismissed themselves because writing on the events “isn’t our fucking job,” as one of the photographers said before crawling out from under the pile of rubble surrounding the Weekly.

“What a week, am I right?” The Humor section said loudly, appearing to not so secretly love the smoldering chaos that was rapidly enveloping the newsroom.

“Last time we checked, are you even in print? You’re barely a section,” a chorus of staff voices responded.

“It’s important news … I just don’t want to be the one to officially comment on it,” said one staff member while alternating between refreshing the Occidental College Republican Club’s Facebook page and breathing into a paper bag.

“I want to go home,” echoed another.

“But Wellesley, we have to say something about it,” Drinkard said to Daniels.

“I FUCKING KNOW OK? Do you want to be the one to touch this shit? Regardless of where anyone ideologically stands — we literally fucked with 9/11. Offending someone with our reporting is the best case scenario. Are you telling me that you want to try and write this shit?”

Multiple fires had been started in various trashcans around the office. First-year staff members frantically searched oxy.edu/human-resources/student-employment for other jobs on campus, in light of several senior staff members choosing to quit working at the Occidental Weekly in favor of journalistic opportunities at “Fox and Friends.”