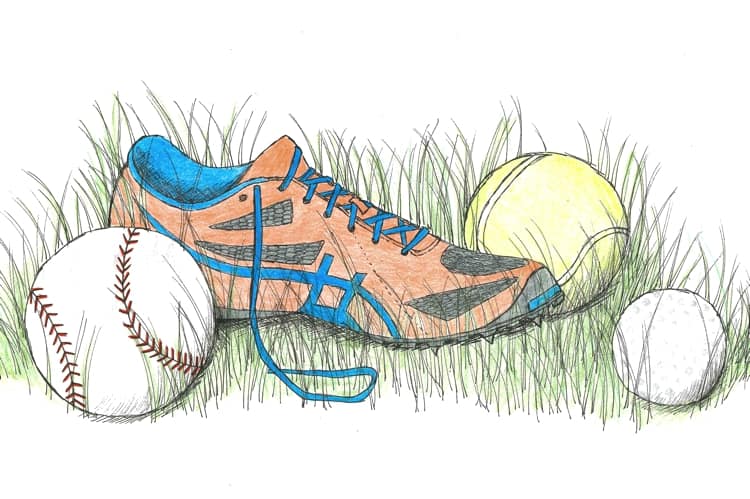 Although it seems like the winter season is just getting started, spring sports teams have already begun conditioning, practicing and preparing for their upcoming seasons. After a phenomenal spring season in 2016, including a SCIAC championship for the baseball team, a playoff run for women’s lacrosse and a record-breaking year for the track and field team, the Tigers are looking to bring back the action and amp up the intensity in 2017. #theroadtothechipstartsnow

The Occidental baseball team has been putting in the hours since they returned to campus this summer. Coming off of a successful season (32-10 overall, 22-6 SCIAC) that culminated in their first SCIAC championship since 1982, the Tigers have some big shoes to fill, but head coach Luke Wetmore is confident in his players’ abilities and in the work the Tigers have put in thus far.

“Our guys arrived in shape and ready to work hard. We still have a lot left to improve on but we are headed in the right direction,” Wetmore said via email.

Although seven seniors graduated, the team added nine first years who are looking to make their mark on an already-deep program. All-American Designated Hitter Devon DeRaad (senior) and All-Region pitcher Will Martel (sophomore) both return for a Tiger squad that led the SCIAC both in on-base percentage and earned run average last year.

Backed by a pitching staff that returns most key contributors — including Riley James (senior) who led all relievers with a 2.52 ERA last year, the team looks to rely on a talented group of sophomore hitters to lead the way. Jack Brancheau, Bryan Smith, Jared Baur, Eamon Mcneil and Reid Gibbs all look to return to their starting roles in their second year with the Tigers.

There are big expectations for the team, but Wetmore is confident in their leadership, ability and their dedication to each other and the community.

“I expect them to be ready to relentlessly attack whatever challenge is put in front of them, and dominate whichever opponent shows up,” Wetmore said.

The women’s track and field program had a competitive 2016 season — coming in second overall in the SCIAC — but are looking to bring home a title this season.

Women’s track coaches Robert Bartlett and Tyler Yamaguchi have been diligently preparing the runners for another impressive season. Although the women’s program already has a talented group, Yamaguchi has a dynamic system in place to prepare the runners for the upcoming season.

“In the beginning of every season, we spend a significant amount of time helping our athletes develop technical models (ideas in their heads) of what things should look like or how things should operate,” Yamaguchi said. “Once that is in place, our athletes work incredibly hard to make that technical model a reality. Whether that happens through countless hours of drills, long runs or intervals, hard work is always a constant for us.”

It seems that a mix of diligent training and excellent first years will make for a solid 2017 season for women’s track. According to captain Isabelle Dunne (junior), this will be the first season in a long time that there is a strong balance of athletes of all classes.

“My freshmen year, I was the only female long sprinter. The [women’s] team consisted of five athletes, and every athlete we had was talented, but we didn’t have the depth to be competitive in the SCIAC,” Dunne said. “Last year we got a big class of freshman and a lot of talented athletes, and we started gaining momentum, and nobody expected that.”

Members of track and field are looking to continue the momentum that they started last year, at their first meet Feb. 12. With an explosive team, plenty of potential and a disciplined training program, women’s track is ready to bring SCIAC title back to Occidental.

After a tumultuous 2015–2016 season for the men’s tennis program (0-18 overall, 0-7 SCIAC), the team is looking to bounce back and make a name for themselves in the SCIAC once again.

With Isa Kibira (junior) and sophomores Anoop D’Souza and Cameron Coe returning to the program, the men’s team is looking to develop an inclusive program with an electric atmosphere at practices and matches.

“This year we have the mentality that we are all equal, and we hope that we all get better, rather than focusing on ourselves,” D’Souza said.

The team is bringing in a slew of young talent and, according to D’Souza, the first years are some of the most capable players this school has seen in some time. The Tigers are looking to learn from past mistakes, in order to take a step in the right direction. According to D’Souza, there is a clear emphasis on refining their talent and taking each match at a time.

“We hope to and will upset many teams this year, putting Occidental back on the map. Tennis isn’t an individual sport for us anymore, it’s a team sport, and we are united on every court,” D’Souza said.

The men’s tennis program has been putting in the time this offseason, training with strength and conditioning coach Chris Harms, and are ready to take on any competition that may come in their way.