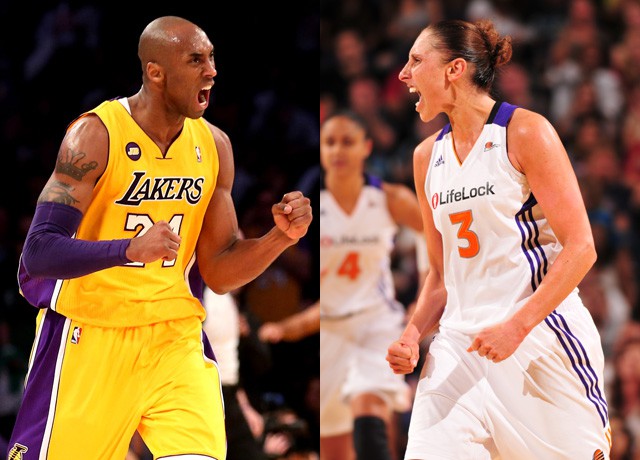 The WNBA is filled with some of the best athletes in the world. Players like Nneka Ogwumike — the newly-minted league most valuable player — Breanna Stewart, Sylvia Fowles and Candace Parker epitomize talent every game and prove that women in the WNBA deserve proper recognition. Yet, with next to no media attention and constant comparisons to NBA basketball, the WNBA only seems to receive recognition as a punchline in popular culture. These comparisons are not only unfair, they corrupt how fans perceive the sport. The WNBA style of play is fundamentally different than the NBA — there is less flash, more technicality and overall team-play. Though different, the skills that accompany this style of play deserve just as much acclaim as those flaunted in the NBA. It is time to stop comparing the WNBA to the NBA and start looking at them as equally impressive but independent entities.

WNBA players have different attributes that make their style of play unique, but they are analyzed as if they were NBA players. Even though players are constantly meeting and surpassing standards set by their male counterparts, they are portrayed as lesser athletes. Nneka Ogwumike leads all players in Player Impact Rating with 21.5. Thats ALL players. More than Steph Curry (19.7), more than Kevin Durant (19.4) and more than Lebron James (18.9) all of whom were the top three players in the NBA by that metric. Statistically, the player with the most impact in any game of basketball plays in the WNBA and still she receives less attention, salary and respect than even the bottom rung of NBA players.

Despite the effective play style in the WNBA, major media outlets only cover the league when something can be directly linked to the NBA. In July 2015, Phoenix Mercury Center Brittney Griner took three attempts to dunk on a SportsCenter segment. Though she succeeded on the third attempt, media outlets chastised Griner for not succeeding on her first chance. There are so many other skills that SportsCenter could have highlighted. Dunking is almost an afterthought when it comes to contributing to a win — almost everyone can do it. While impressive, it is flashy and is more based in entertainment. As of 2014, there have only been 11 recorded dunks in WNBA play — and that is okay! Female players shouldn’t have to dunk to be in the spotlight. The media should be highlighting things that WNBA players do well, instead of fixating on the features that people seek in NBA players.

Regardless of how well WNBA teams perform, attendance at games is typically low. The average rookie salary for a WNBA player is only $35,000 — barely enough to survive without working another job. It is unrealistic to expect any improvement in the level of play in the WNBA without salary increases and — by extension — media coverage.

Right now, the WNBA is in the middle of postseason play, and our home team, the LA Sparks, have a decent shot at the title. Parker, Ogwumike and the rest of the Sparks deserve the support from the Los Angeles community, as well as proper media coverage, to propel them to a championship.