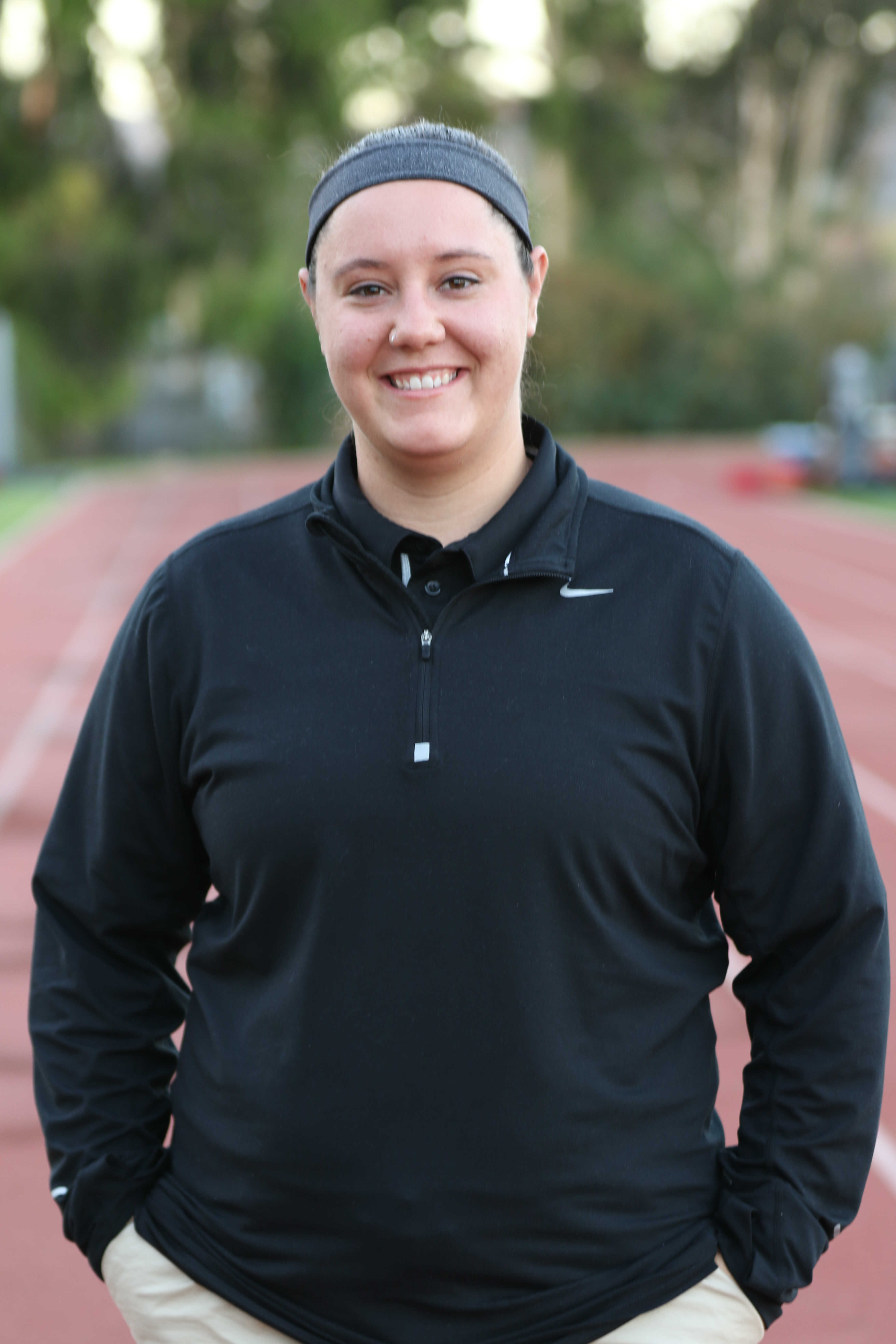 The whirlwind of staffing changes in Occidental’s athletic training room this semester has been a “long and mentally-draining process,” according to athletic trainer Brian Gomez. But the dust has settled, after Ashley Kampfer stepped up Sept.19 to fill in for Laura Friess Williams as athletic trainer until she returns from maternity leave.

“The most chaotic thing was just trying to shuffle over all of the different athletes that Brian and Joe were taking care of over to me,” Kampfer said via email. “Any time you come into a new job or athletic training room there are always things that certain places do differently.”

Before joining the Occidental Sports Medicine staff, Kampfer earned her bachelor’s degree in Athletic Training in her home state at University of Kansas in 2013, where she also played four years of club rugby. She worked at Oklahoma City University with a variety of sports, and completed her masters in Sports Medicine and Injury Studies at Long Beach State while working as an athletic trainer for their women’s soccer and water polo teams.

From her experience taking care of Division I athletes at Long Beach and Oklahoma, to her masters thesis on lower extremity injuries in women’s soccer, Kampfer has a lot to offer Occidental athletes. This background has given her great deal of expertise treating common athletics injuries, according to Kampfer. She also has first-hand experience with athletic rehabilitation from her rugby playing days. Kampfer said that the perspective she developed in her time receiving athletic physical therapy strengthened her motivation to pursue a career in sports medicine.

Occidental athletes have already begun to recognize the compassion Kampfer brings to her job. Women’s cross-country team members Aria Blumm (sophomore) and Eva Townsend (junior) speak highly of the impact Kampfer has had on their cross country seasons even in the short amount of time she has worked with them.

“I’m a pretty broken person so I’m always in the training room and Ashley has really helped me,” Blumm said. “She’s been a very helpful, optimistic presence for me.”

Blumm described Kampfer as a keen listener, forward-thinking and goal-oriented when working with athletes. Townsend had nothing but praise for Kampfer as well, noting that Kampfer has been the only athletic trainer to give Townsend a sports massage as part of her soleus treatment.

“Ashley’s a saint,” Blumm and Townsend agreed in near-perfect harmony.

According to Gomez, the sports medicine staff began planning for the fall season last spring when Friess Williams announced her good news. She stuck out the end of the season and began her hiatus last summer. Finding her replacement was difficult since, according to Gomez, most prospective athletic trainers are usually looking for a permanent position. After a long interview process, Lauren Wagner, former graduate assistant athletic trainer at the University of West Alabama, temporarily took over Friess William’s duties Aug. 1 — until Wagner accepted a position at University of California, Davis just over two weeks later.

“After that we were like, ‘Alright, we just have to bear down and suck it up for a couple months until Laura comes back,’” Gomez said.

With the fall sports season already in full swing, Occidental athletes encountered an overcrowded training room in dire need of a third athletic trainer. Gomez was happily surprised when head athletic trainer Joe Gonzalez announced that he found a good candidate for such a brief interim position. According to Kampfer, athletic trainers usually ease into a new position before the start of the athletic season and gradually get to know their athletes, but she was given no such luxury due to Gomez and Gonzalez’ pressing need to relieve their overwhelming workload. Fortunately, Kampfer enjoys a fast-paced work environment.

“It’s been a little chaotic,” Kampfer said. “But it’s getting a lot easier and things are smoothing out quickly.”

Gomez said that, after getting over the inevitable learning curve, Kampfer has helped quell the hectic atmosphere by taking over the responsibility of treating athletes participating in men’s and women’s cross country and track, volleyball, softball and women’s basketball.

Kampfer grabbed the transient opportunity at Occidental because it provided a stepping stone toward her goal to become an athletic trainer for a Division I or national team. Just one day after accepting the position to work with Occidental athletes, however, Kampfer received a job offer at ACIC Physical Therapy. Kampfer will start there once Friess Williams returns Nov. 15.