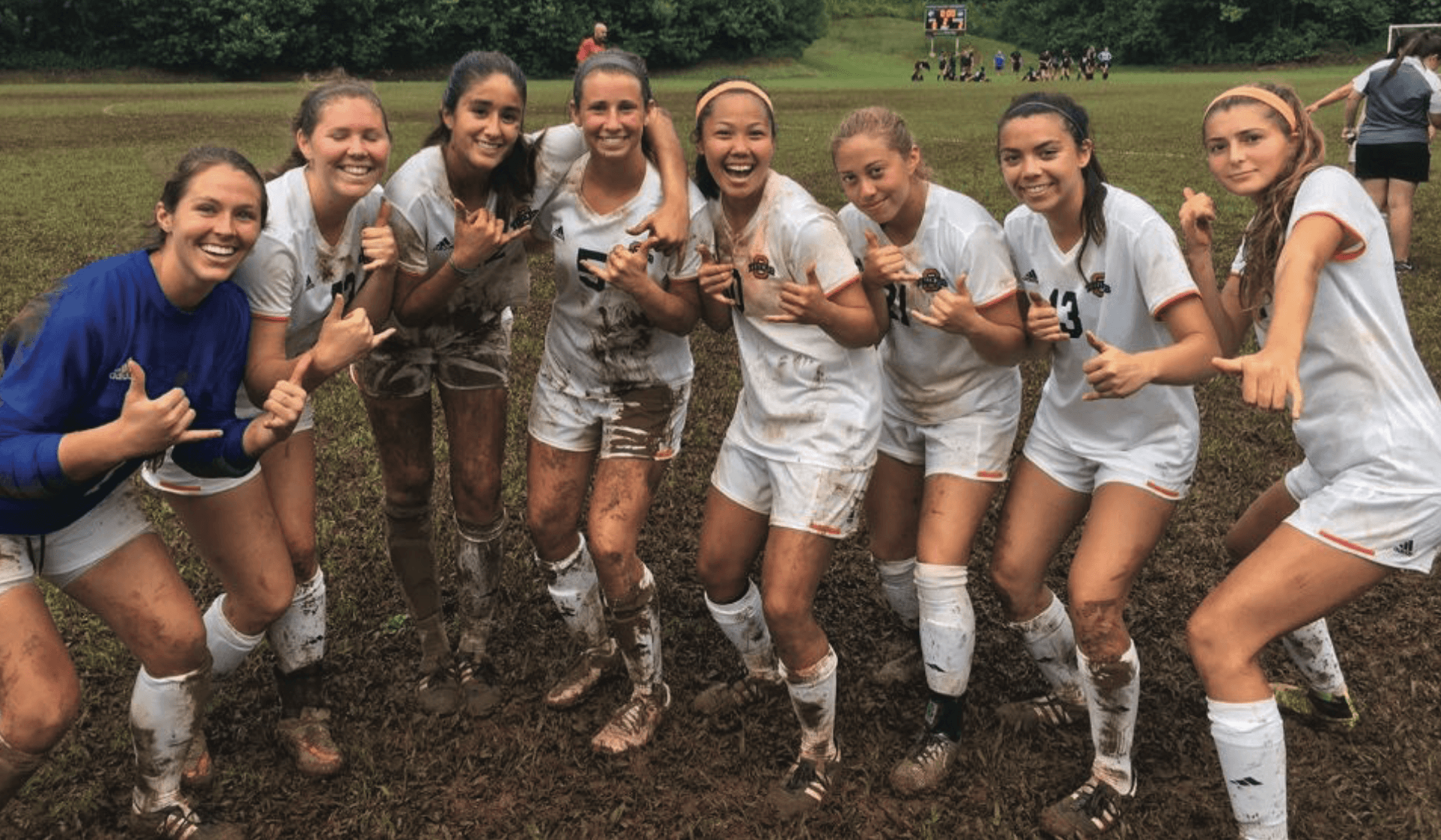 The Occidental women’s soccer team (4-1 overall, 1-1 SCIAC) left for Hawaii on Sept. 2, excited for the big weekend ahead of them. Anticipating two games against Division II teams, an eager energy encompassed the team. Though the team endured a major plane delay and a very late first night, they scored back-to-back wins during their first couple of days, while spending quality time with new and old teammates alike.

Many moments of the trip were truly unforgettable according to both the players and the coaching staff. For Head Coach Colm McFeely, the highlight of the trip was beating Hawaii Pacific University (HPU) with an enormous group of friends, family and alumni in the stands.

“My favorite moment was probably on the muddy, muddy field at HPU and I thought we adapted way beyond my expectations to conditions that we don’t usually play in,” McFeely said.

Although his most memorable experience might have been seeing his team covered in mud following their win, Julie Khil (senior), captain and Hawaii native, had her favorite moment at the Luau that Erin Dung’s (sophomore) family hosted. According to Khil, it was a great atmosphere for the team to connect and bond with its first-year players.

“The Luau had the best Hawaiian food, and she had a pool, and I would say that was the best low key and calm moment we had throughout the trip,” Khil said. “There was nothing you had to do, it was just chilling and eating Hawaiian food.”

Despite many relaxing moments throughout the weekend, the games against the Division II teams allowed for the women’s soccer team to prepare for the SCIAC games ahead of them. The team expected vigorous competition in Hawaii, and were ready to prove themselves. Though they had yet to play a game, they were well aware that BYU-Hawaii was a competitive Division II program.

“We were definitely nervous and had first game jitters and we started off pretty slow … but as the first game picked up, we started doing really well and everything started falling into place,” Tigers goalkeeper and team captain Dallas Gunny (junior) said. “By the end of the game we were super comfortable with each other and then by the second game we got into it really fast, and we didn’t have that slow start at the beginning.”

Gunny explained that these games allowed for the team to work out the kinks and get a clearer understanding of how the first years play. Khil, Gunny and McFeely all stressed that the trip allowed for the women to build confidence going into the season. They gained assurance in themselves and in their abilities as they hope to shock the SCIAC competition this year. In their first game following the trip, the Tigers secured a 1-0 victory against La Verne to stretch their winning streak to four games.

The trip to Hawaii was an exciting way for the Tigers to start their season. Although the Tigers suffered their first loss of the season this past Saturday against Pomona-Pitzer, Khil, Gunny and the rest of the squad will look to build upon their successful preseason and start to SCIAC play this Wednesday when they host Claremont-Mudd Scripps on Sept. 21.