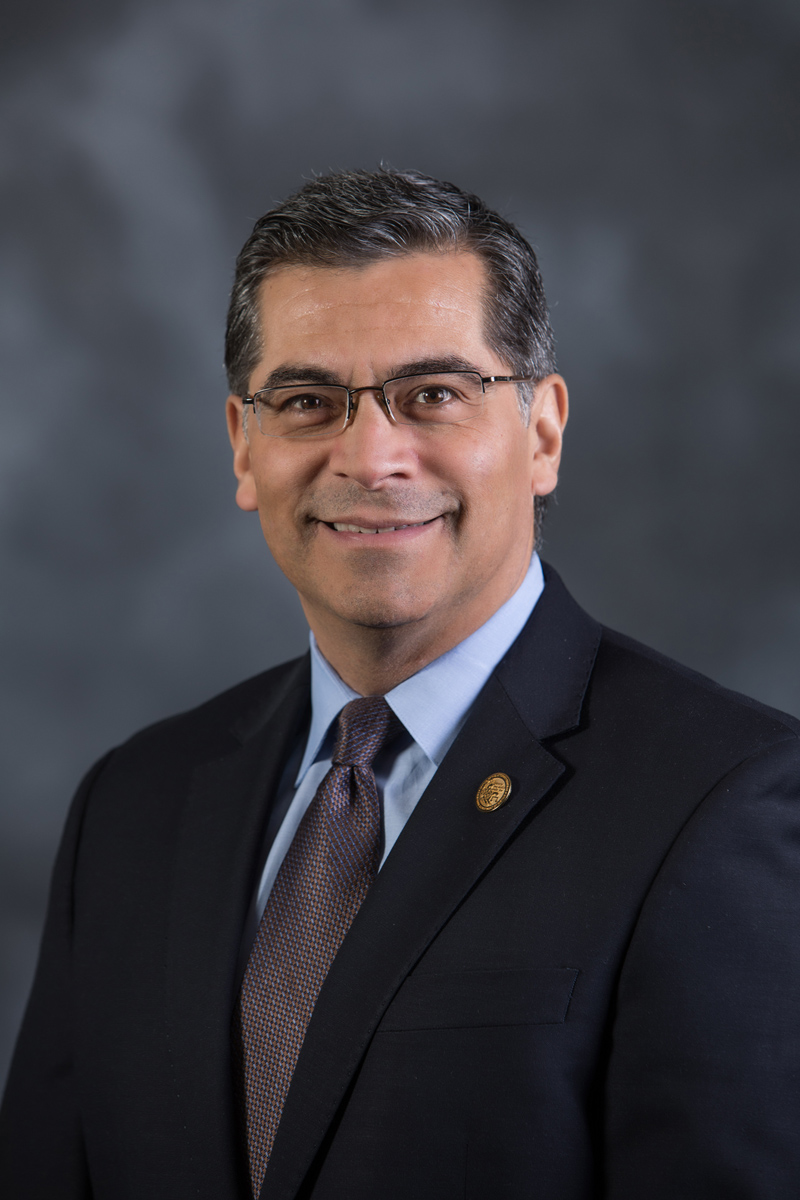 Becerra became California’s chief law enforcement officer January 2017. According to Becerra’s website, he is the first Latino to hold the office in the history of California.

Becerra was born in 1958 in Sacramento to immigrant parents. Speaking at the 2016 Democratic National Convention, Becerra recounted a life raised by his mother who left her home of Guadalajara, Jalisco, Mexico for the U.S. at age 18 to become a clerical worker and a father who left school in sixth grade to help support his family.

Like his parents, Becerra built his life from humble beginnings. As the first in his family to attend a four-year college, Becerra earned an economics degree from Stanford University and a law degree from Stanford Law School, according to his website. Following law school, he worked for a legal services agency representing the mentally ill.

Becerra served as a California Deputy Attorney General in 1987 and served one term in the California Legislature as the representative of the 59th Assembly District of Los Angeles County from 1990–1992. For over two decades in the U.S. House of Representatives, Becerra has represented districts of central and Northeast Los Angeles, one of which includes the Occidental campus. He has held prominent positions in many national committees such as the chair of the Congressional Hispanic Caucus, the chair of the House Democratic Caucus and the first Latino in the Ways and Means Committee, the chief tax-writing committee of the U.S. House of Representatives.

Becerra is at the forefront of the political resistance to the Trump administration, especially regarding immigration and environmental issues, Politics and Urban and Environmental Policy Professor Peter Dreier said. Representing a state with over two million undocumented immigrants, according to the Public Policy Institute of California, Becerra is a strong supporter of immigration reform.

Elise Sugarman ’17 interned for the House Democratic Caucus last summer when Becerra was its chairman. Sugarman said one of Becerra’s top concerns at that time was protecting immigrant families in his district. Speaking to her personal interactions with Becerra, Sugarman said one thing that stands out about him is how important he considers family. Becerra, who has a wife and three daughters, emphasizes family time for his employees.

In the May issue of The Atlantic, Becerra acknowledged California’s important role as a large state with forward-leaning politics.

“Sometimes it takes a generation, but we pull the country in certain directions,” Becerra said in The Atlantic.

Becerra is pulling his weight in the effort to challenge Trump’s attack on “sanctuary cities,” whose local politics are threatened by federal immigration agents.

“Rather than wait for Trump to send something our way and then react to it, I wanted to make sure they understood how the new attorney general interpreted state and federal law,” Becerra said in The Atlantic, referring to a conference he held with California state sheriffs about protecting the status of sanctuary cities.

According to the Los Angeles Times, Becerra went full speed ahead in his first 100 days as Attorney General, filing “a flood” of legal briefs challenging Trump administration orders on issues such as immigration and the environment. Becerra said he expects to continue being busy fighting Trump’s forthcoming attacks on California’s policies.

Becerra’s national leadership and connections with Occidental made him a prime candidate for an honorary degree from the college.

On behalf of the college, the Board of Trustees awards honorary degrees to recognize individuals’ extraordinary lifetime accomplishments at commencement, according to Chief of Administrative Affairs and Secretary of the College Marsha Schnirring. The commencement speaker along with several other nominees receives an honorary degree. The Honorary Degrees Committee reviews and recommends candidates for honorary degrees to the Board of Trustees. Suggestions for commencement speakers and honorary degrees come to the committee from anyone in the Occidental community, Schnirring said. The Honorary Degrees Committee is comprised of Occidental trustees, administrative liaisons and faculty and student representatives. Dreier and student representative Jessalind Tsui (sophomore) are two of the thirteen members.

In his nearly 15 years of on-and-off service on the committee, Dreier has helped choose speakers who the committee deems role models for students. Dreier said that Becerra is a good candidate to address the issues that are close to home for many Occidental students.

“There seems to be a lot of concern about immigrant rights and impact on students on campus, as well as coping with the attack on science,” Dreier said. “Becerra was a very strong voice for the progressive values of these issues.”

Becerra has visited Occidental before, participating in a panel on college affordability in 2013 and speaking in Dreier’s American Politics and Public Policy class, Dreier said.

Tsui said that Becerra was among the Honorary Degrees Committee’s top choices for this year’s commencement speaker.

“It is extremely important for our commencement speakers to not only contribute by inspiring our students with their experiences, but to also have their experiences and values complement the virtues Oxy prides itself in,” Tsui said via email. “I think students will be inspired by his story and impacted by the ways in which he has reached his accomplishments. To have someone who is personally related to the stresses immigrants face as the 2017 commencement speaker is recognition definitely worth celebrating.”