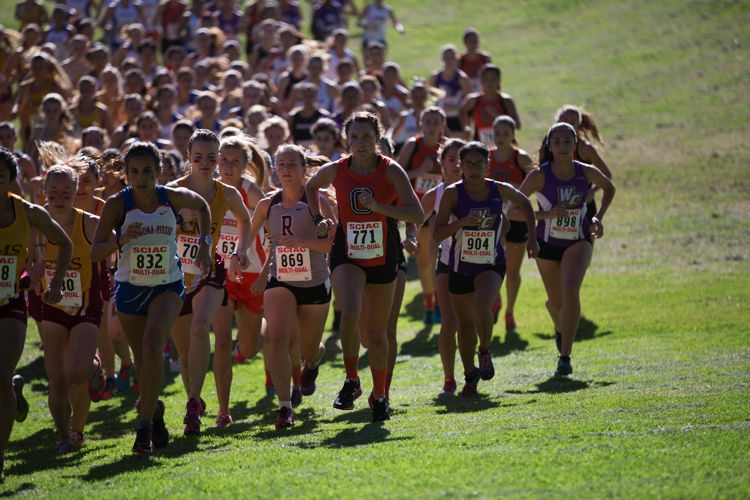 After a promising debut season, sophomore track star Emma Yudelevitch is primed to travel overseas and compete in July’s 2017 Maccabiah Games, an international multi-sport event commonly referred to as the “Jewish Olympics.”

“It’s basically just bringing everyone together to preserve and to celebrate Jewish traditions and Jewish people through sports,” Yudelevitch said. “I’m super excited.”

Participation in the event is a seminal point in Yudelevitch’s career and has become a reflection of all the hard work she has had to put in on the track. Her work ethic is so notoriously unrelenting, in fact, that coaches often hesitate to acknowledge their roles in her success.

“She absorbs information very quickly and that information sticks with her. So she doesn’t need me there all the time,” head sprints coach Tyler Yamaguchi said. “I think the fact that she’s such a hard worker and she takes instruction so well will make her the perfect type of athlete to cut loose and let her take care of her business [in Israel].”

The work ethic that those around her cite is just one part of what makes her such a model athlete. Her most defining characteristic remains the enthusiasm with which she approaches life on and off the track.

“The first word that comes to mind when I think of Emma is positivity,” Yamaguchi said. “She always has a smile on her face [and that is] always bringing a smile to everybody else’s faces.”

It is this commitment to her craft and enthusiasm for everything around it that has led to Emma’s sustained success. Known for maintaining a positive attitude regardless of circumstance, Yudelevitch’s demeanor on the track helps her keep a leg up on the opposition at all times.

“I think that’s something that separates her from her competition,” teammate Connor Pendleton (junior) said. “The fact that she’s always positive and having fun, not sweating the small stuff.”

By the time she first faced the daunting learning curve of collegiate track her first year, Yudelevitch was already a four-year varsity team member who held multiple high school records.

Having run through the high school record books and already put her college competition on notice, Yudelevitch is expected to take the Maccabiah Games by storm.