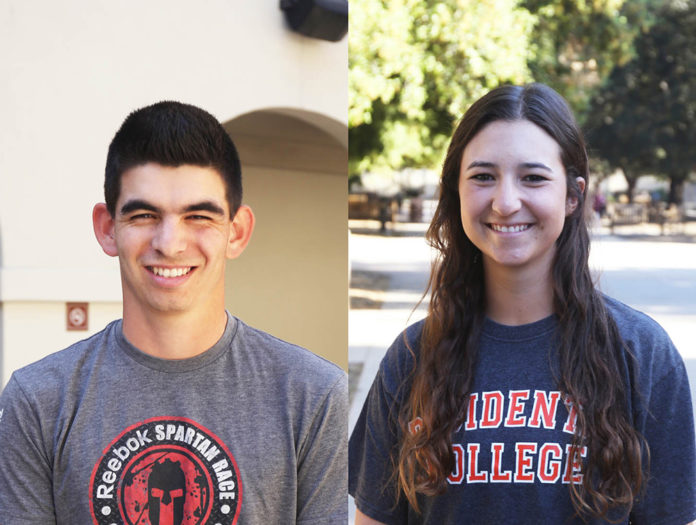 Sam Miller (senior) shot a score of 74 in a dual golf match against Macalester College March 22 at Pacific Palms Resort. Miller was also named the Southern California Intercollegiate Athletic Conference (SCIAC) golf Player of the Week following his performance at the match. During the team’s first outing on the Pacific Palms Course, Miller said the course elements that made playing the long game difficult actually played to his strengths, resulting in a strong performance.

“Right off the bat, it’s just a lot of placement golf,” Miller said. “You’ve got to hit it to a circle here, then a circle here, you’re just trying to find your way around the golf course.”

Miller said patience and purposeful shot selection, in addition to sticking with a preset game plan, was imperative to shooting well on this particular course.

“You kind of have to think about your angles a little bit more at that course,” Miller said. “Luckily, that fits my game because I feel like I’m pretty good with irons and I’m not as good with [a] driver, so I think that helped me play well and better than anyone else in the tournament.”

Teammate Jack Peden (senior) said after competing, Miller is diligent about finding areas of his game to improve upon and has recently concentrated on sharpening his game on the green.

“We have a set practice schedule each week and Sam frequently gets to practice 30 minutes to an hour early to work on whatever has been off for him recently,” Peden said. “It’s definitely been paying off, I think he is averaging at least a couple putts less per round compared to earlier this year and last semester.”

In his final season at Occidental, Miller said enjoying the moment and making the most of each competitive opportunity he has will lead him to a victorious conclusion to his senior season.

Miller is an economics major and mathematics and computer science double-minor, and his favorite Occidental event was SpringFest 2017 with T-Pain.

Cora Roberts (senior) hit a home run and had two RBIs in a softball game against Willamette University at Occidental College March 24. This was Roberts’ second career home run, the first coming against California Lutheran University March 23. According to Roberts, improving her batting has been a focal point of her senior season.

“I’ve been working on becoming a more consistent hitter,” Roberts said. “I haven’t hit a home run until now because I’m more of just a single-base hitter, and so it’s worked out for me over the years.”

On a team with eight seniors, Roberts said it is not always easy to be the most vocal leader, but she leads by example by modeling a consistently hard work ethic.

“I’m not always the loudest, but I definitely am always working hard and hustling and I’m definitely a more quiet leader,” Roberts said. “But I think it shows over the years with my hard work, even from the weight room to the field to the game.”

Teammate Drew Samson (first year) said Roberts’ mature approach to the game is a major component of her leadership style.

Coming into her college career primarily as a catcher, Roberts has filled a multi-position role on the team as a shortstop as well. Growing more confident in her abilities during her time at Occidental has allowed her to become the multifaceted contributor she is this season.

“It really is the mental game of, over the years, just being confident in myself and not overthinking everything,” Roberts said. “I’m definitely more proud of my approaches when I come up to bat and when I’m out in the field, just more confident in being a senior.”

Samson commended Roberts for her ability to fill multiple roles for the team while maintaining the same unwavering composure throughout the game.

“I think her biggest strength in my eyes is her adaptability,” Samson said. “Coach will say ‘You’re playing short this game and then the next, you’re going behind the plate,’ and she’s really shown us as younger players the importance of being adaptable and how you can learn all of these different positions and be valuable to the team.”

Roberts is an economics major and mathematics minor, and her favorite Marketplace meals are the specialty bacon and avocado grilled cheese sandwiches.