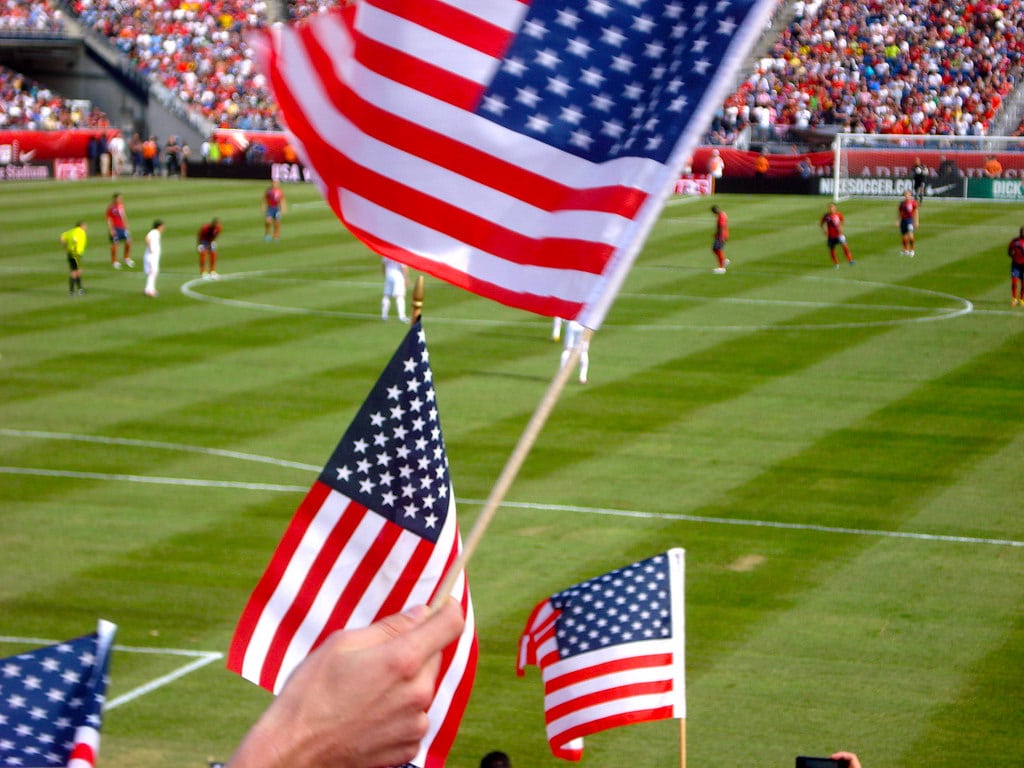 The U.S. men’s national soccer team will not be heading to Russia for the World Cup this summer, following a crushing 2–1 loss to Trinidad and Tobago Oct. 10, officially eliminating them from qualification. The loss ends a tumultuous qualifying cycle for the U.S. — one that saw manager Jürgen Klinsmann replaced with Bruce Arena after two straight losses to open up the qualifiers, and a run of overall poor play which led to the failure to qualify for the Cup for the first time since 1986.

Now comes the fallout: Bruce Arena resigned from his role as the manager of the national team Oct. 13, and former U.S. striker Taylor Twellman went viral with his rant after the 2–1 loss.

“This is an utter embarrassment with the amount of money that is in Major League Soccer and in this sport. You can’t get a draw? A tie? Against Trinidad? You don’t deserve to go to the World Cup,” Twellman said on ESPN SportsCenter.

It is hard to quantify the effects of this loss for the trajectory of men’s soccer in America. According to the Harris Poll, which has been asking adults about their favorite sport since 1985, men’s soccer’s popularity in America pales in comparison to football and is still behind other sports like men’s basketball and baseball. Yet, men’s soccer is growing, and in 2014 it cracked the top five for America’s favorite sports. It uncoincidentally saw a surge after the 2014 World Cup, and the national team hoped to build off that hype moving forward.

Missing the 2018 World Cup will hurt America’s interest in the game and make it harder for the team to convert Americans into supporters as well as aspiring players — it will be an eight-year gap for the showcasing of American soccer. Not to mention that America’s biggest draw, 19-year-old Christian Pulisic, will not get the chance to compete in Russia. Pulisic has established himself as America’s best player and the future of the national team — of the final 17 goals that the U.S. scored in qualifying matches, Pulisic would have had a hand in 12, according to The Ringer. If the U.S. had made it to Russia, Pulisic had the potential to attract young fans to American soccer even more than Landon Donavon or Clint Dempsey had ever done through their past World Cup performances.

Nonetheless, the loss unmasked major issues with the national team and showed that changes are necessary. It also likely means the end of an era for American men’s soccer: notable players like Dempsey, Tim Howard and Michael Bradley will all be shifted out in favor of younger players like Pulisic, Deandre Yedlin and other young prospects who are beginning to establish themselves. Nineteen-year-old defensive midfielder Weston McKennie is currently starting for FC Schalke in Germany’s Bundesliga and can be seen as a success for domestic infrastructure, as he came out of the FC Dallas Academy. Not to mention the strength of the U.S. Under-17 team, which currently plays in the U-17 World Cup and already made it to the quarterfinals.

Players on the U-17 team are quickly making their mark: forward Josh Sargent will join Bundesliga’s Werder Bremen in January, and Tim Weah, son of soccer star George Weah, recently signed his first professional contract with the French giant Paris Saint-Germain. Moving forward, the U.S. will need to go all-in on youngsters like these.

The talent pool for American soccer appears to be growing, although there are still broader, structural issues that need to be addressed. The Sports and Fitness Industry Association recently released a study that showed a trend between income and participation rates in soccer. In sum, it found that the more money a family makes, the more likely those kids will play soccer. This is due to the high costs of youth club soccer and leads to American soccer missing out on many young players who simply cannot afford to play.

The national team structure also needs to be changed. There is currently a vacancy for the team’s technical director, a job that focuses on developing the infrastructure of the organization for developing talent. Prior to his firing, Klinsmann was both the manager of the national team as well as the technical director — two very different jobs. Klinsmann’s ability to work on the long-term direction of the organization was undoubtedly compromised by having to deal with the day-to-day operations of managing the senior team. It is imperative that the next technical director is committed to only that one role, because as the national team’s performance in the qualifying cycle showed, the structure of the organization needs changes if America wants to continue growing its soccer culture.