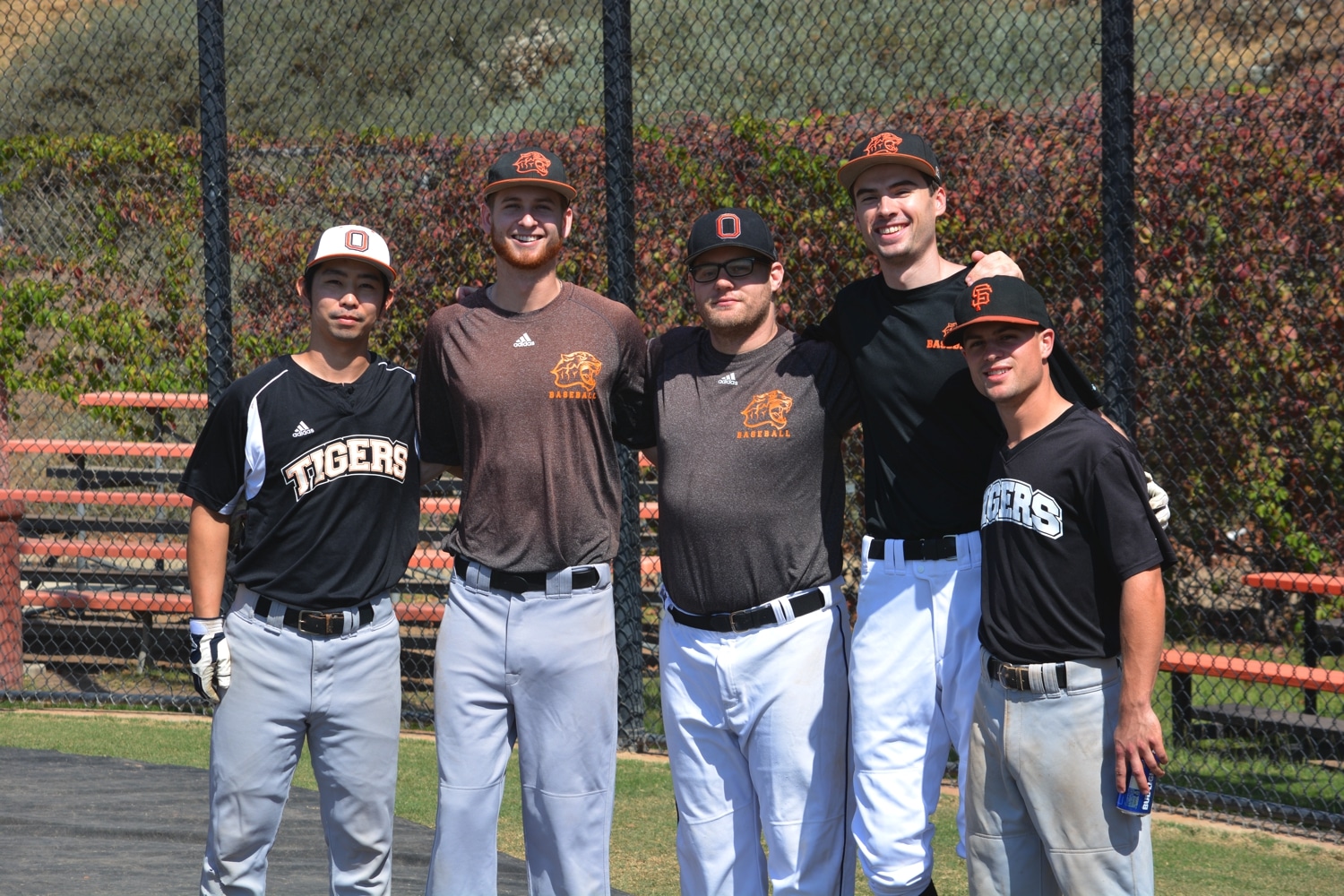 Saturday, Sept. 30, former and current Occidental baseball team members gathered for the annual alumni game. Over 40 alumni suited up for the competition on Anderson Field. The long-standing tradition of alumni games is an opportunity for the Occidental baseball community to not only get out on the field, but to reconnect with former teammates and coaches.

In previous years, Southern California Intercollegiate Athletic Conference (SCIAC) regulations required the alumni game to be held during the baseball team’s packed preseason schedule in mid-February. This year, SCIAC regulations were adjusted to comply with the broader National Collegiate Athletic Association (NCAA) regulations, which permit off-season friendly games. As the alumni game is intended to facilitate relationships between all members of the Occidental baseball community, the coaching staff jumped at the opportunity to hold the event during a less crucial time in the team’s preparation.

According to head coach Luke Wetmore, the alumni game is the perfect opportunity to connect with former players and keep in touch with the social network of Occidental baseball.

“The sport is more an avenue for team camaraderie than anything else. And we wanted the alumni game to reflect that,” Wetmore said. “That’s what we value in our program. We want to stay connected to those relationships, and build those relationships not only in the four years they are in our program, but as they grow and build their own families.”

While it was a nostalgic event for some, the alumni game was an opportunity for new players to familiarize themselves with game day procedures and suit up in the Occidental uniform for the first time. The event presented friendly competition without the pressures of an in-season conference game.

“It was awesome to experience the legacy and the community of the team, and it’s incredible to see all those guys [’83 and ’84 alumni] who come back for the alumni game, year after year,” J.P. Flores (first year) said.

Dave Andres ’84 is one of these loyal players and has maintained an interest and love for Occidental baseball since graduating. He has attended the annual alumni game for the past 10 years and began photographing the team last year. When he was a player, he said photos were only taken of the standout athletes, so he now makes a point to get a photo of everyone in action. Andres said his favorite photos are those which show graduates of different years together because, despite not having played together, they bond over their shared Occidental baseball experience.

Considering the notable absence of members from the class of 2014, who were attending the wedding of a fellow Occidental baseball alum, the head coach has even higher hopes for 2018.

“Maybe it wasn’t the most competitive, but I would say it was our most rewarding and fun alumni game yet. I think we can build from here, and next year’s game will be even better,” Wetmore said.

Wetmore notes that the lessons his players learn during their careers at Occidental can lead to useful life habits after baseball.

“Most players hang up their cleats after graduation,” Wetmore said. “I care more about how they approach their day-to-day and learn to manage their expectations while they are here, so when they leave [Occidental], if they do want to play — great. If not, they can still manage their time.”