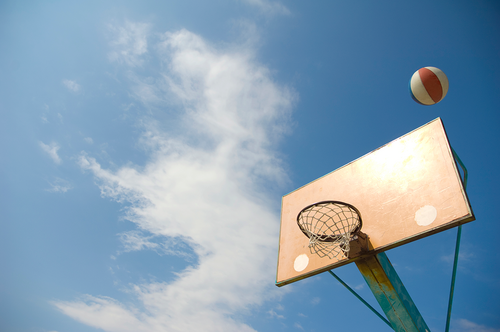 This year, the dunk contest sucked, and seemingly everyone agreed. There were no-name athletes trying spectacular dunks, failing miserably and then somehow receiving a 6 or 7 out of 10 from the judges for their failed efforts.

CBS sports sympathized with any viewer who suffered through the pitiful display. Fox sports claimed the contest was so bad the winner was rendered irrelevant.

While last year’s contest was nail-biting and competitive, it was somewhat of an anomaly in recent years. The dunk contest used to be must-see TV. The greatest athletes in the world would descend upon the dunk contest to show the world what they could do. They would soar to the rim with Olympic-like athleticism and the world would take notice.

The dunk contest’s major problem for years now has been star power. This year, the line-up was particularly disappointing. Among the headliners for the event was Derrick Jones Jr., a player with just 20 minutes of professional experience to his name and completely unknown to most NBA fans. Then, we had Glenn Robinson III, the winner no one cared about, and DeAndre Jordan who, despite being by far the most talented basketball player on the court, finished third in the contest.

All-Star Weekend needs superstars to participate so that people will actually care. I don’t care about David Jones Jr — give me LeBron James! Glen Robinson III is not the best dunker in basketball, and yet he took home the trophy at the end of the night.

On one of the few occasions he even acknowledged the existence of the dunk contest, LeBron James claimed he would win. He’s probably right, but we’d all love to see him prove it.

Michael Jordan — arguably the greatest ever — leaping from the free-throw line is one of the all-time greatest moments in basketball. That moment was integral to Jordan’s legacy and became the logo for the mammoth Jordan brand that we all know. There has to be some way of getting the LeBron Jameses and Russell Westbrooks of the league to get involved in the festivities. The league should throw money, cars and champagne at these guys if that’s what is necessary to convince them to compete.

Gimmicks were more apparent than ever at this year’s contest and they distracted from the dunks. The contest currently opens with each contestant trying two different dunks. If the dunk contest is to be taken seriously, at least one of these rounds should be free of shenanigans — just the player, the hoop and the basketball.

That is not to say there is no place for gimmicks. Dwight Howard’s phone booth antics were fun, Blake Griffin jumping over a car was a memorable moment and I even enjoyed Aaron Gordon’s drone dunk this year. A drone hovered above the hoop, dropping the ball before Gordon — on the bounce, grabbed the ball, swung it between his legs and slammed it down. It did, however, take him four attempts.

DeAndre Jordan exemplified the dark side of the prop dunk. In his first effort, he leapt over a DJ table, grabbing the basketball from DJ Khaled’s outstretched hand and throwing down into the hoop. While seeing DJ Khaled is always fun, it didn’t overcome the fact that this was essentially a man jumping over a table. Cool.

This dunk stands out as one of the more entertaining moments of this years contest, but it was just another example of when the contest becomes way too complicated for its own good. Props can cheapen the whole affair, like in 2011 when Serge Ibaka staged a lost toy storyline to try to spice up his dunk. The dunk contest should be about the best dunk and not the superficial accessories that can distract from the dunk itself.

It’s time for fans to have a say in the contest’s scoring again, even if some fans are occasionally misled. When a no-dunk receives a 7 out of 10, something has gone wrong. Fans would at least have the honesty to give a failed dunk what it deserves — a zero.

Now back to Gordon’s failed attempts. He missed the drone dunk three times. It became infuriating over the course of the contest as Gordon was not the only one who failed to simply put the ball through the hoop. Even more infuriating was the fact that judges awarded stupidly high scores (Gordon got 38 for one of his no-dunks) for not managing a dunk. So, give half the say to fans, via Twitter or Instagram or some other form of social media, and the other half to basketball royalty like Michael Jordan or Kobe Bryant who know a good dunk when they see one.

Something has to change. The dunk contest this year was so poor that I can’t even remember what Robinson III did to win it in the first place.