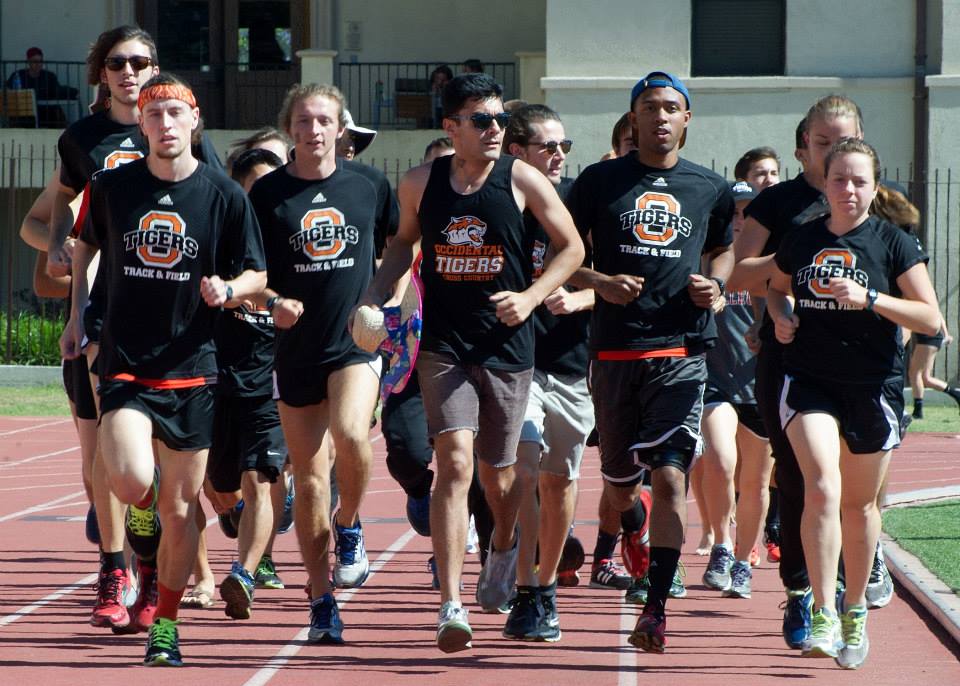 Just over two weeks ago, Groundhogs Day’s official mascot, Punxsutawney Phil, declared that winter will continue for another six weeks after seeing his shadow. But for many Occidental athletes spring has already sprung, with the start of the 2017 season. This spring season offers plenty of optimism for Occidental athletics; teams like men’s track and field, women’s water polo and women’s tennis are all pursuing successful seasons in 2017.

Men’s track and field has been on the rise for the past couple years, finishing 2nd at SCIAC championships the past two years and finishing 14th at the Division III National Championships last year. While the Tigers’ past two seasons are praise-worthy, head coach Robert Bartlett expressed in an email that their expectations are even higher this spring and that there is still room for improvement. Bartlett expressed his excitement for this season because of how many key players the Tigers are returning for the upcoming season.

“We have too many standout athletes to mention a few,” Bartlett said via email.

Similar to men’s track and field, women’s water polo is full of key players, each with their own unique and integral role for success. Head coach Jack Stabenfeldt (’14) outlined several players and their important roles: Carly Zurcher (senior), Hi’ipoi Lee (junior) and Amanda Akiyama (senior), who are the projected leading scorers for the Tigers. Co-captains Mirei Yasuda (senior) and Anna de Groot (senior) have key leadership roles, especially de Groot who is not only a co-captain but also the Tigers’ starting goalkeeper.

“She [de Groot] is already off to a great start and will be huge for us this season,” Stabenfeldt said via email.

The Tigers open up their season with 13 games of tournament play before conference competition begins. During this time, Stabenfeldt believes the team will find its identity and the players will attack the goal more aggressively on offense without sacrificing defensive coordination on the back end.

Although the Tigers lost two matchups to Concordia College and Claremont-Mudd-Scripps Colleges in a mini-tournament hosted by Whittier, they seek to bounce back in the Davis invitational against opponents such as UC Davis, San Jose State and CSU Bakersfield.

While women’s water polo continues tournament play, women’s tennis has competed in two conference matches so far, losing to Cal Tech and six-ranked Pomona-Pitzer. Head coach Ghia Godfree believes that the Tigers’ work outside of the match is leading to their equally diligent efforts on the court come game time.

“The ladies are working hard and bringing a ton of intensity to the courts. They are putting in the hours on the court and improving every day,” Godfree said via email.

Godfree, like many other college coaches, attributes a great deal of the team’s work ethic to her team captains Hannah Cohen (senior), Samantha Farrell (junior) and Lauren Hutkin (junior).

“[They] set the tone at every practice and match. They are positive and upbeat and exemplary Occidental College student-athletes both on and off the court,” Godfree said via email.

Cohen also gave an idea of what the culture is like thus far for the team.

“Recently our motto has been ‘keep it fun’…[we need to] remember its a privilege to be out here, you like doing this and even though we’re still in a division where we have to compete, just remember that,” said Cohen.

Cohen later described a driving force for the Tigers: the moments when they face off against intimidating SCIAC opponents who are nationally ranked and are able to pull off the upset, making victory that much sweeter.

“It’s just exciting to win. I guess the moment would be we know we won some games that we know we weren’t expected to necessarily,” Cohen said. “Our coach likes to say ‘we can surprise everyone!’ [That’s] exciting.”

This upcoming Los Angeles spring not only offers sunshine and warm weather, but also a group of athletes who are ready to represent Occidental and its student body through sport, striving for the ever-exciting moment of victory.