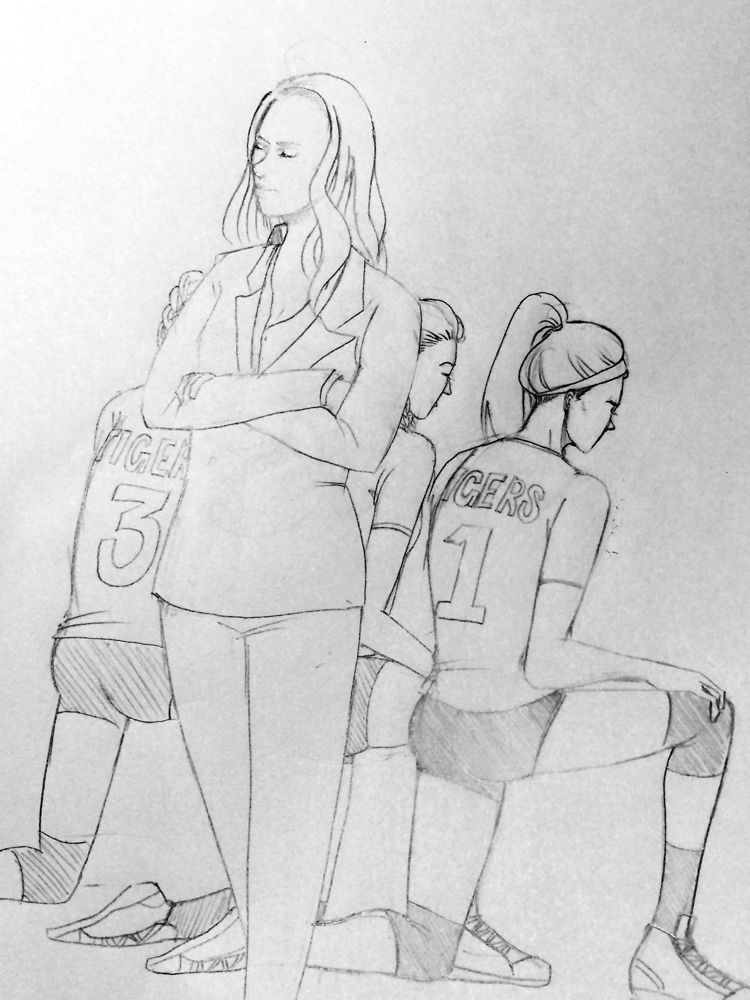 San Francisco 49ers quarterback Colin Kaepernick took a knee for the “The Star Spangled Banner” before a preseason football game against the San Diego Chargers Sept. 1. Ever since, a growing number of student athletes from across the country and at Occidental have begun to kneel in support of Kaepernick’s protest of a nation that “oppresses black people and people of color,” as Kaepernick said after the game.

“Our very own student handbook references the student’s right to engage in symbolic speech like refusing to stand or put one’s hand over one’s heart during the playing of the national anthem,” Hoffman said in her directive.

Hoffman recalled two instances in which outside individuals questioned an Occidental athlete’s kneeling during the national anthem. The most recent and significant incident occurred during a women’s volleyball match against California Lutheran University Oct. 22 at Occidental College.

“After taking a knee, and before the anthem began, the Cal Lutheran coach yelled from across the gym something along the lines of, ‘No, you better stand up,’” Cruz said in a statement to the Southern California Intercollegiate Athletic Conference (SCIAC). “Not only did she scream this directed action at me in a silent gym, but she also instructed her players not to clap for me when my name was announced for the starting lineups.”

Roesel claims she has since apologized for what she yelled before the singing of the anthem.

“It was an emotional reaction,” Roesel, whose father was a U.S. Army veteran and whose brother is a sheriff’s deputy, said via email. “I have strong feelings about the national anthem and what it represents.”

“They were going through the handshake line, and their coach, Kellee Roesel, as she got to Tiareh [Cruz], did not shake her hand and said, ‘This is America, and you need to stand up,’” Wells said.

Following Roesel’s remarks to Cruz in the handshake line, Wells decided to take action and to approach Roesel.

“I obviously saw it and was offended by it. I didn’t think it was appropriate,” Wells said. “So I called Kellee [Roesel] over to the net, and I said, ‘Kellee, I want you to know that’s the most unprofessional thing that I’ve ever seen and your athletic director and your president are going to hear about this.’”

Occidental has informed the appropriate parties at California Lutheran University about the incident. It was Cruz’s dedication to Occidental’s institution that made Wells eager to take the occurrence that transpired through the proper channels.

“The part that was most troubling to me was not that [Roesel] reacted. It was the antagonistic and threatening tone that I sensed,” Wells said. “It felt like she was bullying Tiareh.”

Roesel did not acknowledge any verbal confrontation with Cruz in the handshake line; however, Roesel admits she decided not to shake Cruz’s hand.

“At the end of the game, I made the personal choice not to shake the hand of a player I knew had knelt during the national anthem,” Roesel said via email.

Since the incident occurred, Hoffman has contacted the SCIAC regarding Roesel’s conduct, and she plans to raise the issue at the next SCIAC Athletic Administrators meeting.