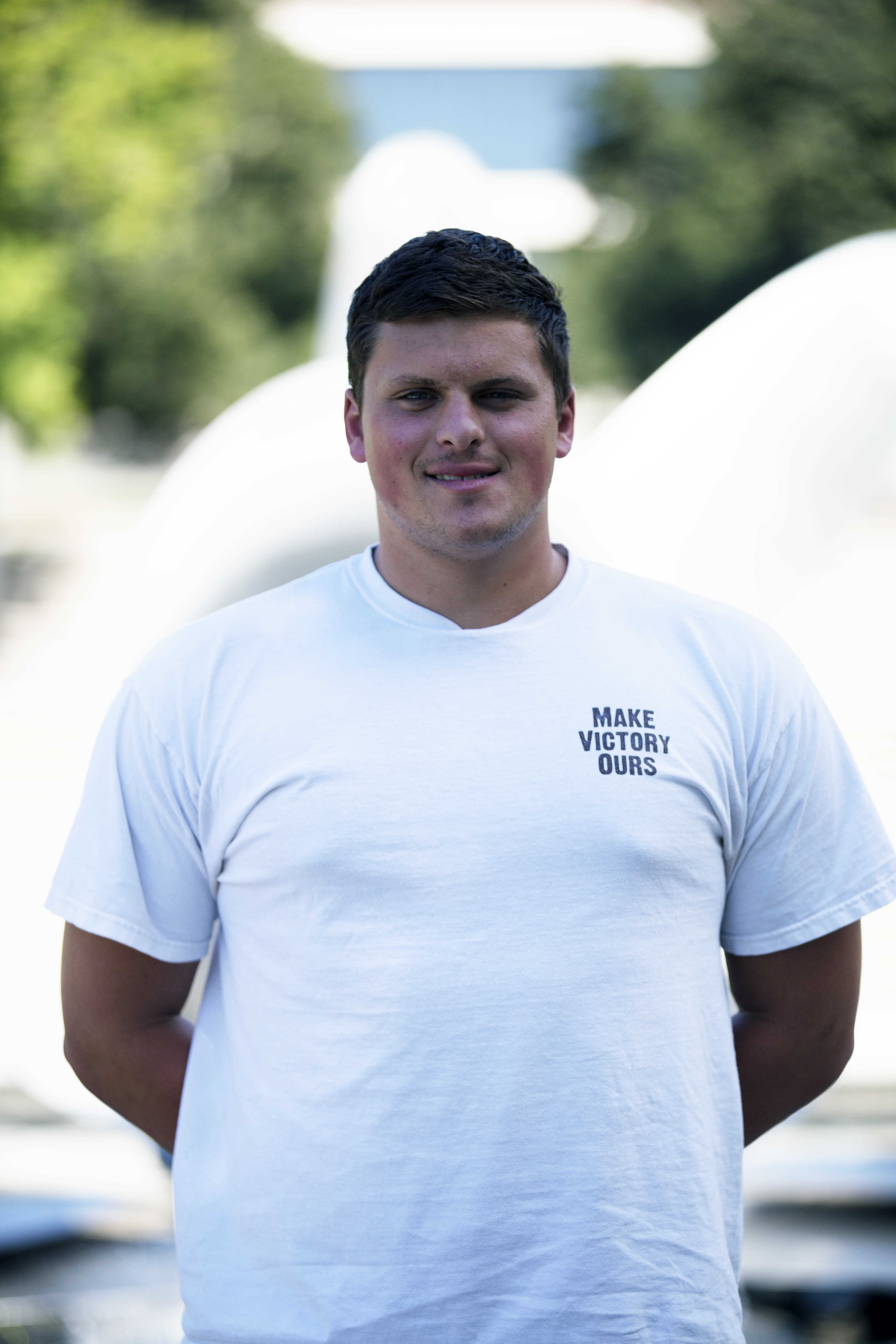 According to Occidental water polo veteran Adam Florsheim (senior), there are two types of goalies. The first is intense and loud, dictating the pace of the game through screams and orders. The second is stoic, letting his or her play speak for itself.

Florsheim falls under the second category. Quiet but effective, Florsheim plays for his team, purely out of love for the game. After breaking Occidental’s water polo save record with 26 saves Sept. 24, Florsheim let his play do all of the talking.

“If I make a big save, I’m not going to make a big deal about it, but I love it when my team starts screaming for me,” Florsheim said. “So it’s kind of playing for that, more so than anything else.”

“He stays very calm throughout the whole game, he doesn’t really lose his cool ever,” Bergevin said. “It helps our whole team not get down, if we’re losing or after they get a couple of goals.”

Teammate Matt Munet (senior) added that Florsheim is a big part of the team both as a vocal leader and as a safe presence in the goal.

“It’s very comfortable to know that your goalie has your back because he is the last line of defense,” Munet said. “He’s also very vocal … he’s a very good vocal leader, keeping us on the same page.”

Florsheim has been playing water polo since he was eight years old, solidifying himself as a goalie at the age of 12 when he began club water polo. He began swimming and playing multiple sports as a kid, encouraged by his dad who was also a swimmer. According to Florsheim, water polo was a perfect marriage of the two.

Playing in college was never really a question for Florsheim.

Averaging more than 15 saves a game and leading the SCIAC conference with 135 saves this season, one may think Florsheim has a special way of motivating himself before games. He doesn’t.

“There’s nothing I really do to pump myself up,” Florsheim said. “I just try to stay calm and do my job.”

The Tiger’s second game against Cal Lutheran Sept. 23 was no different for Florsheim. Coming off a 16-6 victory over Ventura College in the morning, Florsheim and his team were focused and confident. Throughout the game, Florsheim knew he was playing well, but because they fell to Cal Lutheran (9-3), he was more disappointed about the loss than focused on his own success.

Florsheim didn’t even know he had broken a record.

“I was a little mad, because we lost and I knew I’d played well,” Flosheim said. “I get out and Alex Zim (sophomore) tells me I got 26, and I was like ‘wow,’ the old record is something like 23, I didn’t know it was that many.”

More concerned with the team than his personal records, Florsheim hopes to see the team improve from the last few seasons. His goals include winning at least one game in the regular season and one in the post season.

“If we can do better than seventh, that’d be huge,” Florsheim said. “That’d be the best we’ve done since I’ve been here.”

He also has personal goals.

“On a personal note, I think it’d be really cool to get all-SCIAC recognition, like first team, second team recognition,” Florsheim said.

Regardless of how the season plays out, Florsheim’s teammates will undoubtedly miss his consistent, patient style of play. He will be remembered as both a goalie and a leader.

After playing for more than 10 years, Florsheim hasn’t lost focus of what keeps him in the water day in and day out, and he has no intention of stopping anytime soon. Whether he coaches or plays, Florsheim knows he will be involved in water polo in some form after he leaves Occidental.

“I don’t know if that’s something I want to do as a career,” Florsheim said. “But I’d love to stay involved, play some masters, coach a team, just get in with them. I definitely don’t want it to not exist in my life anymore, cause that’d be a large gap to fill.”