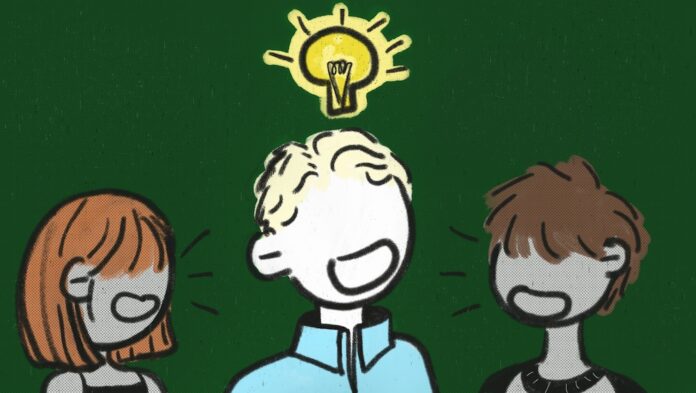 My first op-ed for this paper — an unprovoked swipe at discussions around identity which I felt excluded me — remains to this day the only piece of mine whose mere mention makes me full-body cringe. Four years later, it seems only fitting that I should use my last op-ed to correct my past self. I’m armed now with hindsight, but also a less myopic view of the world and my place in it. I understand now why I used to think the way I did, and have come to see exploring history and the self as inextricable, a dual pathway of learning that allows for transforming the guilt of privilege into something less selfish and far more productive.

As a first year, I was dimly aware of the privileged identities I carried but struggled to articulate an individual identity that acknowledged these privileges without reducing myself to nothing but their product. As a result, I often interpreted critiques of racism, whiteness and imperialism — which I began to encounter with unprecedented frequency once I arrived at Occidental — as directed at me personally. My first article critiqued a well-intentioned orientation game that asked students to group themselves by the location of their hometown. As a white kid who grew up in a military family, moving eight times between three continents before the age of 18, I wasn’t sure where to place myself. I believed these identity discourses excluded people like myself, and I argued for the recognition of some sort of hybrid white-military-kid-citizen-of-the-world identity. The article projected an internalized fear that the personal backgrounds I could not control would always define me, and externalized a cognitive dissonance resulting from having two of my privileged identities — my whiteness and my military affiliation — made visible to me for the first time.

Looking back, I realize that I understood subconsciously, though not yet academically, that whiteness as a social category meant to stratify and oppress people of color also generated a certain discomfort for white individuals. I would later hear this discomfort described as the “cultural poverty” of whiteness, the price of the historical bargain mostly European immigrants made to trade the label of “other” for the halls of power. In doing so, “white people” forfeited their unique cultural backgrounds in exchange for acceptance into a homogenized class, defined most notably by its distance from and power over Black Americans. I imagine the legacy of this bargain is why white people are often obsessed with claiming or constructing their own cultural heritages — from, on a more benign level, sending vials of spit to 23andMe to, on a more problematic level, misrepresenting themselves as Black, Latinx, Spanish and other identities in public spaces.

I wanted to distance myself from whiteness, but what else was there to latch onto? Most people latch onto a hometown, onto being “from” somewhere, but I didn’t feel I could do that either. The same background which ensured I had no proper hometown was also what made me unique — my upbringing as a military “brat,” an experience only around one million American children can claim. Yet, this experience carried its own uncomfortable truths. As a kid, I lived in Hawaii, which the U.S. seized and effectively colonized, and Japan, which the U.S. military once occupied and to an extent still does, operating dozens of bases and appropriating a quarter of Okinawa island. I could appreciate that the true nature of U.S. posture worldwide didn’t match the rosy, star-spangled image projected by the anthems before sporting events or the advertisements featured on American Forces Network. Yet I still felt a fierce need to defend this culture that shaped me and to hold onto something that made me different, interesting and not just white.

If I had hoped this discomfort would evaporate with time, I was sorely mistaken. Under the Trump administration, my four years at Occidental coincided with the ascendancy of white grievance politics, military fetishization and Christian nationalism to its greatest pinnacle in my lifetime. I grappled with this rise immensely and struggled to shake the feeling that by being white, military-affiliated and Christian — identities shared by many of those in power — I was somehow personally implicated. I projected much of this grappling across the pages of this paper. Classes on topics from colonialism to immigration history to the US wars in Iraq and Afghanistan amplified this feeling, yet, slowly, they also allowed me to see beyond myself by shining light on systemic histories, to understand the tributaries of the past that cut through the landscape of the present — to place individuals within history and history within individuals.

Perhaps it is because I have primarily studied history and international relations, but I have come to believe that only a thorough understanding of systems allows us to understand ourselves. Focusing solely on your personal history is too small-scale. I am aware of critiques that say this view borders on determinism, that by focusing so heavily on race and identity and systems we risk demoting ourselves from individuals to categories. I agree this danger exists — but only by placing yourself within systems can you break this determinism by interrogating which views are truly yours and which views serve only to protect you from discomfort.

True introspection — where the burden lies on you to interrogate yourself and not on others to soften the impact of your epiphanies — transforms the discomfort and guilt of living in privileged identities into something more productive by finding the avenues where your experiences, your time and your resources can catalyze change and insight. Maybe this looks like talking to white family members about the discomfort and uncertainty they feel when discussing their own identities. Maybe it looks like dedicating your life to a philanthropic cause addressing the harm of systems you may have once been caught up in. But the common denominator lies in looking at the currents which shaped you and considering how you might shape their future courses.

Looking back at the long history of this country, at the grip that empty ideologies of whiteness and imperialism still maintain on the national psyche, it’s easy to feel like our society can’t be salvaged. Losing faith in one’s country is like learning the tooth fairy isn’t real, a professor once told me; it’s part of growing up. But as I approach graduation, I retain hope in this country not because of any system or politician, but because of what I see as the transformative, introspective, empathetic power of my generation — the most socially involved generation in decades. I like to think this transformation is borne of a more dynamic view of history and of the self, of seeing the past not as a source of self-defeating guilt better forgotten, but as a roadmap of how we got here and a reminder that the contours of the future’s past are etched in the present.