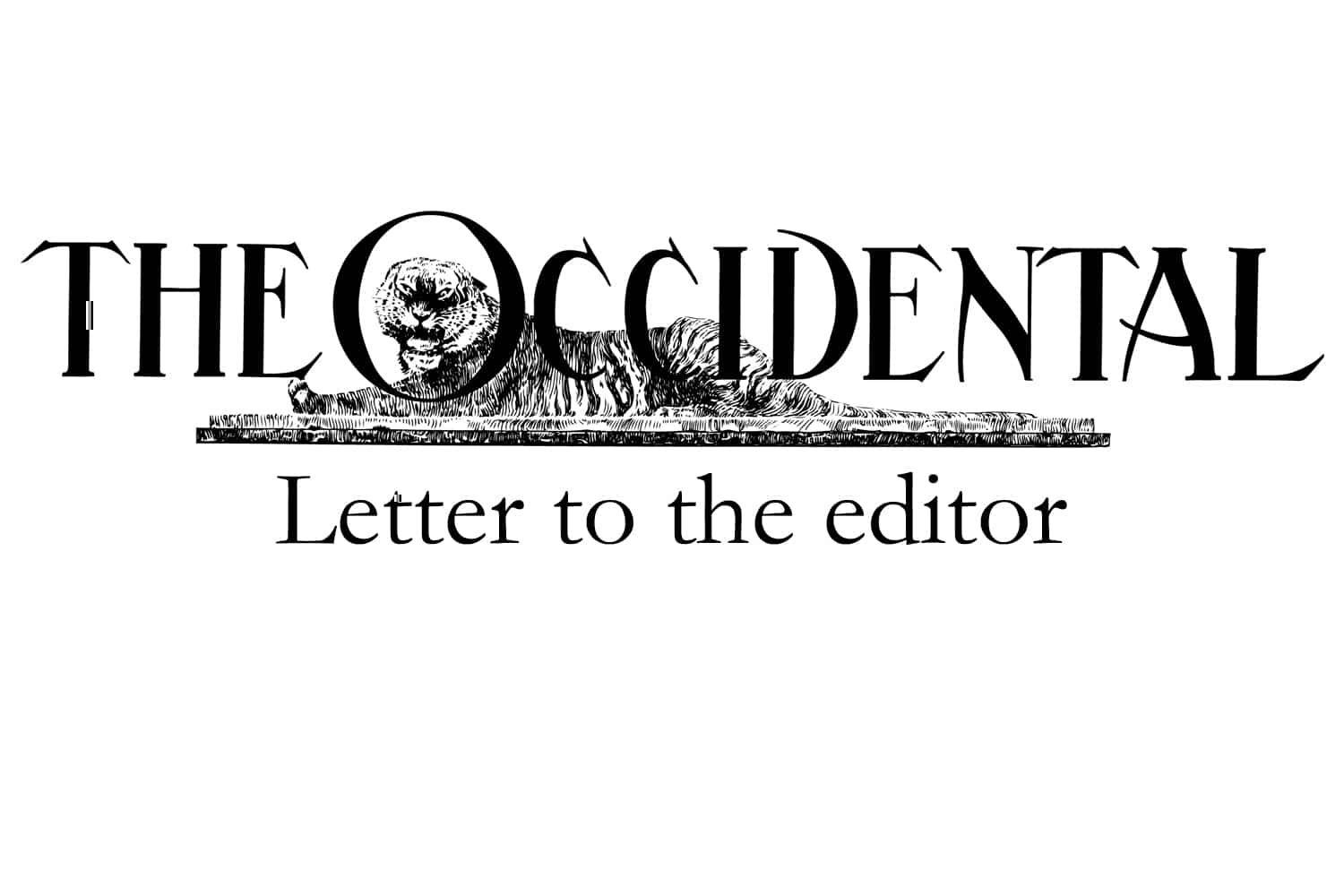 Occidental College announced March 19 that its 2018 Commencement will celebrate Women in Leadership and feature four distinguished women leaders from a wide range of fields. One of the four is trustee Cathie Young Selleck ’55, a pioneering tech executive who served as one of Occidental’s first female board chairs.

Shortly after the announcement, flyers objecting to Ms. Selleck’s inclusion were posted on campus and an online petition launched. Sponsors of the petition are basing their objections on an incident that took place outside an April 2014 trustee dinner. The petition alleges that Ms. Selleck bullied student activists, assaulted a videographer filming the scene and more generally refused to believe survivors. I believe that the backers of the petition — acting with the best of intentions — have misinterpreted Ms. Selleck’s actions and words.

Without question, the scene that night outside Booth Hall was chaotic. A 2014 review by then-Board Chair Chris Calkins ’67, and subsequent follow-up during the past week revealed differing eyewitness accounts regarding the nature of the contact between Ms. Selleck and the videographer. Mr. Calkins called the incident unfortunate but did not conclude that the contact was intentional. With regard to Ms. Selleck’s remarks that evening, she was quoted in The Occidental Weekly’s account of the encounter as saying, “We need more thought and more calm on behalf of the students.” This does not seem to be a remark that is “bullying” in nature or suggests a lack of belief in survivors.

I have talked with Ms. Selleck on numerous occasions, and she believes that we are in the midst of an important moment. Her lived experience, both personally and professionally, has made her support of survivors at Oxy and elsewhere resolute. Comments that question part of an argument should not always be interpreted as an attempt to deny the reality of sexual assault. She believed then, and believes now, that survivors should be heard and the College is working hard to do the right thing. She is proud of the progress the College has made over the past four years in addressing the issue of sexual misconduct and is glad that students and faculty continue to pursue the issue.

It’s worth noting that, as is the case with all honorary degree recipients, all four of this year’s Commencement honorees were selected, vetted and approved by the Board of Trustees’ Honorary Degree Committee, which consists of six trustees, three faculty representatives and one student representative. The committee reviewed Ms. Selleck’s qualifications and found her deserving of an honorary degree.

We have made much progress in addressing sexual misconduct at Occidental, and the Board and administration recognize there is still much we can and must do to address this problem. Over the past four years, the College — with the full support of trustees — has hired our first full-time Title IX and Clery coordinators, made multiple policy revisions, instituted regular climate surveys, fully cooperated with now-completed Department of Education investigations and sought to provide greater transparency. We believe this demonstrates an embrace of Oxy’s values and the importance of change, and a belief that the best way to build the College’s reputation starts with protecting and promoting the safety and well-being of Oxy’s students, faculty and staff.

We are committed to pressing ahead with our efforts to change the culture and welcome the continuing efforts of community members to hold Oxy to a high standard in this regard. We intend to continue the conversation — and, we hope, collaboration — with the community on how to reach our mutual goal of addressing sexual misconduct on campus, building on lessons learned from past experience.