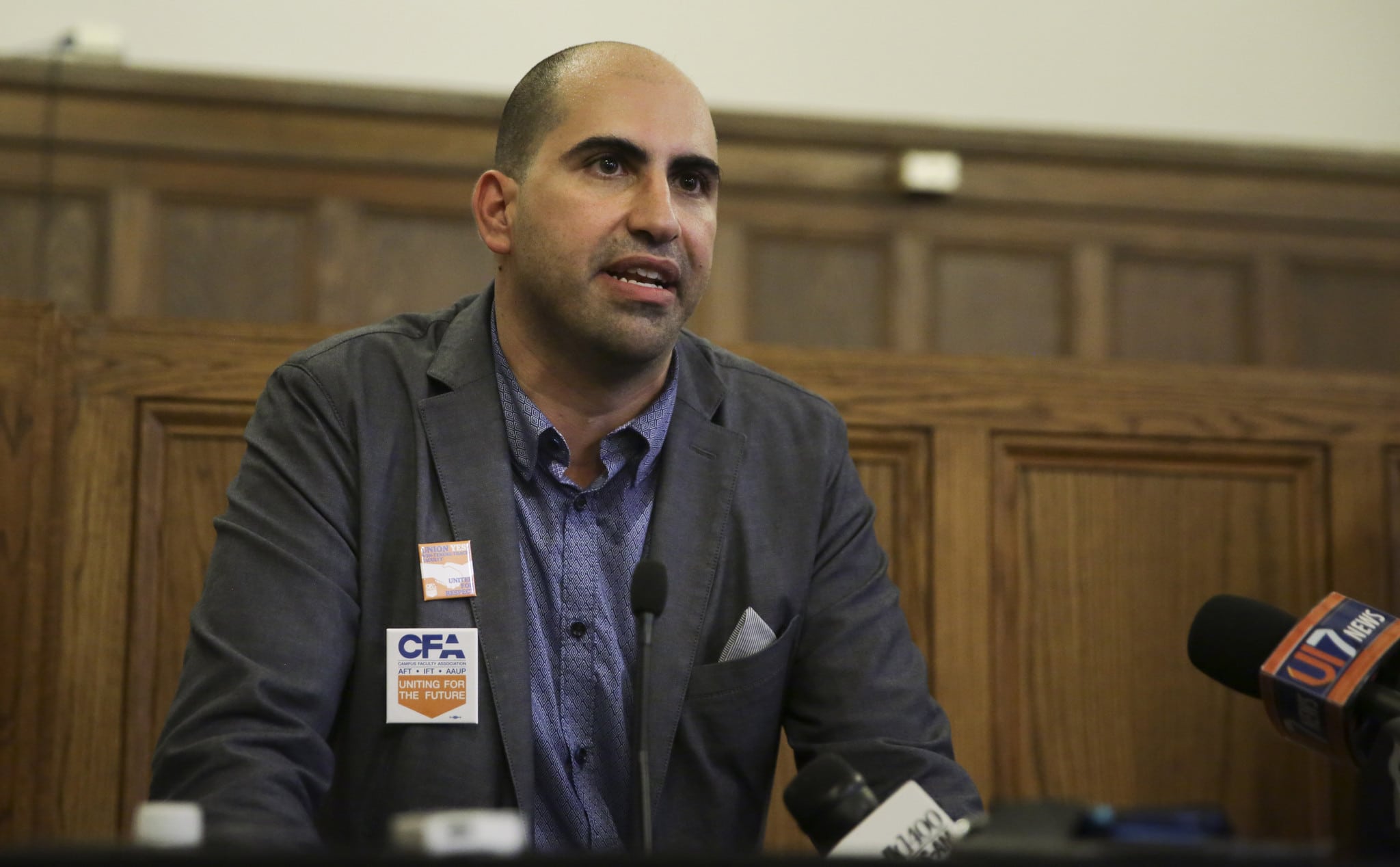 Although the authors of this article are all members of Hillel’s E-Board, the opinions stated here are those of individuals and do not represent the organization as a whole.

Professors, students and administrators welcomed Dr. Steven Salaita to Occidental Feb. 8. Sponsored by the American studies, English, history, Media Arts and Culture, Politics and sociology departments, as well as the associate deans, Intercultural Community Center and the Remsen Bird Fund, Salaita came to discuss his most recent book, “Inter/Nationalism.” He argued that the Zionist movement in Israel parallels European colonization in North America.

The decision to invite Salaita made many Jewish students feel uncomfortable, given his previous tweets and published works. His speech on campus was problematic, and it represents a larger trend of academic departments inviting only one-sided speakers to campus.

For those unfamiliar with Salaita, here are two of his problematic statements:

You may be too refined to say it, but I’m not: I wish all the fucking West Bank settlers would go missing.

Zionists: transforming “antisemitism” from something horrible into something honorable since 1948.#Gaza #FreePalestine

(After the kidnapping and murder of three Israeli teenagers)

These are some of the tweets that caused the University of Illinois at Urbana-Champaign to revoke a tenured position offer to Salaita in 2014. Salaita rejected the notion that such tweets were anti-Semitic, saying “I regret that [the tweets] were misunderstood and pulled out of a much larger history of tweeting and general political commentary that indicates quite strongly and clearly that I’m deeply opposed to all forms of bigotry and racism including anti-Semitism.”

Even if Salaita’s tweets were not intentionally anti-Semitic, he underplays the potential damage caused by interpreting them as such. Many Jews interpreted them as offensive. Additionally, gentiles with anti-Semitic leanings may find Salaita’s statements salient and use them to justify their bigoted beliefs.

Salaita’s speech at Occidental omitted important context that would provide perspective on a complex conflict. When he discussed the Israeli bombings of Gaza during Operation Protective Edge in 2014, he neglected to mention that Israel was retaliating against the terrorist organization Hamas for their murder of three Israeli teenagers and firing of rockets into Israeli civilian centers. Nor did he mention that Hamas placed military targets in civilian areas. Purposefully leaving this out leaves little room for dissent.

Additionally, Salaita portrays the conflict as a colonial-native narrative akin to European actions in the Americas. But this narrative does not hold because of the deep historical, ancestral and religious ties Jews have to the land of Israel. To many Jews, the erasure of these ties is a direct attack on their very identity and is therefore inherently anti-Semitic.

Salaita’s failure to include vital details limits his perspective of the conflict, which demonizes Zionism as a violent, colonial concept. But this portrayal of the movement is narrow and inaccurate. Jews were repeatedly expelled from Canaan and settled in Europe, North Africa, and the Middle East. Since then, many other countries have exiled, persecuted and killed Jews, culminating in the Holocaust. These events led to Zionism, the belief that the Jewish people have a right to their own nation in the land of their ancestors.

Although the state of Israel has in the past used military force against its Arab and Palestinian neighbors to expand territory, these actions are not inherent to Zionist ideology. Zionism does not include any intrinsic belief that other peoples should be removed to achieve its goal, nor does it promote violence in any form. Many Zionists advocate for Palestinians and support a two-state solution. Yet Salaita rests his argument on a narrow definition of Zionism that suggests all Israelis believe they have the sole right to Israel/Palestine and condone the use of violence to assert that right. Salaita is therefore able to demonize Zionists and disregard their perspective entirely.

Salaita has also repeatedly called for excluding Zionists from other unrelated leftist movements or events like Pride or Women’s marches. These remarks are especially relevant at a an overwhelmingly liberal school like Occidental. They could lead liberal Oxy students who hold Zionist beliefs to feel entirely barred from political activism.

But the issues with Salaita go beyond political exclusion. His tweet stating “I wish all the f—— West Bank settlers would go missing” openly advocates violence. His speech at Oxy echoed this; he refused to condemn violence against Israeli civilians and stated that he did not consider stone throwing to be a form of violence, despite the fact that several Israelis have been killed by stone throwing. In addition, the language of Salaita’s speech conflated Jews — a multiethnic, multinational group of people — with Israelis, citizens of a specific nation, stating that “Jews” take resources from “non-Jews” in conflicts between Israelis and Palestinians. When Salaita conflates Israelis with Jews in one sentence and then subtly supports violence against Israelis in the next, it’s easy to interpret his views as anti-Jew, regardless of nationality, as well as anti-Israel. This makes many Jewish students feel unsafe.

It is our hope that in the future, departments will be more wary of who they invite to campus and bring guests with diverse opinions. If Occidental continues inviting speakers like Salaita, they should counterbalance them with speakers like Tal Becker, who served as legal advisor to the Israeli foreign minister and has been at the forefront of numerous peace negotiations. In doing so, they will foster a healthier learning environment that does not limit students to one perspective and challenges them intellectually.

This article was updated Feb. 22 to clarify the authorship of this letter to the editor.

(Oxy) Overheard it in a past life