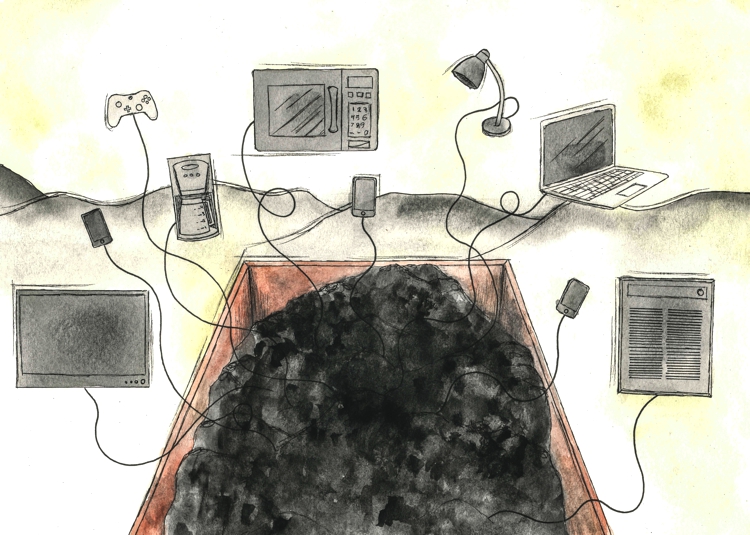 In comparison to the many social and political issues that exist in gray areas, the coal industry is one that most people have strong opinions on, and the consensus in California seems to be that it’s terrible. Whether it is mentioned in passing or in class discussions here at Occidental, everyone is quick to condemn coal — but allow me to play devil’s advocate. My argument is not whether the coal industry is good or bad, but that people in areas outside of coal country could do with some empathy. In a discussion with a friend, I asked whether they had considered the impact that coal has in other parts of the country, to which they responded, “that’s their problem.” Finding viable, renewable energy is actually the entire country’s problem. Residents of states that don’t rely on coal need to make an effort to understand the importance of the industry.

As someone who grew up in West Virginia, I have a firsthand grasp on how crucial the industry actually is to much of the United States. Californians are largely unaffected by what happens to the coal industry, and it’s easy to point fingers at a problem located hundreds (or thousands) of miles away. One reason that President Trump’s campaign was so successful in parts of Appalachia was due to his emphasis on bringing back the coal industry and, specifically, the jobs it produces. Unlikely as this revival is, this aspect of Trump’s campaign spoke strongly to people who feel that their concerns are not being heard by the government and areas of the country not dependent on coal. Consider California losing its entertainment or agricultural industries, and how that would affect the economy. Better yet, imagine California losing its own power sources. Losing a primary industry, let alone the one responsible for electricity, would be catastrophic to any state.

I remember touring a nearby coal-fired power plant as a kid, and hearing trains transporting coal rumble past my high school. I’ve seen the coal miner statue on the grounds of the West Virginia state capitol. Even in a town miles away from actual coal mines, it wasn’t hard to see evidence of them. It’s important to realize that eradication of the industry wouldn’t just affect coal miners and executives, but also those working in transportation, power plants, offices, supplying equipment and vehicles … the list goes on. A significant loss in demand for those industries would, in turn, cause a spike in unemployment. Though the addition of a new power industry might provide some jobs, they will not necessarily be filled by those who formerly worked in coal.

Coal is a fossil fuel, and in addition to its immediate toll on the local environment, it releases large amounts of greenhouse gases into the air when burned. Given the massive environmental issues at hand today, it makes sense to move away from “dirty” energy sources. However, like most political changes, that requires money, not to mention drastic infrastructural changes affecting everything from power plants to job training.

In 2015, coal generated 34 percent of the nation’s electricity. West Virginia relies on it the most heavily, with 95 percent of its electricity provided by coal. In comparison, California is ranked as the fourth-least reliant of the states. So it’s logical that Californians can afford to adopt a harsher attitude toward the industry. However, when I ask people how they would propose replacing coal, they usually simply state that other forms of energy should be used. That goes without saying, but tell me how. Of our fifty states, solar panels are most heavily relied on in sunny California — and even then, they only supply 8 percent of the state’s energy. No state is primarily dependent on solar power, so to suggest that West Virginia (which receives far less sun than California) should replace coal with solar energy is ridiculous. Wind and hydropower also depend on geography and climate, making them more viable for some states than others, and West Virginia isn’t a prime candidate for either one.

It might be satisfying to rant about the issue, but without ideas for improving it or even a clear understanding of the circumstances, the conversation will go nowhere. It is one thing to think of coal as a necessary evil, but another to refuse to acknowledge its importance, or to vilify those that work to keep the lights on across a third of our country. Until a widespread shift to renewable energy is a real possibility, whether in California or in Appalachia, we should keep criticism towards the coal industry to a minimum and instead focus on finding tangible solutions to the problem.

Sarah Hoffman is an undeclared first-year. She can be reached at shoffman@oxy.edu.