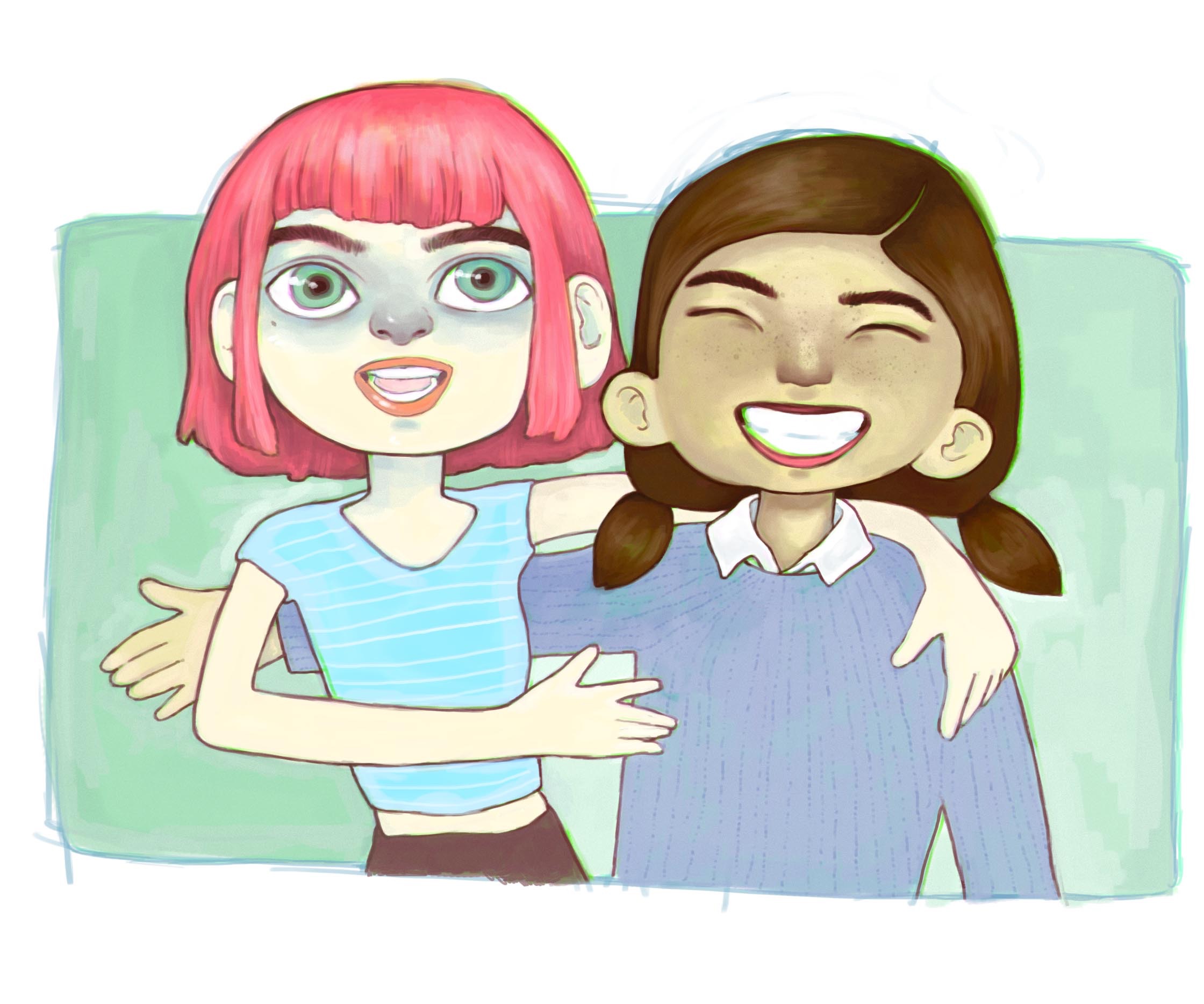 When I arrived in Buenos Aires, Argentina this past July, I thought that everyone was flirting with me. While we can probably chalk this up to my (cute!) tendency toward a little narcissism here and there, I’d like to suggest an alternate explanation, which is that in Argentina, everyone touches each other, platonically or otherwise.

Picture walking into an Occidental party. Imagine that, as a junior coming back from studying abroad, you know roughly 20 percent of the people there. Now imagine that the 80 percent that you don’t know make a beeline for you as you’re standing in the threshold and proceed to kiss you on your face. Sound familiar? Definitely not (except for maybe at ATO). But in Buenos Aires, it was as common as accidentally sitting in yerba mate leaves in the park or stepping in poop from some old lady’s impeccably manicured bichon frise — basically, it happened a lot.

So you can imagine my confusion upon returning to Occidental this semester, when instead of being greeted for the first time with kisses on the cheek and “¿De dónde sos?,” I am met with averted eye contact and a generous five or six feet between myself and whoever I happened to be meeting, and sometimes a failure to even ask me my name. Americans, and especially American college students, seem to have a phobia of physical contact, and this is something that, since returning to campus, I have found myself to be decidedly uncool with.

When I pitched this piece, a fellow Weekly staffer pointed out to me that in many Western cultures, generally speaking, we have reached a point of physical depravity where the only times that we expect to be touched are in situations that entail violence or sex. So where, then, does platonic physical intimacy fit into what our culture deems appropriate?

Of course, not everyone likes or feels comfortable being touched, and this is an important thing to keep in mind when interacting with friends and acquaintances. Without good judgment and communication, the subject of touch can get, well, touchy, so tread with caution.

The scientific benefits of physical contact are well documented. From the success rates of premature infants to the teamwork skills of chimpanzees, touch from another being is essential to our survival, both individually and as a society. A study conducted at the University of California, Berkeley challenged participants to convey a variety of emotions to a stranger simply by touching their hand (through a barrier separating the two people) in different ways. Before the experiment, the odds of guessing an emotion correctly were 8 percent; compassion, however, was correctly identified 60 percent of the time.

While that’s an awfully tender statistic, it gets pretty depressing when combined with this one: Another study, done by a Canadian psychologist in the 1960s, determined that during an hour-long conversation, friends in Puerto Rico touched each other 180 times, and friends in France shared 110 touches — but friends in the United States and the United Kingdom? Two and zero times, respectively.

So not only are we Americans and Brits not receiving the increased levels of oxytocin (a hormone associated with love, trust and bonding) associated with acts like hand-holding and hugging, we are also seriously lagging behind in the compassion department (are you shocked?). I don’t think it would be a stretch to say that the political polarization currently occurring in both the U.S. and U.K. can be chalked up, at least in part, to citizens’ inabilities to empathize with one another.

Last week, that magical college thing happened where my classes and post-adolescence existential confusion lined up nicely. In one of my politics classes, we read a chapter from Iris Marion Young’s “Justice and the Politics of Difference,” in which the author presents the idea that sight is an inherently subject-object exchange (between the viewer and the one being viewed). While sight allows a viewer to observe and form judgments on the person being seen, it leaves no room for mutual understanding. Touch, on the other hand, is a subject-subject exchange; one cannot touch without being touched back.

So what’s wrong with us? We seem to know that the occasional shoulder-squeeze or awkward “I-went-in-with-both-arms-but-you-only-reached-out-one” hug could actually calm some of our weird little psyches down, and yet we still balk when a peer reaches out to shake our hand for the first time like a grown up.

A friend from England recently told me that, when chatting with someone at the bars on York Blvd., she reached out to touch his arm as an act of confirmation — you know, like a human? Later on in the night, a female friend pulled her aside and asked “Oh my God, are you into him?” as if she’d asked for his number or bought him a drink or, like, stood outside his window with a boom box blasting Peter Gabriel (since when is “Say Anything” not directed by John Hughes, by the way?).

My point with all of this is simple: By fearing physical closeness, or that, God forbid, we seem interested in someone on a basic human level, we present ourselves with a catch-22. Our deprivation of touch in any casual context leads us to believe that any physical exchange has threatening or sexual connotations, yet most of us want it in some form or another. So as much as I want to end this piece by quoting certain hits from the Doors and/or Mariah Carey (you know the ones), I’ll hold back and leave you with this: Touch the people you care about, or want to care about (as long as you know they’re cool with it), and we’ll all understand each other a little bit better.

Charlotte Umanoff is a junior politics major and Spanish minor. She can be reached at umanoff@oxy.edu or on Twitter @umanoff.