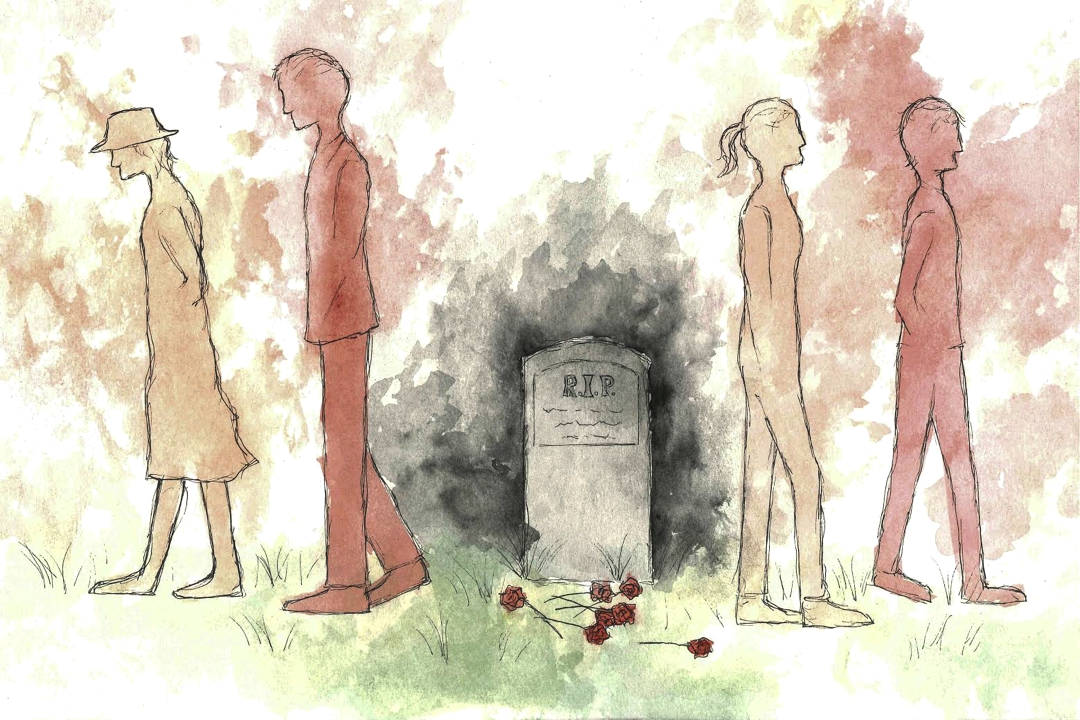 I remember vividly the first time I saw the rings on the inside of a tree. We took a field trip to Central Park — where Manhattanite toddlers first meet “nature” — and stopped at the tallest tree I had ever seen. Our teacher brought out a slab of a magnolia tree and had us count the rings. After counting several dozen, she revealed their significance.

The class responded with shock that this tree was older than we — even our parents! — were, a shock I believe symptomatic of many of our first encounters with the vastness of the universe. This shock manifested in either denial or awe. The idea that many of the stalks around us would outlive us frightened some, but to me, it was miraculous. Learning of my smallness excited me. There would be so much to explore! I couldn’t wait to tell my parents.

A decade or so later, this lasting spirit of curiosity and wonder would save me from being crushed by the weight of the news of my mother’s unexpected and fatal heart attack. It hit like an unforecasted hurricane; just yesterday I had emailed her angrily about how she hadn’t paid my phone bill on time. It simply wasn’t possible that the reason she never responded was because she no longer existed in physical form.

There’s no blueprint for how to grieve a parent, especially the untimely loss of a mother at 19, living across the country in the utopian bubble that is college in Los Angeles. Someone, I think Freud maybe, once said that the first major traumatic experience in one’s life is the separation from the mother via umbilical cord at birth. The process of grieving your mother feels like a most violent and primitive laceration of the umbilical cord. I couldn’t seek advice from my peers. I couldn’t seek advice from my dad, whose own mother was still alive. I had to feel my way through the darkness, back to stability, gripping to the blind radical hope that something beautiful might grow from my mother’s void.

Sure enough, it did. With time, I found that extraordinary people, people I still don’t feel I deserve to be able to call best friends, were attracted to the resilience I emanated in my mother’s wake. After a period of self-preservation-inducing desensitization, I blacked in to realize losing my mom had given my life almost a fifth dimension: What magic, what love, what wonder there is in this world. Suddenly, my favorite Baldwin quote went from a literary favorite to a mystical reality: “Life is tragic, and therefore unutterably beautiful.”

This most extreme confrontation with mortality would prepare me for the news of another unexpected and untimely loss three months later, this time of a peer. While drafting a nasty text to my then-boyfriend in response to something stupid he had said drunkenly the night before, he called me to tell me our friend jumped out the window last night — the same time as our petty fight. Once again, the world stood still. Everything irrelevant fell out of the way as he fell into my arms.

The news hit me hard, but it didn’t crush me in the same way. Rather than a hurricane, I found myself in a drizzle of acknowledgment of the permanent void left in place of John’s vibrant self, of overwhelming love for my friends and boyfriend who had called him a brother much longer than I — but not in shock.

After losing your mother, death takes on a different shape.

Extreme grief teaches you that fear of death is a misunderstanding of life. We are always dying, from the minute we come into the world. We know our time is limited. Life is about making the most of that time, which means learning what it means to be present with the people around us, even loving some of them. Grief forces us to reconcile our priorities and contextualize our time here and the space we occupy, so we no longer take the magnificence of the moment for granted.

While my friends felt the drowning of their first hurricane, I felt I could serve as a raft. There exists a kind of universal human experience in losing any loved one, but the loss of a peer takes its own shape. We are supposed to outlive our parents — that doesn’t make it easier, but it makes sense, and sense is one of the hardest things to come by in the face of death. Nineteen years, however, is incomprehensibly few. But, unlike me when I lost my mother, my friends and I had each other and a shared experience to help us reconcile the loss. Out of it we recognized a newfound depth in ourselves and our bonds.

I’m not afraid of dying. I’m not afraid of much at all anymore, actually, with one exception: I fear one of us existing in the world without the other; I fear the inevitability that you will outlast me, or I, you, and we will probably not get the closure of final words. Our end is as certain as our beginning, and yet the topic never touches our tongues. What scares me most is the swirl of wonder that can be so quickly subsumed by the grimmest form of loneliness and irresolution when grief encroaches, unaccompanied by a goodbye.

By the time college comes and goes, we will all have drowned in the unexpected death of a loved one. Whether it’s to suicide, an overdose, a car accident or a gunshot wound, it will happen and it will hurt. But we can make it hurt less by talking about it. I don’t just mean after it strikes — I mean acknowledging to one another our own mortality and the undeniable fact of our temporary visit on this earth while we still have each other.

It may seem extreme. It may seem scary and it may seem painful. But it doesn’t have to be, and it serves a dual purpose: We’re not merely preparing for the slight but very real chance of our untimely taking, we’re penetrating the superficiality of any surface-level relationship that only confronts the current moment. Paradoxically, we allow ourselves to transcend the current moment by becoming genuinely present within it.

I fear that our avoidance of the fact of death is the surest sign we have yet to learn what it means to live.

Wellesley Daniels is a senior Politics major. She served as the editor-in-chief of The Occidental Weekly for fall 2016 and currently works as a senior editor. She can be reached at wdaniels@oxy.edu or on Twitter @wellesleydann.

Letter to the editor: Oxy students demand a People’s Budget in LA, stand with BLMLA

Social well-being pre-, during and post-pandemic