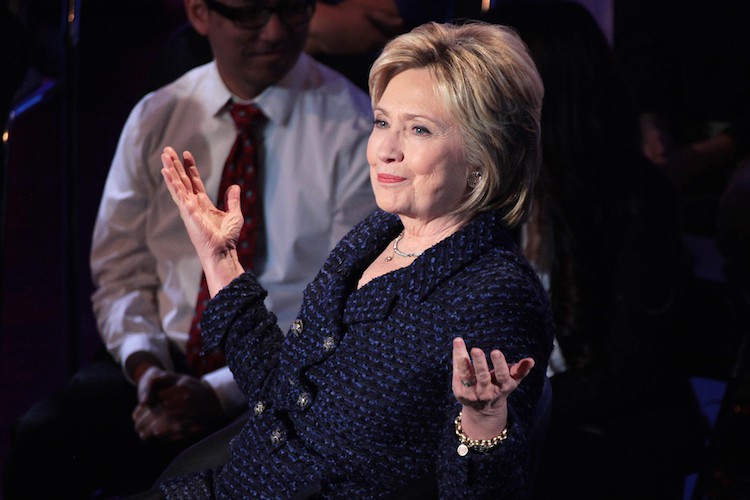 There are good reasons to dislike — even hate — this year’s Democratic and Republican presidential candidates. But voting for a third party candidate, or worse, not voting at all, is not only misguided but downright dangerous.

If you’re registered to vote in California, I can concede that not voting for major party candidates is your prerogative. But if you are submitting an absentee ballot in any state that isn’t overwhelmingly blue, it is your civic and moral duty as a citizen of this country and this world, as the beneficiary of a proper education, and as a human being capable of empathy, to vote for Hillary Clinton come election day.

This is not a letter to convince you that Hillary is a good choice. Our system of government has historically ignored, marginalized and oppressed too many for too long to inevitably leave a lot of us feeling hopeless that any establishment candidate will ever come up on their promises to make substantial change post-campaign. Rather, it is a letter to remind you that for the past several months she has been almost neck-and-neck with the biggest threat to our democracy modern history has ever seen.

As has been noted time and time again, Trump’s greatest chance at winning is voter complacency come election day. Many students here argue that “because neither candidate supports me, why should I support either of them?” This echoes a national trend, with more than a third of young voters just last month saying they were considering voting for either Libertarian Gary Johnson or Green Party nominee Jill Stein.

I am prepared to argue in detail why I believe this claim is untrue and unsubstantiated, with policy and history to back myself up. But that’s not my purpose here; there is a much simpler and more profound issue at hand: Third party candidates have no chance of winning at this point, meaning at most, a third party vote is a vote away from Clinton and thus to Trump. This is definitely true of Occidental. Many third party votes in Republican-leaning states are likely the result of traditional Republicans drawing the limits of their ethical lines and deciding they cannot vote Trump, but cannot bring themselves to vote for HIllary either.

Let’s look at Utah, an unexpected battleground state in this year’s election that usually votes overwhelmingly red. Earlier this week, Fivethirtyeight reported that independent candidate Evan McMullin’s chances of winning have risen to14 percent. In their projected vote share over time, they predict that McMullin will come away with 28.1 percent of the vote, with Hillary clocking 27.1, and Trump, 34.4.

You do the math. If the majority of Utahns usually vote Republican, and in this year they are breaking trend to vote third party, it is safe to assume it is in rejection of their party’s candidate. For Mormons, who comprise 60 percent of Utah voters, Trump’s campaign on religious persecution and anti-immigration directly conflicts with their personal morals and identity politics. Utahns are looking for an alternative. But voting for McMullin is silly; he has no chance of winning the election at large, so ultimately, these disillusioned Republicans will still end up supporting a Trump win in their state. If they really detest the Donald, there is only one sure way of keeping him from the Oval Office: voting for Hillary.

This is not an ideological question — to pretend it is one is incredibly reckless. Even if you believe that Clinton does not have your best interests at heart, which is reasonable, she and Trump do not disregard you equally. At worst, Clinton maintains the status quo while Trump upends our entire democracy — or frankly, any modicum of peace or progress we have achieved until this point. If Clinton is a bandaid over a broken system, Trump is an incinerator waiting eagerly to burn it to a crisp. A vote for a third party candidate is a vote to send the nuclear codes into Trump’s tiny little trigger fingers.

I understand this reality may be difficult, even harrowing, to come to terms with. But we must zoom out and look at the bigger picture.

If we can all accept at this point that a third party candidate will not win the White House this year, when we cast our votes for one of them, it must be under the assumption that the majority of the rest of the country is voting for Hillary, so we’ll still be okay without a single vote. If we are not making this assumption when we vote third party, treating the election as “the cards will fall where they may,” the rest of the world will decide Trump or Clinton, then we have a grave and irresponsible misunderstanding of democracy and the power of the vote. But if we are making the assumption Hillary will win regardless, I must remind you the perils of complacency.

Remember Brexit? This scary populist movement that has given rise to Trump is by no means unique to the United States, and we are fortunate enough — sorry, Brits — to have a parallel to reference and warn us of the disastrous consequences of political complacency in 2016. They too were predicting a comfortable win for the pro-EU side in the weeks before the vote. Their complacency will have — and has already begun to have — irreversible and devastating consequences.

“Both the retail sales and inflation releases suggested that price pressures are on the turn,” leading U.K economist Andrew Goodwin said. “We expect consumer price inflation to accelerate sharply from this point onwards, averaging 2.7 percent in 2017. This will severely squeeze household spending power and cause spending growth to slow sharply.”

These are not ideological repercussions. They are practical economic repercussions that will affect middle-class families most immediately and severely.

The Washington Post, in consultation with tax policy experts, calculated that Clinton’s economic plans will result in a $200 billion increase in the national debt. Trump’s? $5.3 trillion. These numbers will not have comparable consequences for black and brown families.

But there is an even more straight-forward reason not to vote for Jill Stein or Gary Johnson: They are both atrocious candidates in their own right.

The only economic plans worse than Trump’s are those of Johnson and Stein, who quite literally do not remotely understand how our economy works.

Johnson could not name a single foreign leader he respected when prodded by Chris Matthews, reminiscent of the time he did not recognize what “Aleppo” was, or of the time he asked, “Who’s Harriet Tubman?” Oh, he also acknowledged that man-made climate change definitely exists, only to follow it with: We’re too far gone so not much we can do about it at this point.

Stein is a Harvard-trained doctor who doesn’t believe in vaccines and ignores concrete evidence that GMOs pose no risk to human health. Why? Because she is just another power-hungry politician who cares more about her campaign’s branding and endorsing pseudoscience than planning effective policies that will actually do anything. Her plan to write off student loans through quantitative easing? Straight gibberish.

It is worth noting that Stein actually reinforced — confidently, on camera — the built-for-memes 9/11 conspiracy theory that “Bush did 9/11,” as evidenced by the “too high” melting point of steel beams. Really, look it up.

If this isn’t enough to convince you to vote for Hillary, at least make sure you vote, and vote in full. Vote down the entire ballot. Do your homework beforehand — a better job of it than you did when you decided to vote for Stein or Johnson. This election is about more than just you and me.

Wellesley Daniels is a senior Politics major and the Weekly’s editor-in-chief. She can be reached at wdaniels@oxy.edu or on Twitter @wellesleydann.

Idealism aside, you need to vote for Joe Biden

I had the coronavirus, and Instagram had a lot of opinions about it