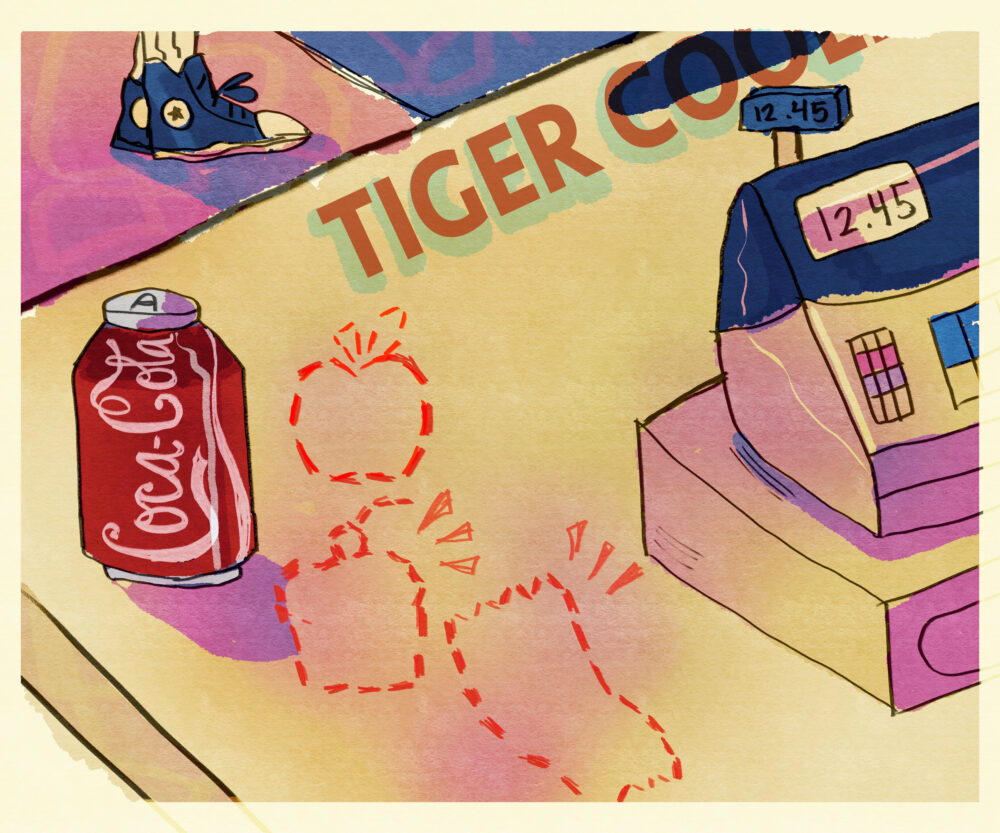 With decreased dining operations to accommodate the few hundred students residing on or near Occidental’s campus, the college’s food suppliers have relied on diversification, layoffs and luck to survive the sudden loss of revenue. The college operates with a “closer is better” philosophy when procuring its suppliers — one of four main considerations according to the 2020 Food Resource Guide — meaning the economic impacts are being felt throughout LA. Among the college’s 50 plus suppliers and distributors, three of them shared their stories.

Tortilleria La California is located in Glassell Park, just a 10-minute drive from Occidental. According to employee Sergio Sanchez, the college contacted them because they are local and  knew about their specialty item — sopes.

Sopes are the most common item Tortilleria La California supplied to the college, Sanchez said, along with the occasional order of tortillas and chips.

Sanchez said he knows of other local businesses that had to close, at least temporarily, but that Tortilleria La California has been fortunate to stay open throughout the pandemic.

“We are in an area where there are a lot of Latinos, tortillas are a staple, it is something that we eat every day so I guess that is what helped us stay open,” Sanchez said.

Operating in a neighborhood that is nearly 60 percent Latino, Sanchez said this fact is a main reason they have been able to sustain relatively good business.

“Our business, I don’t want to say it’s booming, but it’s back to normal,” Sanchez said. “We have good weeks, and other really good weeks that surprise us because of the situation we are in.”

Debbie’s Dinners is a catering company located 15 miles from Occidental, just outside Culver City. It started supplying gluten-free and vegan bakery products in the Tiger Cooler in 2018. According to the owner Debbie Gambino, wholesale has been a big part of her business in recent years. She estimated Occidental made up about 10 percent of her wholesale business.

“When it [campus business] was gone it was definitely missed,” Gambino said. “We look forward to having our campuses back and putting everyone back to work.”

Gambino said Loyola Marymount University and UCLA also ordered from Debbie’s Dinners, although none of the colleges she services have been ordering recently due to the pandemic.

According to Gambino, the relationship with Occidental started after the previous supplier referred the college to Debbie’s Dinners because they had what the Cooler wanted: gluten-free and vegan products.

“Growing a business, a lot of it has to do with networking,” Gambino said. “The more people you know the more the word gets out.”

Gambino said her business provided cupcakes, scones, Ding Dongs, Pop-Tarts, muffins and coffee cakes to the Cooler until the pandemic hit. She credits her business’ continuation to the many services they can offer.

“Debbie’s Dinners is a diverse company. We do events, we do corporate drop-offs, we do production, we do decor and we have a wholesale business. So because we were diverse we were able to survive. There were large event companies that went bankrupt because they weren’t diverse,” Gambino said.

J.S. Ubardelli Produce is a produce distributor located in Arcadia, 12 miles from Eagle Rock. According to owner Christian Shoemaker, Occidental is currently the company’s biggest customer. He said he supplies the college melons and leafy greens, among other produce. The business has worked with the college since 1989, and Shoemaker said he recently took over the company from his grandfather.

With decreased food demand on campus, Shoemaker said he has had to adapt to everything being slow.

“Last week I had to get rid of the roma tomatoes I was going to get from a supplier because they were mushy,” Shoemaker said. “Right now it is much easier to catch things like that because there are much smaller quantities.”

“For instance, if Occidental — again, our biggest client — if they placed an order on Monday and then one of our small restaurants placed an order on Tuesday, we would have to send out the truck for just one order and the cost of sending out a car [separately] just wouldn’t make financial sense at that point,” Shoemaker said.

Shoemaker said working alone has given him lots of flexibility.

“Ultimately there is no real deadline or anyone looking over your shoulder, it’s kind of very self-driven and you just have to manage yourself and manage your time. I love the flexibility,” Shoemaker said.

Occidental has not terminated its relationship with any of the suppliers and distributors prior to the pandemic, according to associate director of Campus Dining Robert Starec. By reducing the quantity of each order and catering the products to the demands of the few remaining students on and near campus, Starec said the dining service aims for efficiency but looks forward to resuming normal business with all the vendors.

“We’re waiting for things to get back to some semblance of normalcy so that we can resume ordering products from those companies,” Starec said.