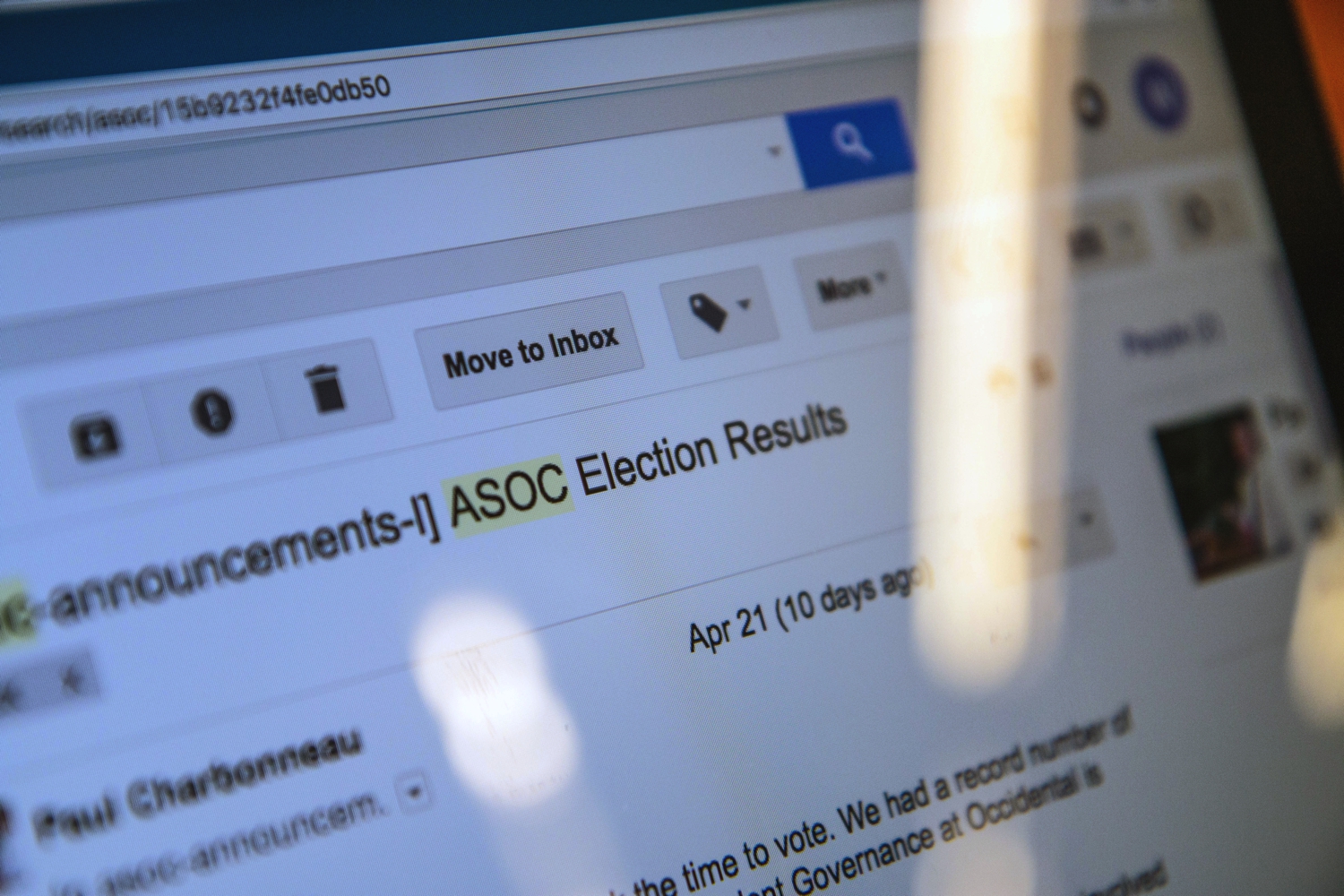 Voter turnout and number of candidates running for open positions increased during this election compared to previous years. More than 550 students voted in this election, which opened April 19 and closed April 21, compared to voter turnouts of around 300 in recent elections, current ASOC president Paul Charbonneau (sophomore) said. This spring, 15 students ran for 16 open positions. Four races ran contested. In Spring 2016, by comparison, 14 students ran for 19 open positions and no races were contested, according to Himmelstein.

Other newly elected representatives include rising senior Ricardo Parada and rising juniors Marianna Babboni and EvaMarie David, who were elected as class senators. Arianna Sue (junior) was elected as an Honor Board juror while Eric Malmquist (sophomore) was elected to the new student wellness officer position.

Next fall, the remaining open positions of one senior senator, two sophomore senators and four jurors will be up for election.

Sue, Honor Board juror, credited the high voter turnout to the candidates’ diligent campaigning, during which they took every opportunity to share their platforms with students. A Politics major returning from campaign semester, Sue was excited to see more students engaged in the election process.

First-year senator Fernandes felt that greater student involvement in elections could be due to Senate regaining students’ trust by improving communication and increasing transparency after events such as the impeachment of former ASOC president Chris Weeks ’16 in April 2015.

“People became more aware of Senate and aware of the positive impact it can have just from certain things we did over the year,” Fernandes said.

Solomon said he ran for president to continue the current Senate’s effort to make student body government more visible and active on campus. Both Solomon and Fernandes said they want to expand Senate’s role on campus and continue serving the student body through Senate. Solomon also wants to strengthen communication between the government branches — Senate, Honor Board, Sustainability Fund and the Diversity and Equity Board (DEB).

The VP of academic affairs, Tsui values transparency between students and faculty. She wants to give students more information about academic and administrative policies.

The new student wellness officer position, held by Malmquist, a trial post which in the future could become a VP position, will serve as a liaison between students and staff in REHS, the Emmons Wellness Center and the Office of Religious and Spiritual Life (ORSL).

Fernandes said he ran for VP of internal affairs partially because he was excited to work with the student wellness officer.

“The way that the formal was put together this year is an example of how senators, DEB and other constituent groups on campus can come together to turn great ideas into a reality,” Parada said via email.

The Senate office hours program, which began last fall, will continue next year. Solomon wants to better advertise office hours as an opportunity for students to talk to Senate members one-on-one. He has plans to co-sponsor more club events.

Solomon was glad more students participated in the elections and hopes this engagement in student government will continue under his leadership.

“I’m hoping that is a sign that we’re starting to connect with the student body,” Solomon said. “I want to keep that going and build on that.”