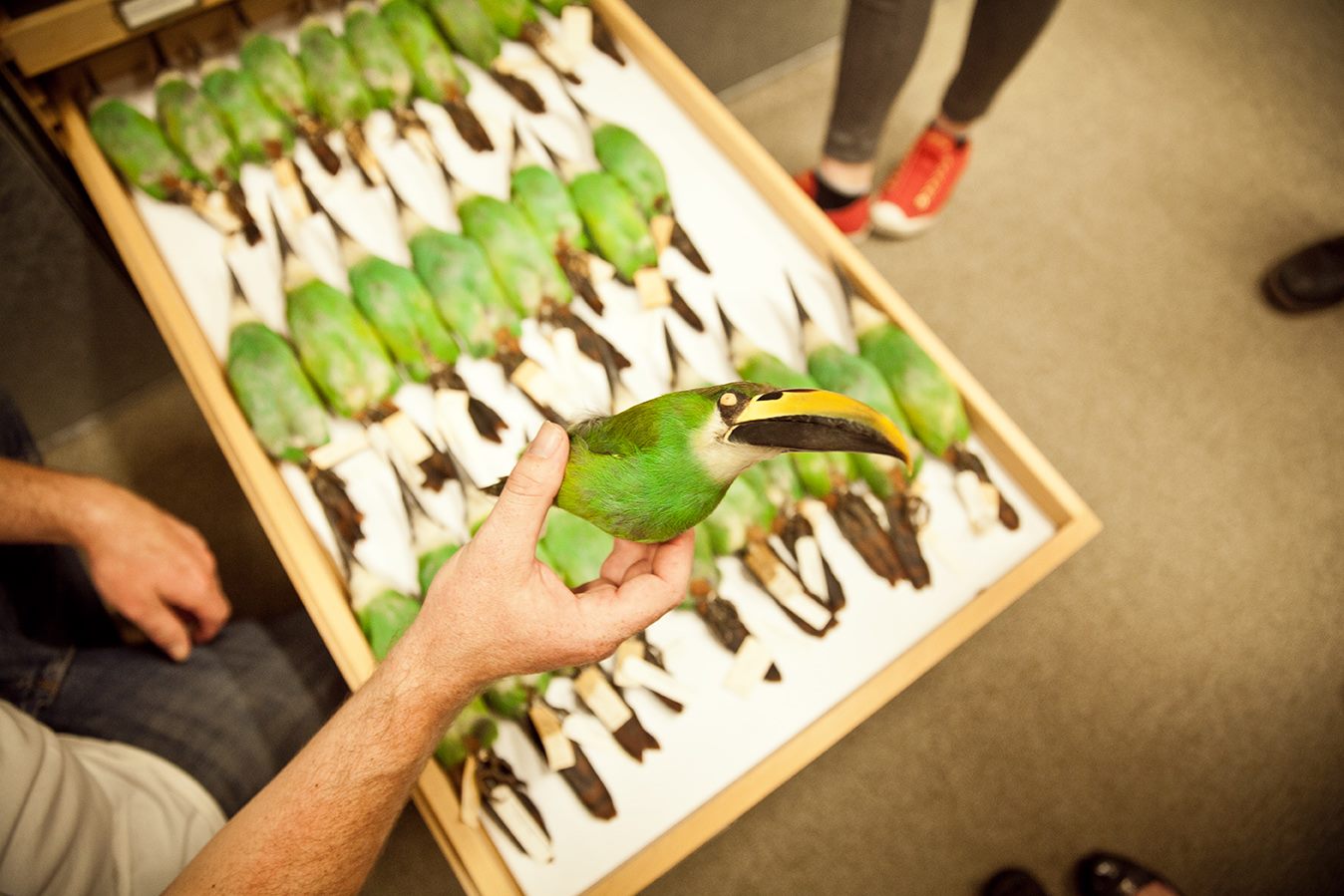 This month, Occidental’s Moore Lab of Zoology received an $800,000 grant from the National Science Foundation (NSF) to fund research on the effect of human disturbance on bird distribution and genetic expression. The Moore Lab is home to the world’s largest collection of Mexican birds with over 65,000 total specimens, 45,000 of which are from Mexico. Although the lab received NSF funding in the past, it has never been on such a large scale, according to Moore Lab Director Professor John McCormack.

“With this grant, the Moore Lab is moving toward the college’s initiative in environmental science and using our collection to answer questions about recent global change,” McCormack said.

Occidental received the bulk of its bird collection from Robert T. Moore, a Pasadena businessman with an affinity for ornithology, according to McCormack. With the help of his assistant, Chester Lamb, Moore collected specimens between 1933 and 1955 and began donating them to the college in 1950. In the years since his death in 1958, new genomic sequencing techniques have allowed scientists to access the genes of birds that died decades ago. This is the foundation for McCormack’s NSF-funded project, he said.

“We will be working more with citizen scientists to collect data on where birds are now, so we can compare them to where Chester Lamb collected them in the 1930s through 1950s,” McCormack said. “We’ve also never incorporated the genetics of the old bird specimens into a major project, so that will be new and exciting.”

During the NSF grant application process, Collections Manager James Maley worked to find out where every bird in the project was collected so that the researchers could map out important sites to revisit in Mexico. With the funding, Moore Lab scientists can now increase their visits to these sites in order to monitor the current status of bird populations and see if there is a correlation with genomic changes over time.

“Most of our specimens were collected before 1950,” Lab Manager Whitney Tsai ’11, who is responsible for the bulk of the genomics work conducted in the lab, said. “So being able to track how species distributions and genes are changing over time is important to understanding the species as a whole.”

Student researcher Devon DeRaad (senior) has worked in the Moore Lab for nearly three years. He will be traveling with McCormack, Maley and Tsai to the Baja peninsula this summer to survey contemporary bird distribution and compare the findings to population health in the early 20th century. DeRaad said working in the lab as a student amplified his interest in biology.

“I was interested in birds when I joined the lab,” DeRaad said. “But for me to be able to show up and say ‘Hey, I’m kind of interested in birds’ and have them go, ‘Here’s this awesome project you can work on, all the specimens are here, all the data you could need is here, go do awesome science.’ It’s such a resource.”

Other than the NSF work, the lab is also working on a project looking at Los Angeles’ parrots. Initially brought in from Mexico in the 1970s, the Mexican population of parrots is now endangered. Researchers are curious to see if LA’s variety is hybridizing, which could have important implications if LA’s birds are ever needed as a replacement population to aid the survival of the Mexican species. According to McCormack, anyone on campus can pitch in with the project.

“If you see a dead bird, and it’s not too gross, give us a holler,” McCormack said. “Especially if it’s a parrot.”