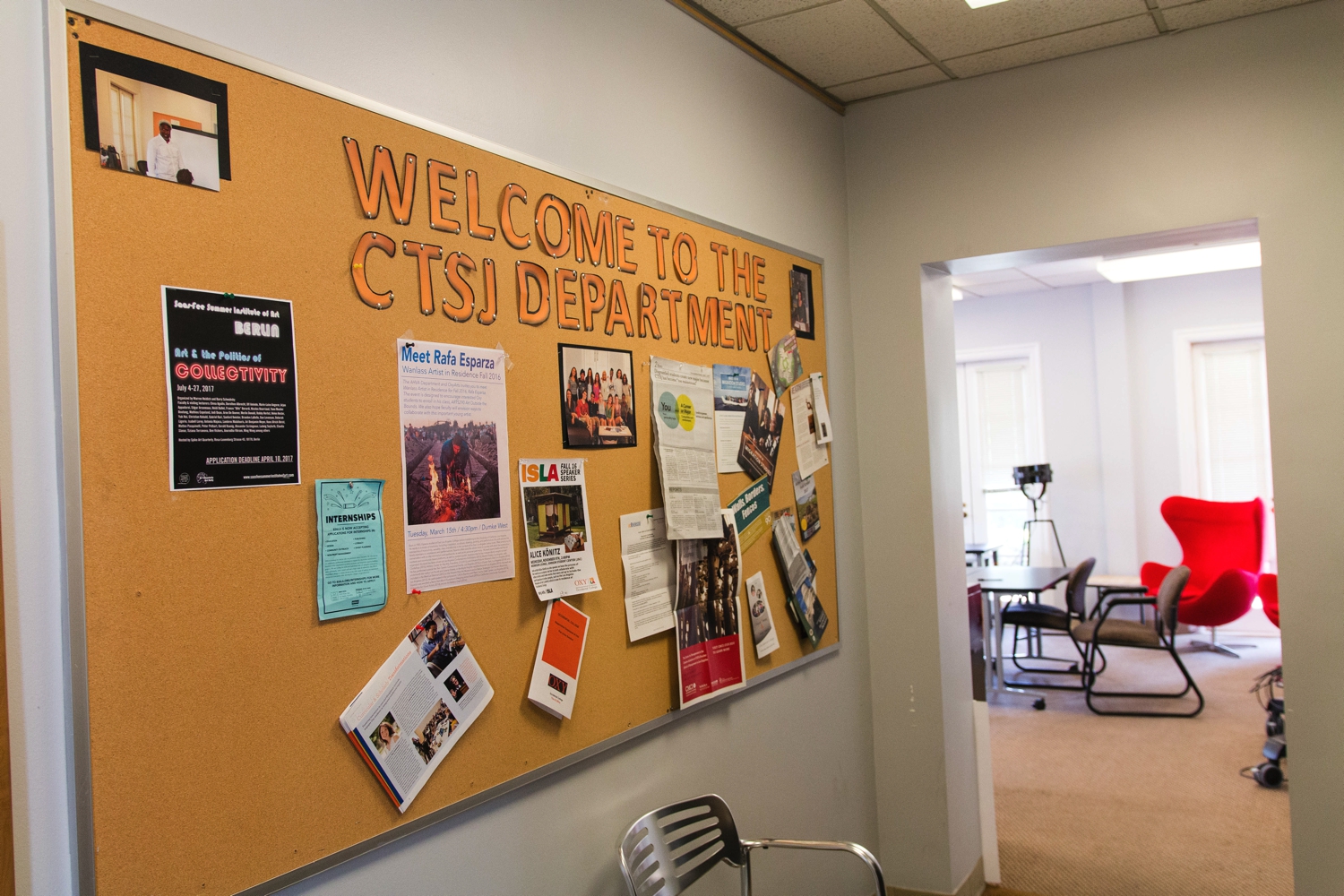 Next fall, the Critical Theory and Social Justice (CTSJ) department will offer courses from four new adjunct and visiting faculty: Joseph Hankins, Andrea Rodriguez-Minkoff, Viviana MacManus and Lizbet Simmons. Marisol Leon will join the department in the spring. The announcement follows the departure of Professor Donna Maeda to an administrative position at Macalester College next year and Professor Heather Lukes to their sabbatical, leaving just two tenure-track faculty members in the department.

Joseph Hankins, a visiting professor from the University of California, San Diego, will teach two courses on ethnography and critical theories of sexuality. Visiting from the University of Maryland, Viviana MacManus specializes in human rights and gender studies and will teach “Culture, Resistance, and the Politics of Human Rights,” “Race, Gender, Class and the Media and Methodologies of Gender” and “Women’s Studies.”

Andrea Rodriguez-Minkoff is currently teaching at Occidental for the 2016–17 academic year. She focuses on identity development and intersectionalities relating to students and teachers in early childhood settings and will be teaching “Immigration and Education” in the fall. Lizbet Simmons, author of the recently published book entitled “The Prison School,” is a specialist in critical ethnography and institutions of power and will teach “Topics in Critical Theory and Social Justice. Radical Critiques of Incarceration.”

In Spring 2018, Marisol Leon will teach CTSJ 250 “Resistance Movements and the Law.” Leon currently practices as a civil rights attorney employed by the California Department of Justice investigating fraud violations committed against immigrant communities. Prior to the 2016 Senate election, Leon worked under Kamala Harris, who was California’s attorney general at the time.

“In the selection process [for CTSJ faculty], there’s a question of which departments do you even look at?” CTSJ major Adrienne Adams (senior) said regarding the specificity of the CTSJ major to Occidental. “So CTSJ typically tends to look at departments with similar course offerings or philosophies, including Ethnic Studies, Women and Gender Studies, Performance Studies and sometimes American Studies folks.”

According to CTSJ Chair Mary Christianakis, faculty members have submitted three separate proposals to administration to grow the department within the past seven years. The college denied each request for tenure-track positions.

“The refusal to support CTSJ with tenure-track lines has normalized the small size of the department,” Christianakis said. “The department views this as a lack of commitment to critical theory and social justice and a dismissal of the scholarship on intersectionalities.”

According to Interim Vice President for Academic Affairs Kerry Thompson, the Academic Planning Committee (APC) considers all requests and makes recommendations on faculty hiring decisions, taking into consideration departmental and curricular needs, expected retirements and faculty-student ratios in individual departments. Occidental has 33 academic departments and programs, almost all of which are seeking to expand their numbers in any given year.

“In a typical year, Oxy conducts five to seven tenure-track faculty searches,” Thompson said via email. “This number is constrained not only by budget considerations but by the resources required to manage the intensive search and review process.”

CTSJ will not be able to hire another tenure-track position for at least a year, since the college is affording dispensation to Maeda while she transitions to her new position, according to Christianakis. As department head, Christianakis began the search for the adjunct faculty who could replace Maeda and Lukes in January and December at the local level. She hopes that the gap left behind by Maeda in law, empire studies and human rights will be filled by Leon, and that Hankus and MacManus can teach courses intersecting with gender and sexuality studies, Lukes’ specialties.

Adams believes continued investment in the department is important.

“One thing about CTSJ is its emphasis on questions, rather than answers,” Adams said. “It’s helped me to see what it means to be at the cutting edge of academia, to always be pushing at the bounds of ‘interdisciplinary.'”