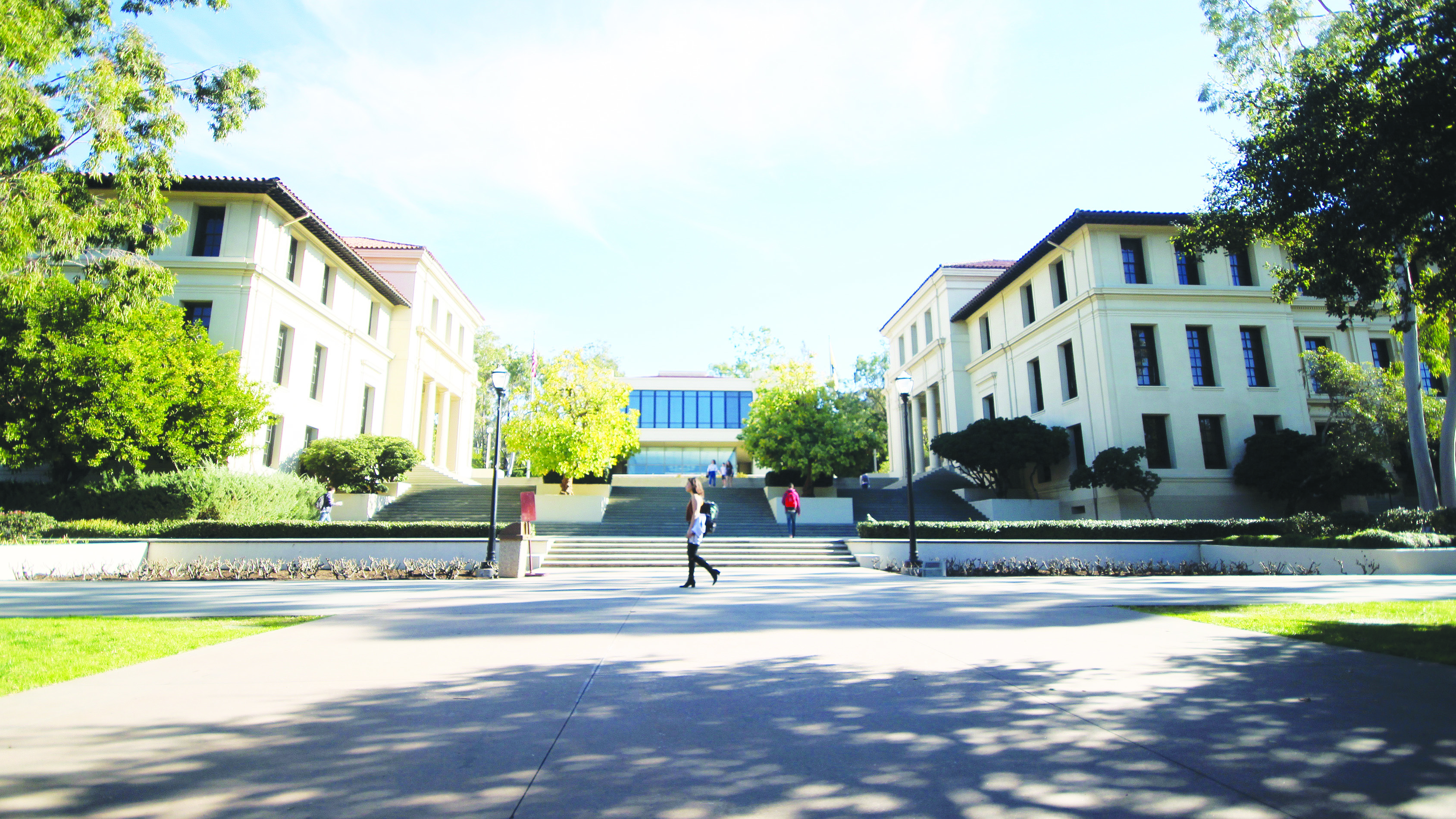 Within the past three months, university campuses have responded to Donald Trump’s immigration agenda with a new form of civil disobedience: sanctuary campuses. President Jonathan Veitch officially declared Occidental College a sanctuary campus via email Jan. 25. He explained that the college will reject immigration policy that targets undocumented students and refuse to voluntarily cooperate with federal immigration authorities.

Sanctuary campuses aim to avoid discrimination based on immigration status, protect individual privacy and prevent unlawful harassment or detainment. Since immigration-related sanctuary campuses are legally unprecedented in American history, each college tailors the idea to its own community, which Occidental’s leaders have explicitly emphasized. As Chief Diversity Officer (CDO) Rhonda Brown explained, a sanctuary campus can be as imprecise as it is powerful because it is open to broad interpretation.

Following Donald Trump’s 2016 election, the administrative senior staff and the faculty council organized a meeting Nov. 11 to discuss how to best protect the community and compile resources. The Board of Trustees unanimously approved the final statement released by the President’s Office Jan. 23. Occidental will also host a symposium March 10 on behalf of the Association of Independent California Colleges and Universities (AICCU) to discuss strategies and action in higher education regarding federal immigration policy.

Occidental faculty were equally undivided in becoming a sanctuary campus. According to Faculty Council President Anthony Chase, the council is currently crafting their own resolution in response to Trump’s agenda that will denounce any policies that contradict Occidental’s values.

“The challenge moving forward will be to constitute that sanctuary campus frame with specific actions that will give it tangible meaning,” Chase said. “The real work will be in moving past [a resolution] toward resistance in specific domains, and doing so in collaboration with everyone from students to Trustees.”

Campus Safety Chief Victor Clay said he is satisfied with the college’s statements thus far and confirmed that Campus Safety will lawfully refuse to cooperate with Immigrations and Customs Enforcement (ICE) officials.

“They couldn’t force us to [cooperate with federal immigration] because we’re not government employees, we’re not sworn law enforcement,” Clay said. “We could literally lock our doors and say, ‘Nope, not helping you.’ And that will probably happen.”

No federal agency has commented on the legality of sanctuary campuses yet, and a 2011 memorandum from within the ICE department prohibits its officials from conducting arrests, searches and surveillance in schools.

Campus Safety can lawfully reject federal deportation officials, but the Trump administration could coerce sanctuary campuses by withholding federal funds. The House of Representatives has already proposed two such bills, the No Funding for Sanctuary Campuses Act and the broader Federal Immigration Law Compliance Act, both of which were referred to sub-committees in December and which require re-introduction to the current Congress. Director of Financial Aid Gina Becerril expressed serious concern over either bill reaching Occidental.

“We’re completely reliant on these federal funds,” Becerril said. “I want to call Occidental a sanctuary campus because it’s the right thing to do, but I’m also on the other side, thinking about how bad it would be for the college to lose our federal funding.”

Over 75 percent of students receive some form of financial aid from the college. Without federal dollars, the school would lose Pell grants, Cal grants, Perkins loans, FSEOG grants, subsidized and unsubsidized student loans, PLUS loans and the federal work-study program. According to Becerril, the school would not be able to compensate for the loss of those federal funds.

Becerril added that the Financial Aid department has no more information than what the federal government has already acquired via the Free Application for Federal Student Aid (FAFSA), which is significant because the FAFSA requires the social security number (SSN) of the applicant and their parents.

The only students who receive federal aid separate from the FAFSA are under the Deferred Action for Childhood Arrivals (DACA) program, which temporarily protects undocumented immigrants who came to the U.S. as minors. DACA currently protects roughly 700,000 students from deportation, but many anticipate Trump will repeal or discontinue the program. On behalf of Occidental College, the Associated Students of Occidental (ASOC) President Paul Charbonneau joined dozens of undergraduate college presidents Jan. 27 when he added his signature to a letter addressed to President Trump that urges him to continue DACA.

“It was a no-brainer. I have no idea how many DACA people are here, or how many people are affected by DACA,” Charbonneau said. “But we’re going to do everything we can to support our community and the students who go here.”

Given the federal government’s potential leverage over sanctuary campuses, some senior staff members — such as Brown — believe that the school can resist federal law without being conspicuous.

“At the end of the day, what is it we’re trying to do? We’re trying to educate our students and protect them the best way that we can,” Brown said. “I feel that to do that, we’re better quiet.”

Marty Sharkey, associate vice president of communications, echoed the importance of focusing inward, prioritizing the needs of the Occidental community.

He also explained the difficulty of predicting the Trump administration’s decisions. Although community members might want an ‘if-then’ structure of support, every ‘if-then’ scenario has context and there are countless possibilities, which is why the President’s Office has emphasized a foundational principle of protecting students and opposing discrimination, Sharkey said.

Sharkey highlighted the upcoming AICCU Regional Immigration Symposium as a great opportunity to discuss strategies and resources to confront federal immigration law. AICCU’s 78 member campuses and 80-plus immigration nonprofits have all been invited. In addition to students, faculty and administrators, the symposium aims to bring together law enforcement officers, legal experts, immigration activists and community organizers.

“Occidental is just one 2,000-student liberal arts college. You have a lot of colleges that are thinking these same questions,” Sharkey said. “So if you really want to think about the best courses of action to take, it really makes sense to leverage the collective wisdom of others that are out there thinking of these same issues.”

An interactive map of current sanctuary campuses can be found here.

The full list of post-election resources, on- and off- campus, can be found here.