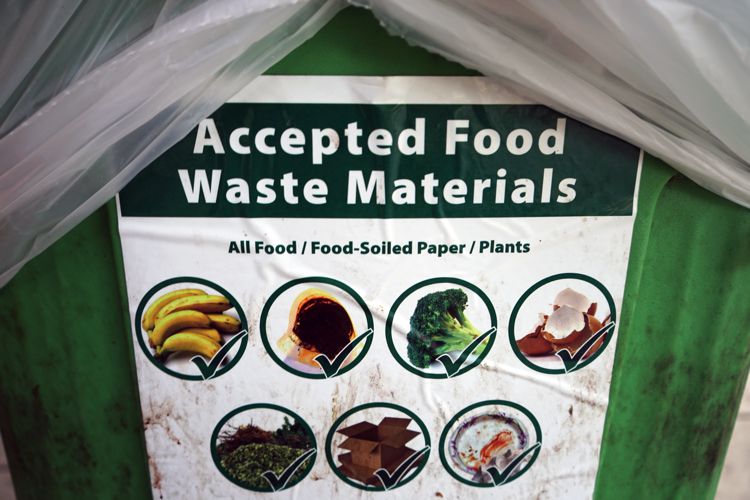 This October, students who use Bell Young (BY)’s back pathway or who feel unsure of where to compost their Green Bean cups witnessed two major sustainability initiatives targeting these issues: a new solar light pathway and the Green Bean’s Compost Pilot Project.

Facilities, in collaboration with Sustainability Coordinator Jenny Low and the Green Bean, added two new compost bins for Green Bean cups Oct. 24 in the Academic Commons and the Johnson Student Center (JSC). Facilities also worked with the Engineering Club to install solar paneled lights along BY’s back pathway Oct. 18 in order to address students’ safety concerns in a sustainable way.

The Green Bean’s compost initiative was prompted by a mini waste audit last semester in both the JSC and the Academic Commons, which revealed that many students discarded their compostable Green Bean cups either in the trash or the recycling bin. Low teamed up with the Green Bean’s Health, Safety and Sustainability Manager Laura Koeller ‘16 to create a project that would strategically target these locations with compost bins. Koeller’s successor, Huijing Huang (junior), has taken over the project.

Huang expects the project to be successful since the demands for compost bins initially came from students, but stressed that the project could be compromised if students throw trash and recycling in the bins. If the pilot initiative is successful and students do not contaminate the bins, Low and her team will scale up the scope of the project so that students can compost other items besides Green Bean cups. After the first week, the bins had not been contaminated, a promising sign for the future of the initiative.

Alongside the Compost Pilot Project, the Facilities department installed solar paneled lights along the pathway behind BY Oct. 18. Engineering Club spearheaded the project — funded by several different resources on campus including the Associated Students of Occidental College (ASOC) and the Roundtable on Energy and Sustainability Fund (RESF), a branch of the ASOC — in reflection of the college’s 2015 theme of sustainability.

According to a presentation given by Engineering Club at an ASOC funding meeting last spring, students expressed several concerns about their safety.

This year, campus sustainability initiatives are targeted at students who may not already be involved in sustainability action, according to RESF President Linnea Propp-Pearson (senior). RESF hopes to use its semester budget of $20,560 to fund projects that benefit the whole student body, particularly since its budget is made possible by student body fees.