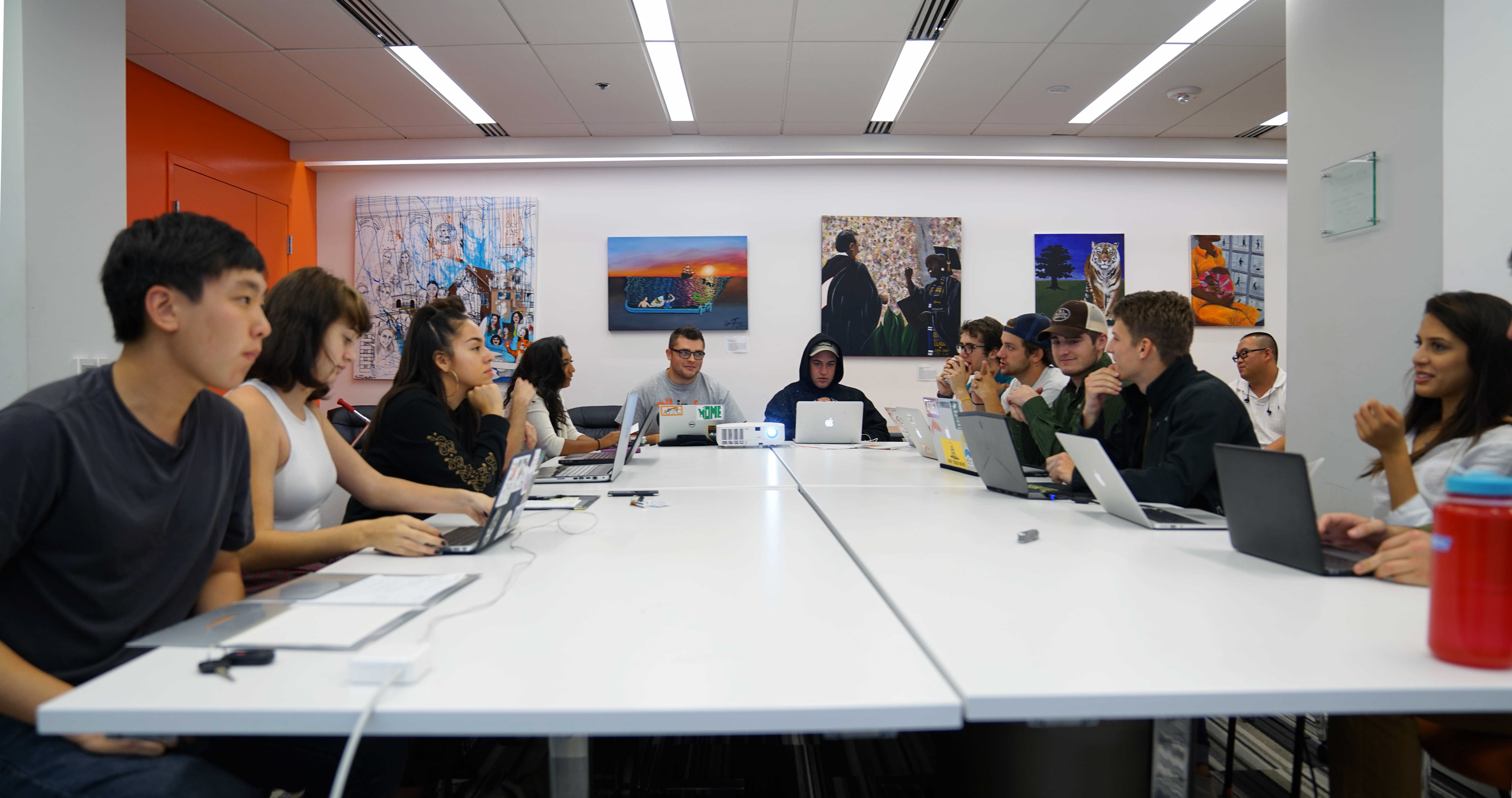 From daily voter registration campaigns outside the Marketplace to the crowd that filled up Choi Auditorium to watch Hillary Clinton and Donald Trump go head-to-head for the first debate Sept. 26, Occidental student interest in the national presidential election is unquestionable. Yet the student body’s political fervor did not translate to the two most recent Associated Students of Occidental College (ASOC) Senate and Honor Board elections April 25 and Sept. 23, in which a cumulative 14 seats went unopposed. Multiple seats were left completely vacant.

“The positions are usually not hotly contested,” Tamara Himmelstein, director of student life and advisor to ASOC Senate, said. “What was noticeable for the Fall 2016 elections this year was that we had more vacancies [to fill] than we’ve had in a long time.”

Ordinarily, the student body only votes for first-year senators in ASOC’s fall elections. This year, however, the student body voted for seats left entirely unfilled after the Spring 2016 elections, including vice president for academic affairs and both sophomore class senators. The vice president for sustainability position was never filled, and was thus eliminated, according to Himmelstein.

Senate’s Fall 2016 elections did see an uptick in participation compared to those last April, with all positions but one contested. Eight students ran for two first-year class senator positions in what was the most popular bid on the ballot.

“For our fall elections, the amount of students we had run for Senate positions was high relative to recent past elections,” ASOC President Paul Charbonneau (sophomore) said.

Senate, the primary legislative body on campus, and Honor Board, responsible for constitutional affairs, are two of the branches of student government; the Sustainability Fund and the Diversity and Equity Board (DEB) comprise the other two. The combined budget over which all four branches preside totals $700,000.

The presidential position requires applicants to have previously served on one of the four branches of government. Charbonneau ran unopposed.

Himmelstein believes one reason student interest in senate positions is low could be that Occidental students are often overwhelmed with multiple commitments and do not want to take on the responsibility of a role in Senate. Additionally, because Senate handles all funding requests, senators may be forced to contend with awkward situations that Occidental’s small size inevitably provokes.

“If you vote ‘no’ on someone’s funding request, you may have class with them tomorrow,” Himmelstein said. “And they look at you the next day and go, ‘Why didn’t you vote for that?’ You’ve got to have thick skin to be on Senate, especially when it comes to money. It gets real personal real fast.”

The tumultuous history between Senate and Honor Board could be another factor. Two years ago, ASOC Senate passed a bill to raise student body fees in order to create a budget for the newly established DEB. After Honor Board repeatedly vetoed the application for fee increases, tensions escalated between senators and jurors. In April 2015, ASOC Senate voted to impeach President Chris Weeks due to displeasure with his leadership. The explosive decision divided students both on campus and over social media.

“The period of tension took a psychic and academic toll on me,” Adrienne Adams (senior), who served as sophomore class senator during the 2014–2015 school year, said. “I think the current upper divisions invested in on-campus organizing efforts saw what we went through to pass DEB and realized that student government may not be a place where they would like to facilitate change.”

Rick Pfleeger (junior), who served as sophomore class senator the year after Weeks’ impeachment, felt the ramifications of the Senate and Honor Board tension.

“There was a lot going on in Senate last year that was influenced by the Chris Weeks impeachment the year prior,” Pfleeger said. “You could tell that people outside of Senate didn’t like certain senators, or assumed that certain senators were against them. In reality, the senators there last year really just wanted to do their work and get their jobs done and do them well.”

Due to a constitutional change, Honor Board no longer has the authority to vote on student fee increases; instead, they will be passed on to a student body vote. Ryan Henderson (junior), a newly elected Honor Board juror, sees his position as a potential agent of change.

“[Honor Board is] an intriguing component of student government because it gives students an opportunity to work with the school’s administration to facilitate equality and honor,” Henderson said. “In light of the protests the last two semesters, I thought taking a position on Honor Board would be an excellent way to further my understanding of interactions amongst members of the Oxy community.”

As president of this year’s Senate, Charbonneau said his goal is to stress community and credibility in order to build trust as the student body’s voice.

“With a Senate this year that features me as the only full-year returner, I hope any people that dwell on the past impeachment and turmoil take a step back and realize that this year is truly a fresh start for student government,” Charbonneau said.