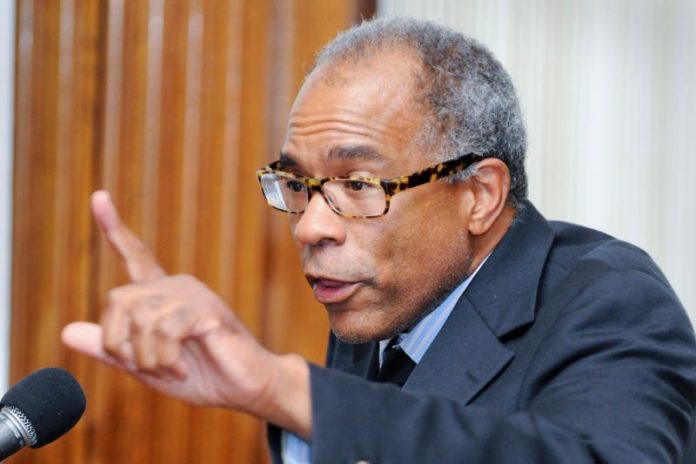 Director of Communications Jim Tranquada announced via a campuswide email April 14 that Randall Kennedy, the Michael R. Klein Professor of Law at Harvard Law School, will be this year’s commencement speaker. The decision has drawn criticism from students, faculty and clubs on campus.

According to Tranquada’s email, Kennedy is an expert on the intersection of race and law and the author of several books on the subject, including “For Discrimination: Race, Affirmative Action, and the Law,” “The Persistence of the Color Line: Racial Politics and the Obama Presidency” and “Sellout: The Politics of Racial Betrayal.” At Harvard Law School, he teaches classes on contracts, criminal law and the regulation of race relations, according to the school’s website.

Kennedy earned his law degree from Yale Law School following a two-year stint as a Rhodes Scholar at the University of Oxford. Prior to joining Harvard’s faculty, he served as a law clerk for Judge J. Skelly Wright of the United States Court of Appeals and later Associate Justice Thurgood Marshall of the United States Supreme Court.

According to Tranquada, the president is in charge of picking the commencement speaker each year. President Jonathan Veitch thought Kennedy’s selection was fitting, following the activism on campus this year.

“We sought someone who could engage the important issues raised by student protesters last fall around issues of race and inclusion both on this campus and on campuses across the country,” Veitch said in a campuswide email yesterday. “Randall Kennedy was chosen because he is a thoughtful and nuanced commentator on race in America.”

Kennedy said he is looking forward to be speaking at Occidental’s commencement.

“Graduation is a sacred ceremony on the college calendar,” Kennedy said via email. “I am honored to take part in it.”

His speech will focus on some of the issues brought to light by protesters on college campuses, particularly controversies about the “memorialization and dememorialization” of historical figures.

Several members of Occidental’s campus community criticized the decision, citing recent articles — such as a New York Times op-ed in which Kennedy comments that student reformers might “[nurture] an inflated sense of victimization” and a letter he co-signed in defense of a Harvard Law student accused of rape — as evidence of why Kennedy is inappropriate as commencement speaker.

Soraya Sebghati (senior) considers the choice of Kennedy for the commencement keynote to be poorly timed, given the student demonstrations this academic year around issues of racial diversity and equity — including last semester’s weeklong occupation of the Arthur G. Coons Administrative Center and events held by both Oxy United for Black Liberation and Coalition at Oxy for Diversity and Equity since then.

“This feels like a slap in the face to a lot of us … I personally am not pleased with his critiques and outright disregard for student activism,” Sebghati said via email. “He asserts that students of color have an ‘inflated sense of victimization,’ and I wholeheartedly disagree. I’m curious to see what he says and if we’ve possibly changed his mind about student activism, but I honestly don’t have high hopes.”

“I am all for free speech, even from faculty who work to silence marginalized students, but Oxy’s choice of Kennedy is a slap in the face of student activists who have worked tirelessly on these issues the past few years,” Heldman wrote.

Members of Project S.A.F.E. emailed the campus April 22 inviting people to reach out to their office for support, resources or space to process concerns regarding the speaker.

Kennedy declined to respond to criticism of his comments.

Veitch stood by his decision to make Kennedy commencement speaker. While he acknowledged the pain caused by issues of race and sexual assault on campus, he also stressed the importance of promoting free and open dialogue, both at Occidental and in society at large.

“The calls to withdraw the invitation extended to Professor Kennedy reflect a disturbing trend in our national life and on college campuses — which President Obama himself has commented on — in which we are no longer willing to engage with ideas with which we disagree,” Veitch said in his email. “To reconsider would send the wrong message to our students as they go out into the world and take up their role as public citizens.”