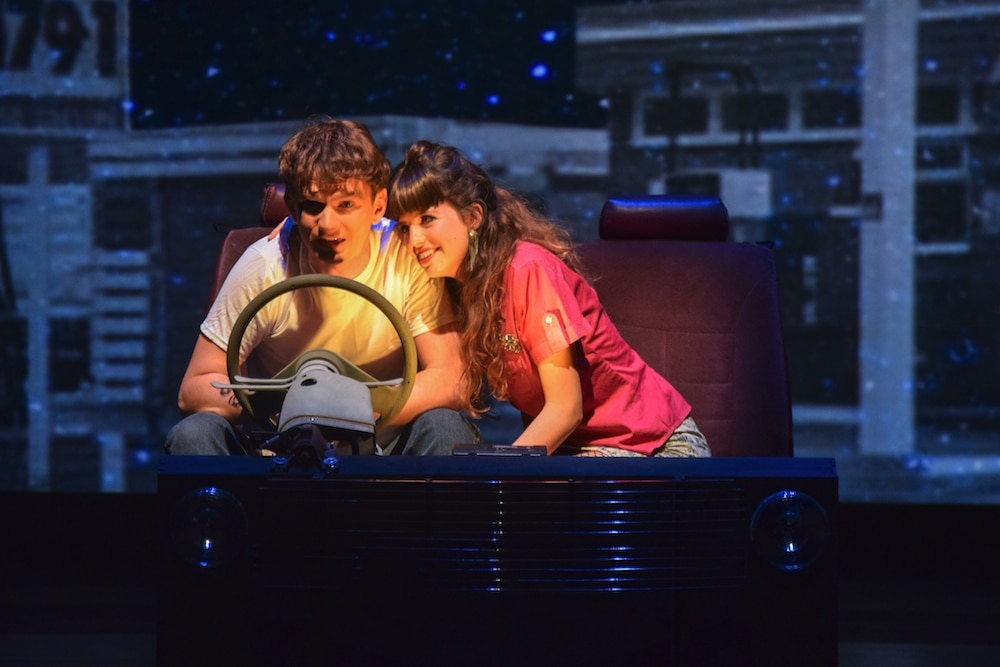 Occidental’s theater department ran its production of Simon Stephens’ “Country Music” in Keck Theater from Nov. 30 to Dec. 3. John Bouchard, department chair and professor of theater, directed the play. The production follows the life of Jamie Carris — played by Chris Wilbur (first year) — before, during and after Carris spends time in prison for murder. The play also explores the impact his imprisonment has on his relationships. According to the program, teaching playwriting to prisoners at Wandsworth and Grendon prisons in England inspired Stephens to write the play; through this experience, he noticed that the prisoners’ lives were defined by their criminal past, not their future potential.

Bouchard wove country music throughout the production by playing music from artists such as Keith Urban and Lee Ann Womack before the production and overlaid in short videos shown during scene changes. According to Bouchard, Stephens wanted the themes of American country music to be infused in the play due to the typical storyline that country songs often follow — mistakes followed by seeking redemption — even though “Country Music” is set in England.

“It’s not only the themes of country music. For [Stephens], the sounds, the rhythms, the architecture of country music, the simplicity of the form and the way that good country music in a very short period of time tells stories,” Bouchard said.

In each of the play’s four scenes, only two characters are on stage at the same time, which Khali said allows the actors to hyperfocus on specific elements of their characters and delve into their motivations.

“There’s not necessarily this obvious strict goal and motivation like there is with some characters, which I think is very realistic. People in real life don’t always know what they want and what they want changes,” Khali said.

According to Wilbur, developing his character’s walk helped him get into the character’s mindset.

“The walk is the result of the attitude that the character has and if you get into that mindset, then it will result in a completely different way of moving around and carrying yourself,” Wilbur said.

Olivia Addington (first year), who attended the play, said that she enjoyed following Carris’ story at different stages in his life.

“I like how [“Country Music”] told a story in a series of moments, but you really got a picture of their whole lives, [even though] it was really just four scenes,” Addington said.

According to attendee Ima Odong (first year), the themes of “Country Music” resonated in the simplicity of the structure and the interactions between characters.

“I think [the production] was good at capturing the really simple and the mundane and expanding it in a way that you feel every pause and every moment is significant. It just makes all the simple things seem important,” Odong said.

While the stage was reset from one scene to another, video compilations overlaid with country music connected the audience to the titular aspect of the play. Bouchard said that he found the videos to be valuable to show where the previous scene ended and what the next scene will explore thematically.

From an actor’s perspective, Khali found blending theater and film to be a unique combination of the two performance mediums.

The next Mainstage production will be William Shakespeare’s “The Winter’s Tale” opening April 13 and guest directed by Patricia McGregor.