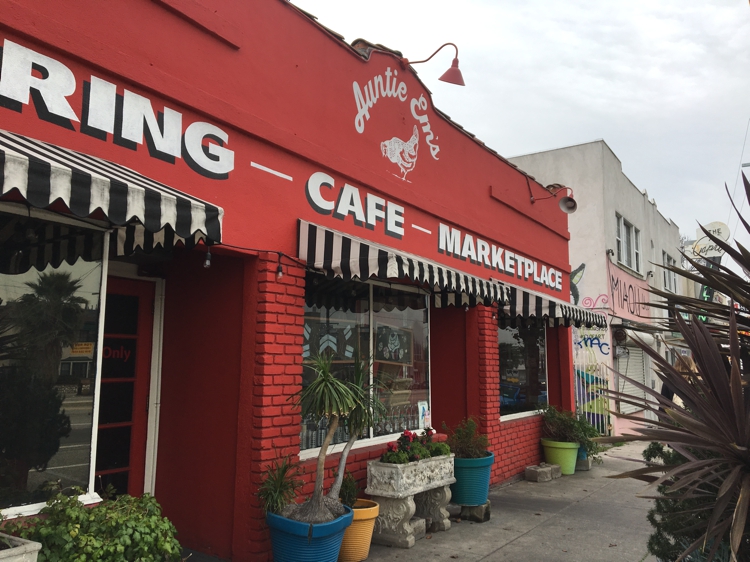 The former Eagle Rock restaurant is the second storefront location the owners have closed. In 2015, Wahl debuted a downtown restaurant, Auntie Em’s Kitchenette, but the location was only open for one year. Larimore elaborated that the Kitchenette’s closing was a not a sign of failure, but rather, the end of a fun side project. Auntie Em’s Kitchen in Eagle Rock ran for 14 successful years, yet catering was always the main focus for the company.

Varty Yahjian (sophomore) does not believe any existing café can replace Auntie Em’s. She preferred its homey atmosphere over what she describes as the minimalist style of most other cafes in the Eagle Rock area.

“It was truly a very warm environment, it’s really a loss,” Yahjian said. “Not only because [Auntie Em’s] had great food and great desserts, but we’re losing a space I’m not really seeing being replicated in other cafes. It was a staple of Eagle Rock Boulevard.”

“One of the reasons people go to Colorado and York is because you can walk two blocks and you’ve seen all kind of restaurants and stores,” Thiel said. “I’d like to see Eagle Rock Boulevard build up more retail places, as in restaurants, clothes shops, stuff like that, so that more people will walk here.”

Auntie Em’s had a positive experience on Eagle Rock Boulevard, Larimore said. Auntie Em’s quickly developed a strong customer base and benefited from the slow increase of middle-class residents in the neighborhood.

“I would not blame gentrification [for the closing]; in fact, it seemed to help in some ways,” Larimore said. “Having a little money in the neighborhood was always helpful since we were committed to serving organic, local and seasonal produce, which is not cheap.”

She also appreciated the proximity to Occidental College and thanked the students for their support. In the past, some have worked there, although most just came to eat. Wylie Peremarti (sophomore) remembered eating at Auntie Em’s during one of his first weekends at Occidental.

Love local restaurants? Email us at Weekly.oxy.edu or Tweet us @OxyWeekly