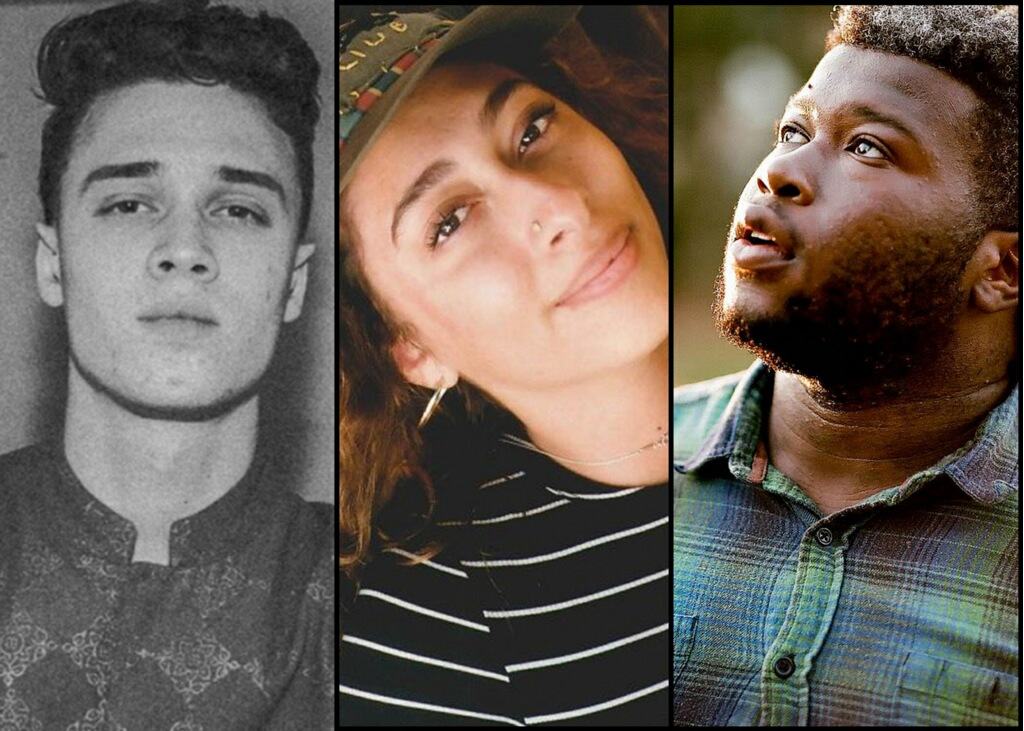 Naturally inclined to produce art, Steven Pereira (junior) honed his artistic talents throughout his adolescence to present day. He cites giving up on acting as one of the best decisions he has ever made, as it allowed him to enter his school’s visual art department in high school. Taking full advantage of a conservatory-style artistic education at Edward R. Murrow high school in New York, Pereira studied a variety of mediums but was most attracted to painting and photography. At Occidental, Pereira continues to produce art, currently working on a mural inspired by the protests at Occidental last Fall.

“I discovered photography because I wanted to be able to better compose and create the images I wanted to see on canvas,” Pereira said. “In my own work, I mainly paint portraits in oils of images I had carefully curated on my camera.”

Pereira won a National Gold Medal for Photography at age 17 after submitting a painting over a printed photograph to the Scholastic Art and Writing Awards. Pereira also takes great pride in the opportunity to have had this piece transformed into a mural, publicly shown in his hometown, Brooklyn, New York on Bedford and Broadway in 2014.

Pereira has built on this momentum, creating No Blank Space — a campaign that highlights the socially transformative power of art — with two other Occidental students, Ian Silverstein (junior) and Adrianna Houseman (junior). Pereira developed No Blank Space as a project for a class called “Media and Global change” within the Diplomacy and World Affairs (DWA) department, taught by Prof. Sherry Simpson-Dean. Simpson-Dean asked students to participate in a global campaign that inspired social change — or to create one themselves. Pereira chose the latter. In collaboration with Silverstein and Houseman, No Blank Space approaches its first artistic release.

“What we seek to achieve is still the same,” Pereira said. “To use street art to subvert traditional channels of diplomacy and to allow marginalized/unheard communities to express their narratives in the hope of facilitating peace.”

Currently, the group is working on a mural commemorating last fall’s Oxy United for Black Liberation (OUBL), an organized protest and mass student occupation that demanded racial equality at Occidental. The mural is the first official work from No Blank Space, developed as an attempt to utilize public diplomacy through the medium of art, serving as a remembrance to the commitment of over 600 student supporters to keep fighting until the needs of marginalized students are met.

“We wanted to create a campaign that catalyzed on the visual presence and connectivity of murals to bring people on opposing sides of long-term conflicts together,” Pereira said.

Silverstein says that, for him, creating this mural means everything.

“[The creation of this mural] provides me with an opportunity … to understand and connect with [the events from last year] on a deeper level,” Silverstein said. “[It is] an effort to make sure the memory is not forgotten and progress and change is not placed at the wayside as the feelings of the occupation fade.”

Pereira intends to conceal both the location of and the artwork for the mural until it is finished. Pereira shared the themes that inspire this piece.

“We chose what we’re painting based on … Oxy students’ emotional reactions to the occupation, racial reality beyond Oxy’s campus and first-hand experiences from students,” Pereira said. “And some pretty dope historical symbolism.”

As Pereira, Silverstein and Houseman create this piece, they do so with the hope that it will preserve the energy and importance of last year’s student occupation. They seek to demonstrate that, both as a campus and as a society, we still have so much more work to do — work to shatter the barriers that oppress one race while privileging another, that accept one identity while rejecting others.

“As a black student at Occidental College, I understand that the occupation was for me and all students; to be able to pay homage to those who fought on behalf of all of us is such a huge honor,” Pereira said.

Love student art? Email us at Weekly.oxy.edu or Tweet us @OxyWeekly