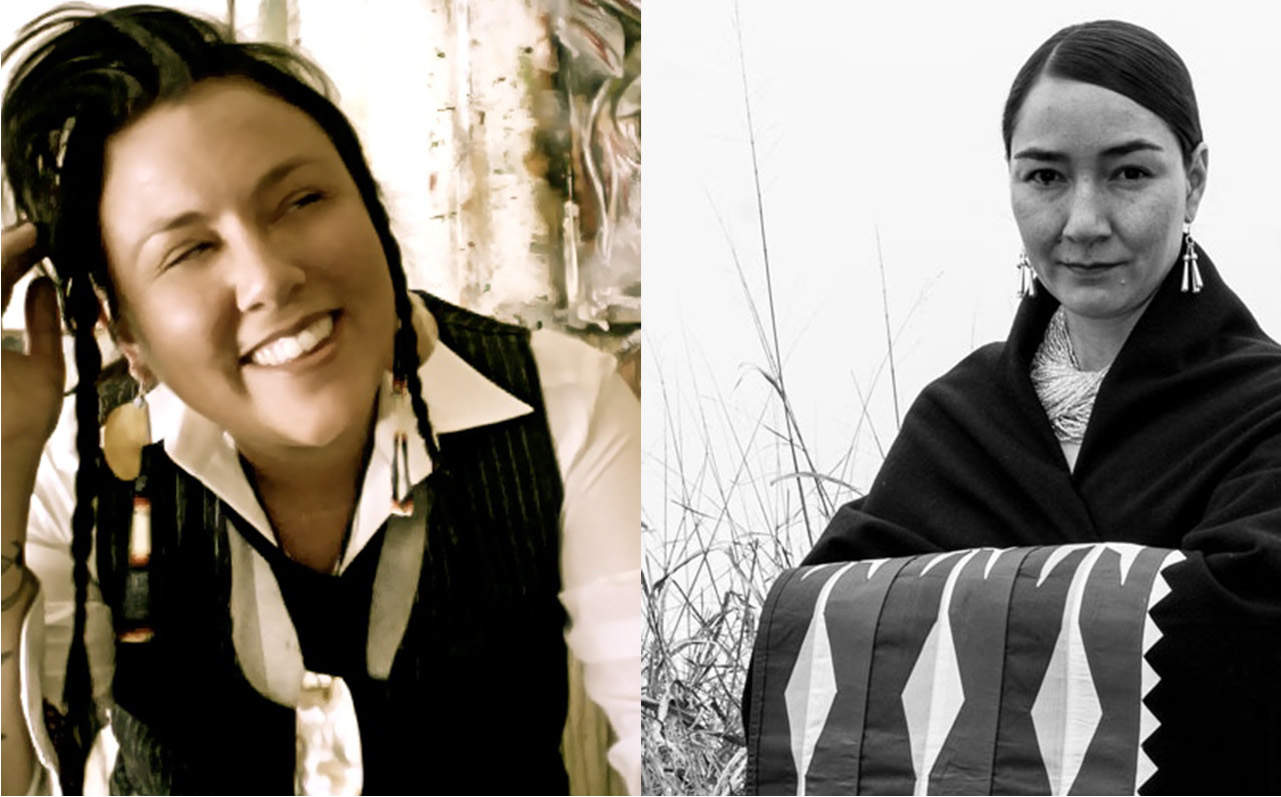 Marcella Ernest (Ojibwe) and Keli Mashburn (Osage), two internationally-recognized Native American artists, presented their film collaborations to Occidental students in Choi auditorium Nov. 22, 2016. Ernest is known for her experimental films. Mashburn works predominantly in black and white photography. The lecture and screening were hosted by Occidental’s Professor Nancy Marie Mithlo, who specializes in Native American art. The auditorium was filled with students and members of the public who came ready to absorb the artists’ work and ask questions about the films.

“Ga ni tha” was screened at the Biennale, a prestigious international art show in Venice, Italy, in 2015. It was part of an exhibit of Native American art curated by Mithlo.

Both films are short, experimental pieces that combine landscape photos of wide prairies and forests with film clips that, in contrast to the expansive photos, are often so close up they seem abstract.

Both films also use multiple videos lined up in a sort of slip-screen effect. “Ga ni tha” has two videos running side-by-side; “Reduction” has three. In “Ga ni tha” the video clips and landscape photos are shown in quick succession, rotated, flipped upside down and mirrored, taking on a kaleidoscopic effect. The end result is somewhat disorienting, but in an intriguing, almost hypnotic way. Ernest explained that creating the effect was a challenging task. There was a lot of swearing involved, she joked.

The soundtrack for “Ga ni tha” is a combination of ambient sounds from nature and a Native American song, which Mashburn explained is meant to accompany a war dance. Ernest used the sounds from nature to complement the landscape images.

“That to me added a different layer of letting the land have a voice,” Ernest said.

Mashburn explained the Native American language featured in the song is also key because it plays into the preservation of language and oral history.

“Reduction” is more of a narrative piece and its story is also tied to preserving Native American cultural practices. Again, the film focuses on natural scenes, devoid of human construction. In contrast to “Ga ni tha,” the images in “Reduction” center specifically on the effects of fire, landscapes after a fire, smoke, close-up footage of flickering white embers against a dark background.

The soundtrack for “Reduction” includes nature sounds and English narration that describes the practice of culturally burning land in which some Native American tribes participate.

Ernest explained that cultural burns are low, controlled fires set over areas of land every few years to help continue natural life cycles of the land and provide a continuing supply of new vegetation for wildlife. She said this was part of the belief that humans have a duty to take care of and maintain the earth.

Ernest and Marshburn discussed how the right to perform cultural burns is part of the ongoing issue of Native American ownership of lands. The Dakota Access pipeline was mentioned as another example of Native American land rights being disrespected. “Reduction” is a piece about the beauty of nature that also touches on more political topics.

In 2017, Ernest and Mashburn will premiere another collaboration, a video and photography exhibit called “Wa.shka,” a common phrase, often used when saying goodbye to someone which translates to “do your best.” The exhibit, co-curated by Mithlo, will be part of another showing of Native American art at the Biennale.

Both Ernest and Mashburn said they were excited about the new experience of collaborating. Ernest said collaborating made the outcome of her work even more important.

“You have a responsibility not only to yourself but to the person you’re working with,” Ernest explained.

Love art? Email us at Weekly.oxy.edu or Tweet us @OxyWeekly