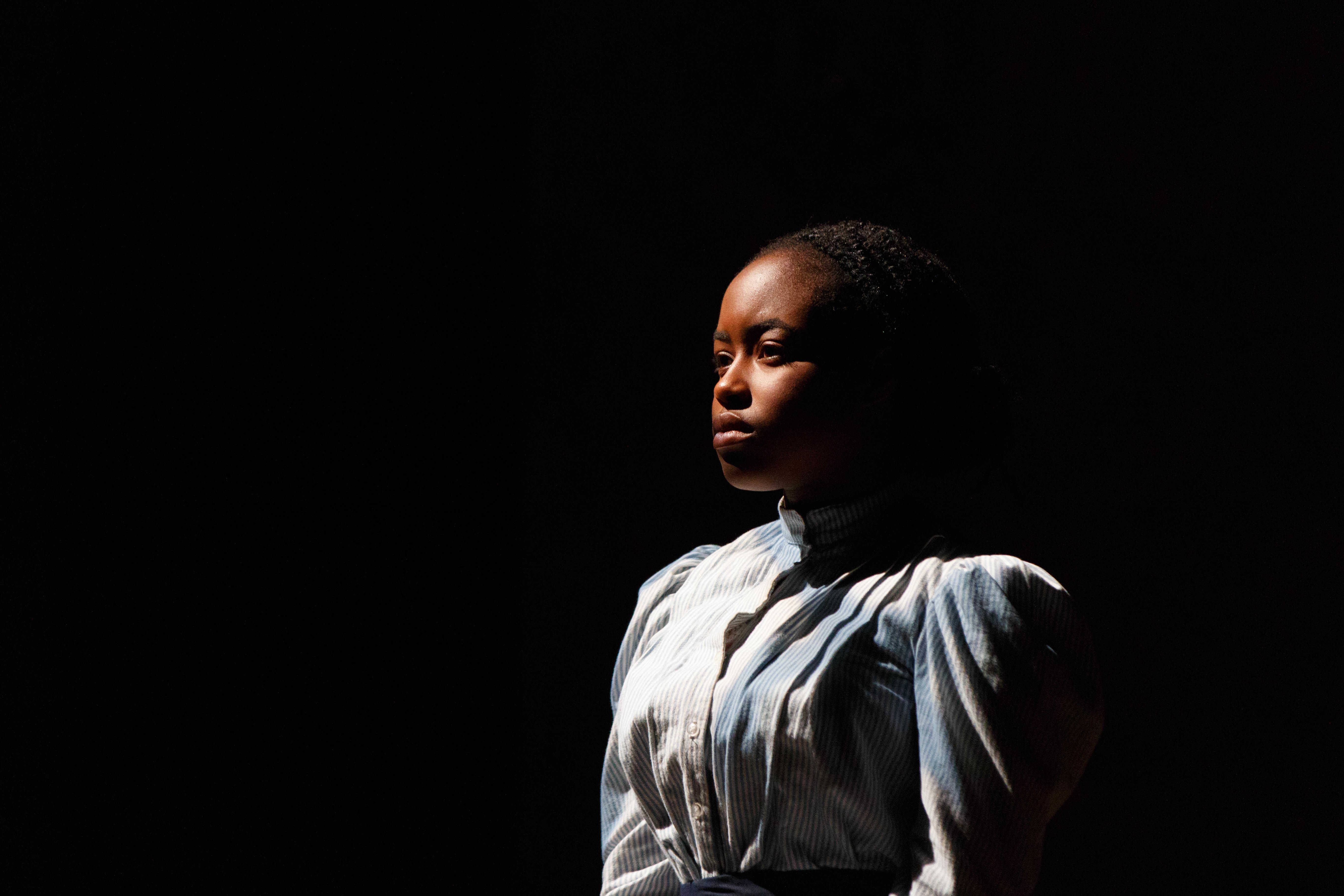 Selections from Beyoncé’s “Lemonade” played overhead, abuzz with lively chitchat from excited guests, Keck theater was transformed into a platform of empowerment, ready to showcase previously untold narratives of women of color. The stage was divided into various levels with stairs connecting the rooms: a lavish boudoir, a humble fabric shop, a common bedroom and a well-loved sewing machine. Occidental Drama presented “Intimate Apparel,” written by Pulitzer-winning playwright Lynn Nottage and directed by Sarah Kozinn. It opened Thursday and ran until Sunday.

Based on the life of Nottage’s great-grandmother, “Intimate Apparel” is set in New York City in 1905. The play follows 35-year-old Esther Mills, played by Doyin Domingo (senior), an African-American seamstress who runs an intimate apparel business. Her skills with a needle and thread are prized by a wide range of clients from wealthy white women to African-American prostitutes. Despite her success, Esther struggles to navigate her desires for both love and independence.

As the characters moved from scene to scene, room to room and level to level, Kozinn created an organic flow of time and space unlike strict linear storytelling.

“There’s a sense that this is the story that Lynn Nottage was told. I imagine it as kind of a memory of play. When we tell a story of our lives, we don’t tell it from A to B. We select these moments that are important,” Kozinn said.

Intimate Apparel stands out among past productions from Occidental’s theater department as it gave people of color center stage, allowing them to tell their own stories. The majority of the characters were people of color, including the protagonist and the antagonist.

There are not many plays that portray black women as honestly and organically as Nottage does, according to Kozinn. Howell describes the play as especially empowering for black women, seeing people like herself portrayed as strong and independent onstage. Despite the struggles and challenges Mayme, Esther and Mrs. Dickson face, the three characters continue to persevere. Isom stated that this representation is especially important for the diverse Occidental community.

“It’s important as a school to show that representation. Not only that our stories are being told, but that there are opportunities for us to engage in telling those stories,” Isom said.

In many ways, the play tells the stories of those who are typically not given a voice and are not included in the narrative of New York City in 1905, like those of an unmarried woman or a Jewish shopkeeper.

Intimate Apparel is a feminist piece that is especially relevant in 2016. None of the women in the play is a saint, each is layered and has her flaws, according to McKiernan, but that is what makes the play so poignant. Esther owns her own intimate apparel business and works diligently for each dollar she owns. Mayme, Esther, Mrs. Van Buren and even Mrs. Dickson are allowed to healthily explore and discuss their sexuality without shame. Women are portrayed realistically as having lives, struggles and goals that do not revolve around men. As McKiernan noted, women do not have to act traditionally or stereotypically to be alive and compelling.

“You can still be alive without having the things that people think make women alive,” McKiernan said.

Many of the scenes occur outside of the public sphere such as in Mrs. Van Buren’s boudoir. To me, these seemingly private moments depicted true displays of woman power and resilience. The show emphasized the versatility of acts of intersectional feminism; something as seemingly mundane as sewing underwear was emphasized as a radical action. Intimate Apparel challenges the ideals of what “activism” looks like and highlights the all too often overlooked efforts women of color have put forth in furthering women’s empowerment in America.